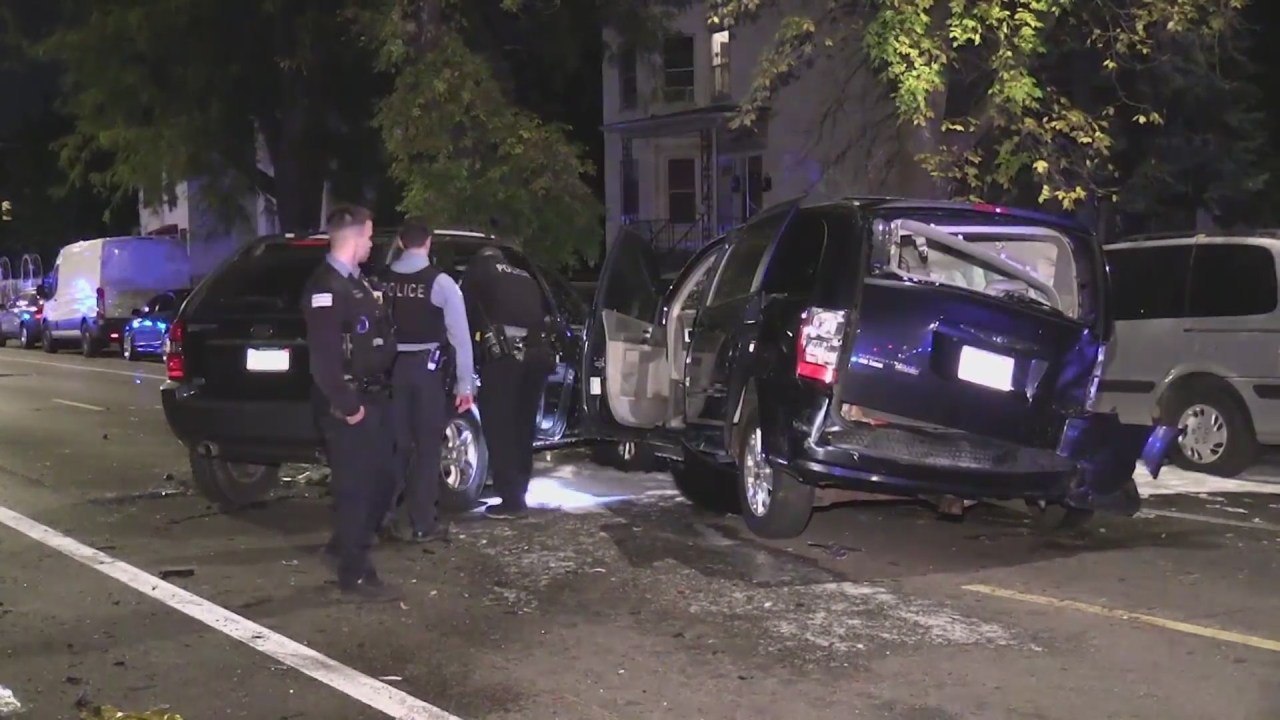 CHICAGO — Three people were injured after a carjacking in Belmont Cragin led to a fiery crash involving eight vehicles.

Police said a man, 30, was sitting in his Kia Sportage on the 5100 block of West Montana Street around 2 a.m. Saturday when two men forced him out of his car at gunpoint and took off with the vehicle.

The owner of the Kia then hopped into a nearby van to follow the carjackers. He got about a half mile before he crashed into another car on North Laramie Street.

Police said the 30-year-old and carjackers in the Kia then crashed into several parked cars. A total of eight vehicles were involved. The stolen Kia then caught on fire and the carjackers ran from the scene.

The 30-year-old and two others inside the van were injured and taken to Stroger Hospital. They are expected to be OK.

No one has been taken into custody.

Chicago Shooting News Live: A gunman on a rooftop opened fire on an Independence Day parade in suburban Chicago on Monday, killing at least six people, wounding at least 30 and sending hundreds of … END_OF_DOCUMENT_TOKEN_TO_BE_REPLACED

The real estate industry is beyond crowded — it seems like agents are popping up everywhere and taking aim at your clients. So, how can you cut through all that noise to stand out? You’ve got to … END_OF_DOCUMENT_TOKEN_TO_BE_REPLACED

Chicago Mayor Lori Lightfoot confirmed to the New York Times that the Chicago Police Department is assisting in the response and investigation.  “Law enforcement is working hard to bring the shooter … END_OF_DOCUMENT_TOKEN_TO_BE_REPLACED