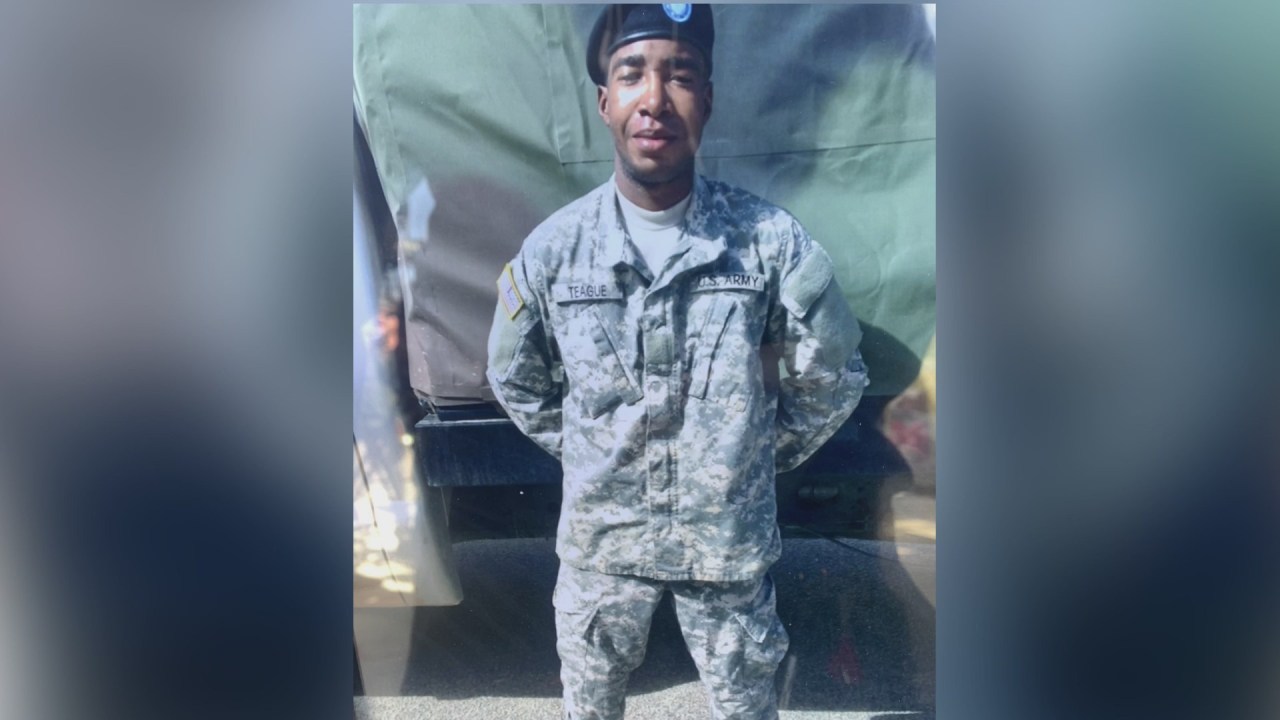 CHICAGO — A $15,000 reward is now offered for the conviction of the gunman who killed a U.S. Army veteran in Chicago’s University Village neighborhood last fall.

This week, authorities released pictures of a vehicle and person wanted in this case.
The vehicle is described as a black SUV resembling a GMC Yukon from 2000-2006.

Teague enlisted in the army in 2014 and won several awards for his service, including a National Defense service medal.

On Saturday, family and community members came together for a balloon release and to raise awareness of the crime that remains unsolved.

“This is a time I feel we do need to come together,” Alderwoman Emma Mitts said. “This is not just about a war. This is about people’s lives

Teague’s family said they are heartbroken and don’t know why anyone would want him dead.

“He was my best friend. I can’t replace this guy, I can’t replace him,” his father Michael Teague said. “And that monster that took him from me, I hope they find you, man.”

Gov. J.B. Pritzker on Wednesday signed into law legislation that bans so-called "ghost guns" across Illinois, making it the first Midwest state to do so. House Bill 4383 aims to crack down on "ghost … END_OF_DOCUMENT_TOKEN_TO_BE_REPLACED