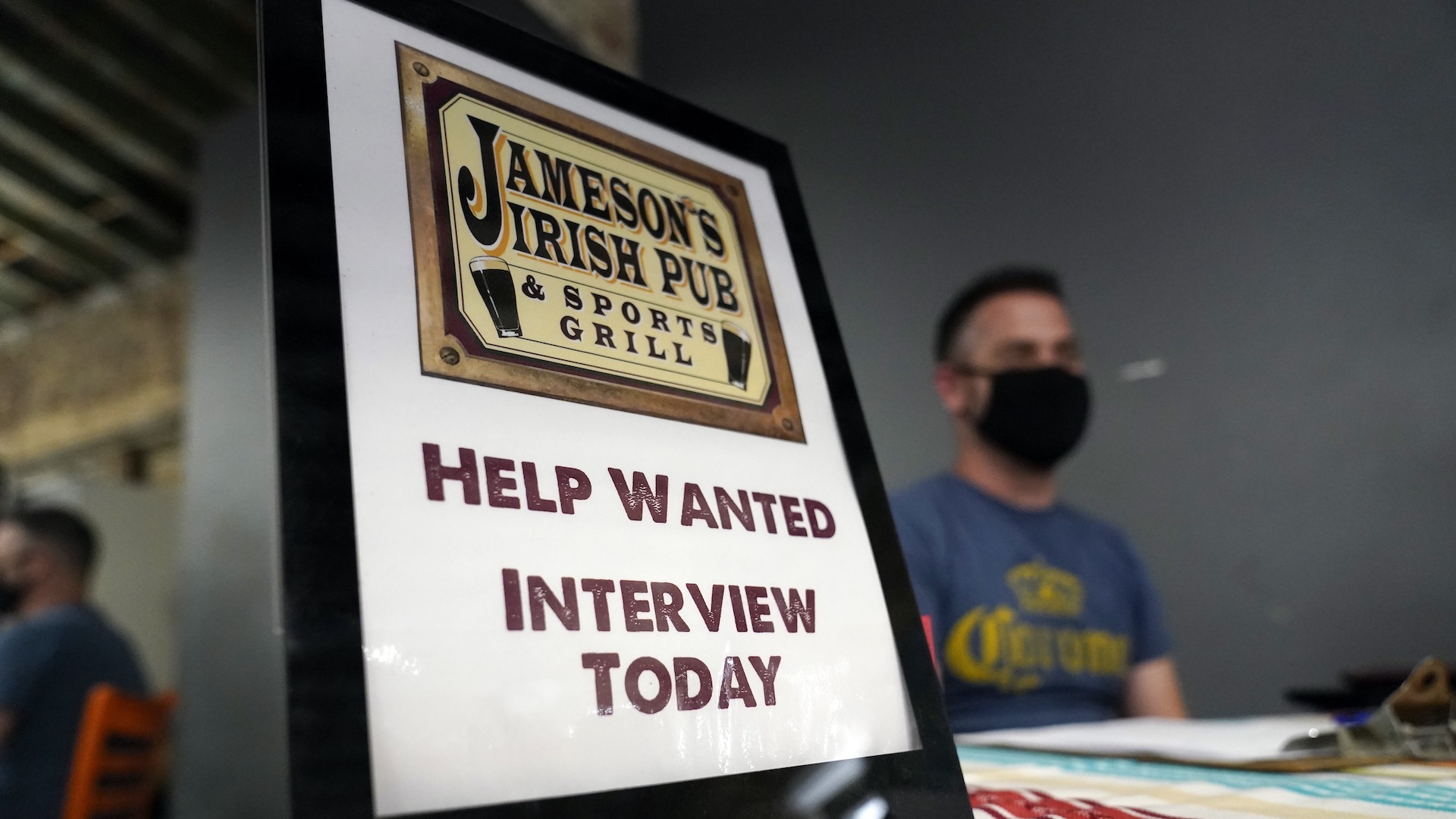 A hiring sign is shown at a booth for Jameson’s Irish Pub during a job fair on Sept. 22, 2021, in the West Hollywood section of Los Angeles. (AP Photo/Marcio Jose Sanchez, File)


WASHINGTON (AP) — A record 4.5 million American workers quit their jobs in November, a sign of confidence and more evidence that the U.S. job market is bouncing back strongly from last year’s coronavirus recession.

The Labor Department also reported Tuesday that employers posted 10.6 million job openings in November, down from 11.1 million in October but still high by historical standards.

Employers hired 6.7 million people in November, up from 6.5 million in October, the Labor Department reported Tuesday in its monthly Jobs Openings and Labor Turnover Survey.

Nick Bunker, research director at the Indeed Hiring Lab, noted that quits were high in the low-wage hotel and restaurant industries. “Lots of quits means stronger worker bargaining power which will likely feed into strong wage gains,” he said. “Wage growth was very strong in 2021, and … we might see more of the same in 2022.”

Still, the Labor Department collected the numbers before COVID-19’s omicron variant had spread widely in the United States. “While each successive wave of the pandemic caused less economic damage, there is still a risk to the labor market from the current surge of cases,” Bunker said.

The job market is rebounding from last year’s brief but intense coronavirus recession. When COVID hit, governments ordered lockdowns, consumers stayed home and many businesses closed or cut hours. Employers slashed more than 22 million jobs in March and April 2020, and the unemployment rate rocketed to 14.8%.

But massive government spending — and eventually the rollout of vaccines — brought the economy back. Employers have added 18.5 million jobs since April 2020, still leaving the U.S. still 3.9 million jobs short of what it had before the pandemic. The December jobs report, out Friday, is expected to show that the economy generated almost 393,000 more jobs this month, according to a survey by the data firm FactSet.

The unemployment rate has fallen to 4.2%, close to what economists consider full employment.

Here is a new way you can watch local news, 24 hours a day, seven days a week – for free!  NBC 5 has launched NBC Chicago News on Peacock. Here, you will see around-the-clock local news coverage. … END_OF_DOCUMENT_TOKEN_TO_BE_REPLACED

Proper Rate, the joint venture by Guaranteed Rate and @properties, has named Rich Honquest as a new vice president of mortgage lending. In the position, Honquest will be originating loans in the … END_OF_DOCUMENT_TOKEN_TO_BE_REPLACED

Tuition for out-of-state and international freshmen will increase by 2.5% in Urbana-Champaign, 1.8% in Chicago and 1.5% in Springfield. Tuition at U of I was previously frozen from 2015-2019 and in … END_OF_DOCUMENT_TOKEN_TO_BE_REPLACED