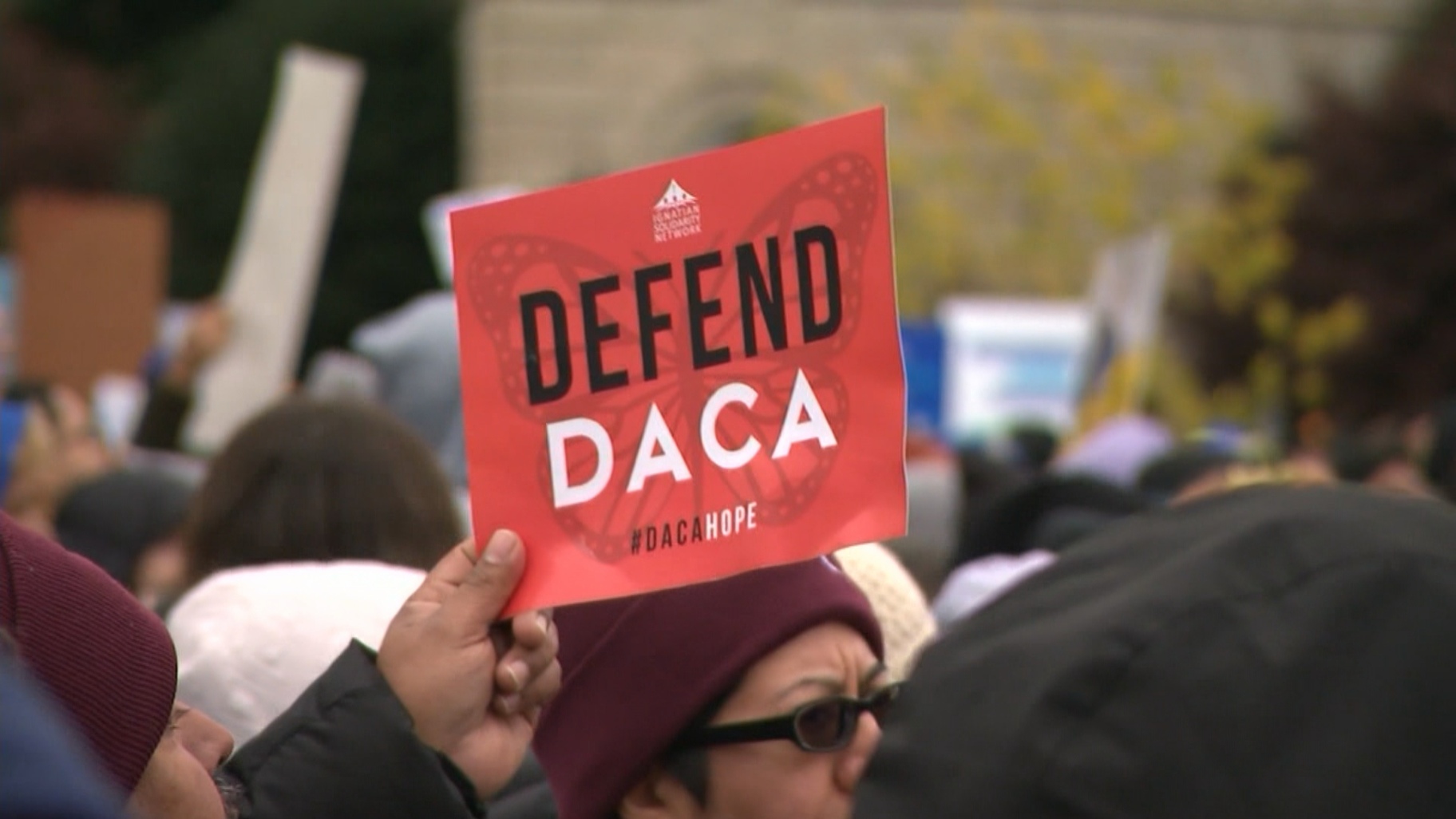 Immigrants protected by the DACA program, or Deferred Action for Childhood Arrivals, have been in limbo over the last few years as the program has been challenged in the courts.

Now, just weeks before the next Congressional session begins — and Republicans assume control of the House — some Democrats are hoping to use the lame-duck session to protect the program.

On Wednesday, Sen. Dick Durbin, D-Illinois, held a press conference outside of the Capitol to highlight the importance of protecting DACA recipients through legislative efforts.

While it is unclear if this legislation will reflect the previous Dream Act, which aimed to create a pathway to citizenship for undocumented youth or “dreamers,” Durbin says he welcomes Republicans who want to work with him.

“I’m prepared to sit down with any Republican in the Senate who wants to talk about this issue,” he said.

“Unfortunately, it takes more than just the Democrats to make sure that we get a Dream Act passed. That’s what the challenge is right now,” Raymundo said.

“We need nationally to start putting pressure on Republican senators to also join in and pass the Dream Act so we can pass DACA once and for all,” he added.

Due to ongoing litigation, the program cannot accept new applicants, and current recipients must renew applications every two years. This has been a stressor for the more than 600,000 DACA recipients, and thousands more undocumented individuals who are unable to apply.

“It was always a sense of instability, lack of safety, fear, just in limbo…” said Karen Villagomez, a former DACA recipient who has recently become a citizen.

Villagomez is an attorney who has been previously championed by Durbin for her scholastic achievements, despite facing many legal challenges along the way.

“Enough is enough. I feel like DACA recipients have become this pawn of this political issue. It’s not an issue. We’re Americans,” Villagomez said.

Villagomez believes many DACA recipients have lost hope over the years due to inaction in Congress.

While Durbin has been pushing for Dreamers to have a pathway to citizenship for more than a decade, some hope that the overall immigration movement does not lose sight of bigger goals.

“I think the goal of our community base has always been creating a pathway to citizenship for all 11 million folks. That includes DACA recipients, their parents,” said Glo Choi, an undocumented person without DACA.

Choi is also a community organizer with the HANA Center and co-chair of the Illinois Coalition for Immigrant and Refugee Rights’ Action Council.

“For us, it’s always been how do we include everybody in as many pathways as possible. With the lame duck, we’re not sure what that legislative path looks like,” Choi said.

In the past, efforts to legalize undocumented youth has often come at the expense of placing blame on another group: their parents. Choi hopes that whatever Congress decides to do, they don’t further harm the undocumented community.

“For us as impacted people, we want to see a pathway to citizenship, period,” Choi said. “And that doesn’t harm our communities in the way of creating doors for some of us.”

CHICAGO — A Chicago man faces criminal charges in the riot at the US Capitol nearly two years ago.  Federal authorities say James McNamara was identified as the suspect seen repeatedly ramming the … END_OF_DOCUMENT_TOKEN_TO_BE_REPLACED

Other provisions would loosen the definition of an EV worker and appear to be aimed at existing automakers in Illinois, especially Stellantis and Ford. They have huge conventional auto assembly plants … END_OF_DOCUMENT_TOKEN_TO_BE_REPLACED