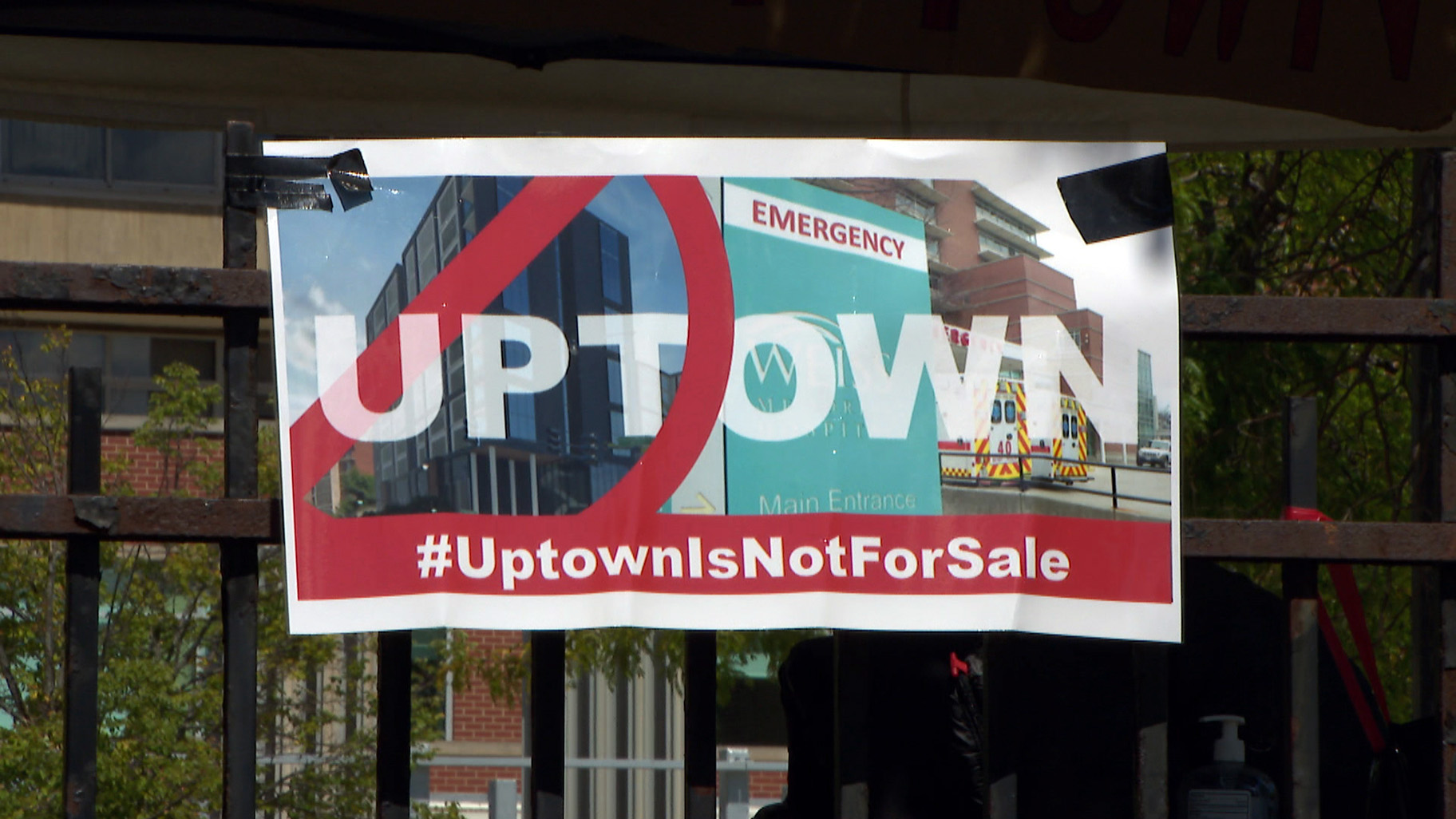 Affordable housing activists in Uptown have been camped out in a parking lot for more than a week in a bid to block construction of a new luxury condo development.

The lot at the corner of Wilson Avenue and Marine Drive was formerly owned by Weiss Memorial Hospital. It was subsequently sold and is now owned by Lincoln Property Company, which aims to build a 314-unit apartment building on the site.

But just eight of those units will qualify as affordable.

In a community ravaged by homelessness and with an affordable housing crisis, activists are crying foul.

Angela Clay, an organizer for the progressive group Northside Action for Justice, notes the site of the planned development is not just a parking lot, but an “expansion space that could be used for the betterment of the community.”

“If we are talking about using it for housing, which is a need for every one of us in this ward, then we should be talking about making sure it is affordable for our neighbors that are sleeping in tents just a stone’s throw away from this development,” says Clay. “It’s basically a line in the sand for us as a gentrifying neighborhood … (We’re) just trying to make sure that all aspects of our community is properly served. And that starts with affordable housing – and that means having more than just eight units out of 314 proposed units be affordable.”

Adam Gottlieb, a writer and organizer with the Chicago Union of the Homeless, says that at the core of the protests over the condo development is the issue of community, and community access to essential resources like housing and health care as well as ensuring decisions are made for the good of the whole community.

“It’s a very broad coalition of neighbors and activists on all sorts of different fronts who have come together for over two years now to fight this specific development because it’s at the intersection of so many issues,” says Gottlieb. “None of us are against housing, but the units that they want to build in this development are way more expensive than most people in Uptown can afford.”

Lincoln Property Company declined to be interviewed for this story.