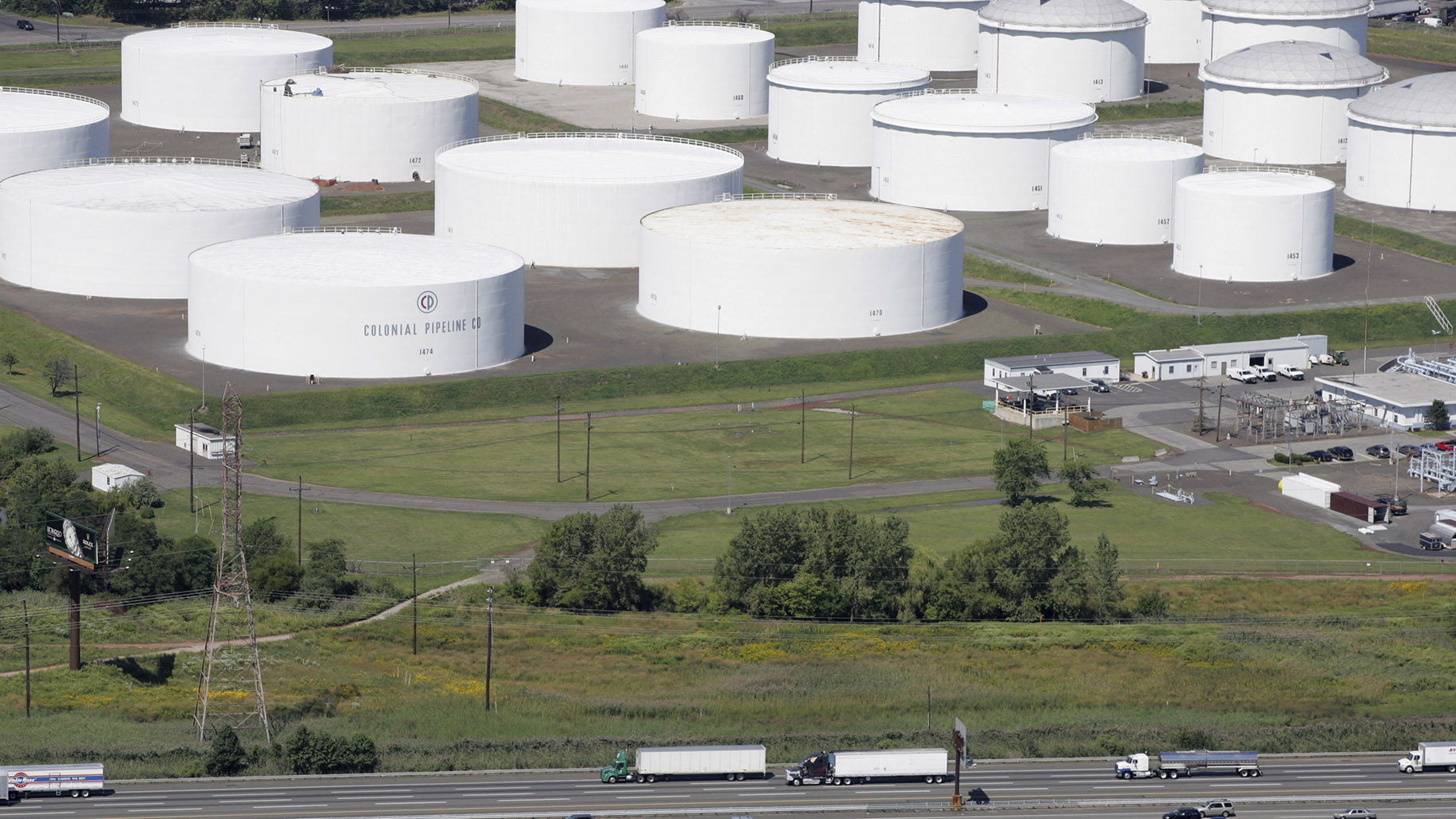 
As the shutdown of a major fuel pipeline entered into its fifth day, efforts are under way to stave off potential fuel shortages, though no widespread disruptions were evident.

The Colonial Pipeline, which delivers about 45% of the fuel consumed on the East Coast, was  hit by a cyberattack on Friday. The attack raised concerns, once again, about the vulnerability of the nation’s critical infrastructure. Ransomware attacks are typically carried out by criminal hackers who scramble data to paralyze their target’s networks. Large payments are demanded to decrypt it.

There were reports of gas stations in the Southeast running out of gasoline, according to Gasbuddy.com, which tracks outages and prices. In Virginia, 7.5% of the state’s 3,880 gas stations reported running out of fuel. In North Carolina, 5.4% of 5,372 stations were out, the company said.

By Tuesday, more than 1,000 gas stations had run out of gasoline, shortages primarily driven by panic buying.

“A lot of that is because they’re selling three or four times as much gasoline that they normally sell in a given day, because people do panic,” said Tom Kloza, a veteran analyst with S&P’s Oil Price Information Service. “It becomes a self-fulfilling prophecy.”

The states most dependent on the pipeline include Alabama, Georgia, Tennessee and the Carolinas, he said.

Secretary of Energy Jennifer Granholm told reporters Tuesday that a large part of the pipeline resumed operations manually late Monday, and Colonial will be able restart most of its operations by the end of the week. Motorists may still feel a crunch because it takes a few days to ramp up operations, she said.

“We know that we have gasoline, we just have to get it to the right places,” Granholm said.

Granholm urged people not to hoard gasoline saying there is no need, and she warned gas station owners as well.

“We will have no tolerance for price gauging,” Granholm said.

The White House said this week that it is monitoring supply in parts of the Southeast and that President Joe Biden had directed federal agencies to bring their resources to bear.

There is action at the state level as well. Georgia Gov. Brian Kemp suspended state taxes on motor fuels through Saturday. Georgia collects a gasoline tax of 28.7 cents per gallon and a diesel tax of 32.2 cents per gallon.

“It will probably help level the price at the pump off for a little while,” Kemp told reporters at DeKalb-Peachtree Airport in Chamblee, an Atlanta suburb.

However, Kemp also urged people not to hoard gasoline, saying he expected the situation to be resolved soon.

“You don’t need to go out and fill up every 5-gallon can you’ve got,” Kemp said.

Scattered gas stations in metro Atlanta were out of fuel Monday and Tuesday, but most were operating normally. In Georgia, nearly 4% of 6,368 stations had run out of fuel, Gasbuddy.com said.

In Florida, just 2% of the gas stations had run out of fuel. Nevertheless, consumers in some areas faced long lines.

Dave Gussak drove from one station to the next in Tallahassee, Florida in search of gas without success, he said. After putting a number of miles on his vehicle, he said he saw a line nearly a mile long at the gas pumps outside of a Costco store.

Gussak eventually passed a station with gas on the way to Florida State University where he works. “This is insane,” said Gussak.

Irena Yanava’s tank was about half full, but she wasn’t about to take chances as she sat in her car at the same Tallahassee gas station. She had heard stories from friends about their search for gas. “I was just driving by and I saw that there was a line here of cars, and I know that I’ll be needing it soon, so why not?” she said.

The Colonial Pipeline carries jet fuel as well, and planes at the busy suburban airport where Kemp spoke Tuesday were being fueled and taking off.

American Airlines rerouted two long-haul flights from Charlotte due to possible fuel shortages, but said overall impact has been minimal. Passengers flying to Honolulu will have to change planes in Dallas, and those heading to London will stop in Boston to refuel.

The cyberattack on the Colonial Pipeline struck as the Biden administration, still grappling with its response to massive breaches by Russia of federal agencies and private corporations, works on an executive order intended to strengthen cybersecurity defenses. The Justice Department, meanwhile, has formed a ransomware task force designed for such situations. The Energy Department on April 20 announced a 100-day initiative focused on protecting energy infrastructure from cyber threats. Similar actions are planned for other critical industries, such as water and natural gas.

The challenge facing the government and the private sector is immense.

The FBI assigned blame Monday in the Colonial attack to DarkSide, a criminal syndicate whose ransomware was used to snarl pipeline operations. The group’s members are Russian speakers, and the syndicate’s malware is coded not to attack networks using Russian-language keyboards. Russia has denied any involvement in the attack.

Asked Monday whether Russia was involved, Biden said, “I’m going to be meeting with President (Vladimir) Putin, and so far there is no evidence based on, from our intelligence people, that Russia is involved, although there is evidence that the actors, ransomware, is in Russia.”

“They have some responsibility to deal with this,” he said.

The Kremlin on Tuesday rejected any suggestion it was involved in the attack.

“Russia didn’t have anything to do with hacking attacks that had taken place earlier,” Kremlin spokesman Dmitry Peskov said in a conference call with reporters. “We categorically don’t accept any accusations against us in this regard.”

Cook County this week has 51 cases per 100,000 people, up 78 percent from the prior 7-day period, CDC data shows. Under the federal agency’s recommendation, areas of substantial transmission are those … END_OF_DOCUMENT_TOKEN_TO_BE_REPLACED

Origin launched its first QOZ fund in 2018 and has committed $100 million of the $265 million it raised to five apartment projects, including one recently completed in Pilsen. Origin plans to use the … END_OF_DOCUMENT_TOKEN_TO_BE_REPLACED