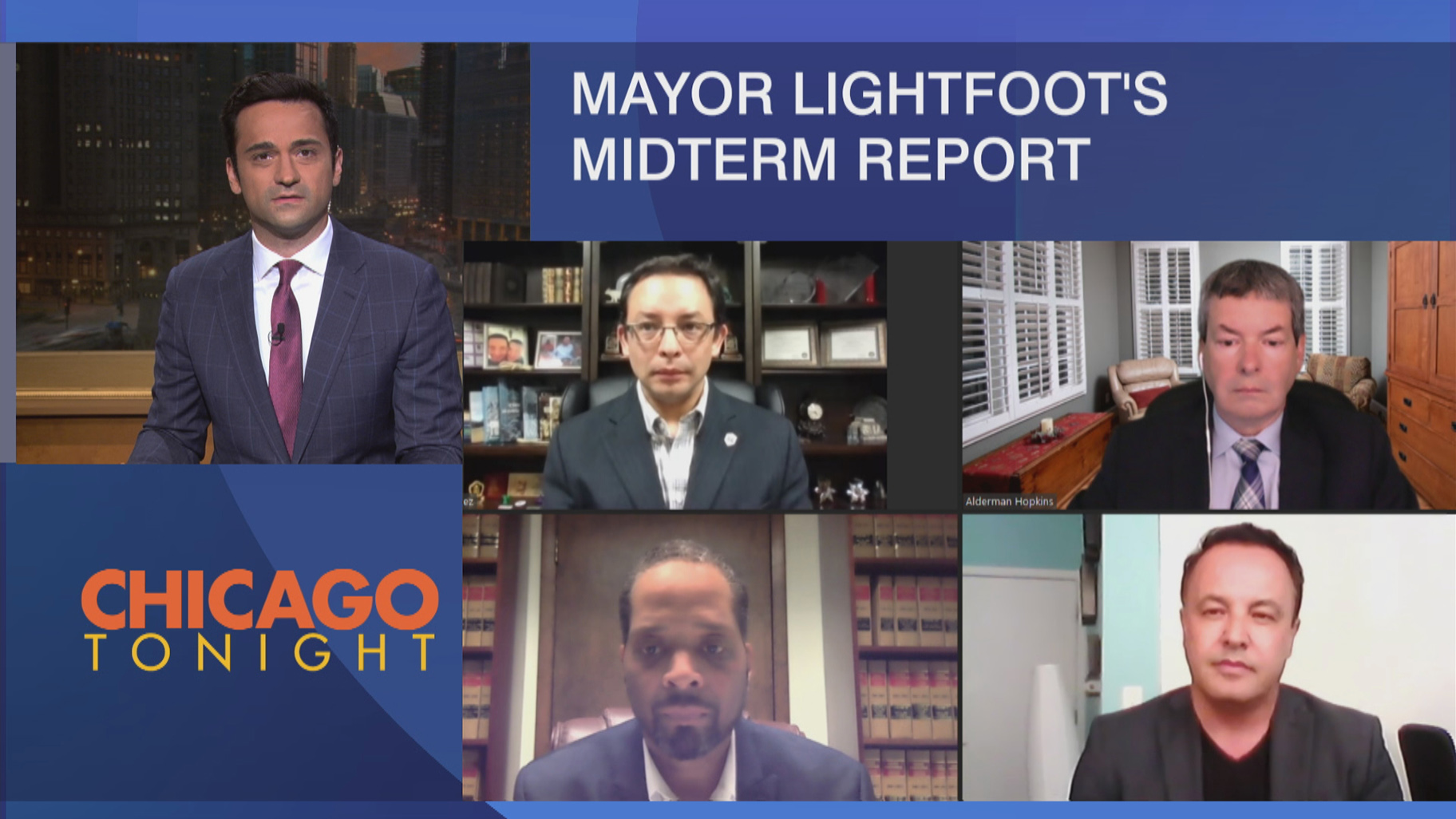 A trio of aldermen gave Mayor Lori Lightfoot poor marks for her accomplishments during her first two years in office, citing her record on crime and divisive governing style in an interview Thursday night with “Chicago Tonight.”

Ald. Anthony Beale (9th Ward), Ald. Raymond Lopez (15th Ward) and Ald. Brian Hopkins (2nd Ward) have been among Lightfoot’s most consistent critics since she took office in 2019 and said the mayor has done nothing that has forced them to reconsider their opinion.

Even Ald. George Cardenas (12th Ward), recently tapped by Lightfoot to serve as her deputy floor leader, acknowledged the mayor was struggling, which he attributed to the COVID-19 pandemic.

“It has been a hard year, no doubt about it,” Cardenas said.

Beale was particularly critical of the mayor’s record on crime amid continuing increase in shootings and homicides — which are up through the first four months of 2021 compared with 2020, according to police data.

Hopkins, whose ward includes North Side neighborhoods and parts of downtown, said Lightfoot made a “mistake” earlier Thursday by emphasizing to reporters that the number of murders cleared by police had risen significantly when asked about soaring violent crime, which he said served to downplay the seriousness of the threat of violent crime.

“I know that did not go over well with the people in my community,” Hopkins said.

Part of the challenge facing Lightfoot was an exodus of officials from City Hall, leaving important roles vacant — including deputy mayor for public safety — for months, Lopez said.

Cardenas acknowledged that the buck ultimately stops with Lightfoot.

“I know there’s critics, but the garbage is getting picked up,” Cardenas said. “You can look at it half full or half empty.”

But the fact that Lightfoot is unwilling to work with aldermen, who are the experts in their wards, is holding back any real progress, Beale said.

The mayor “lacks the ability to form” productive relationships with aldermen, Hopkins said.

Lightfoot had never held elected office and had no track record in politics before trouncing veteran politician and Cook County Board President Toni Preckwinkle in the mayoral runoff in April 2019.

“There is a flip side to that coin,” Hopkins said. “You lack the political experience that you need to build relationships, to build coalitions, you need to advance your legislative agenda. She came with the assumption that she didn’t need any of that. It was not a skill she had, and it wasn’t a skill she was interested in developing.”

Harmon finally adjourned the Senate with the prediction that a bill ultimately would pass. Environmental advocates and union representatives would meet "as soon as tonight" to continue to try to hash … END_OF_DOCUMENT_TOKEN_TO_BE_REPLACED

Who ever thought that we could transition so quickly from high to low inventory? Of course, there are still houses for sale. For instance, Winnetka currently has 46 listed homes, some of which … END_OF_DOCUMENT_TOKEN_TO_BE_REPLACED