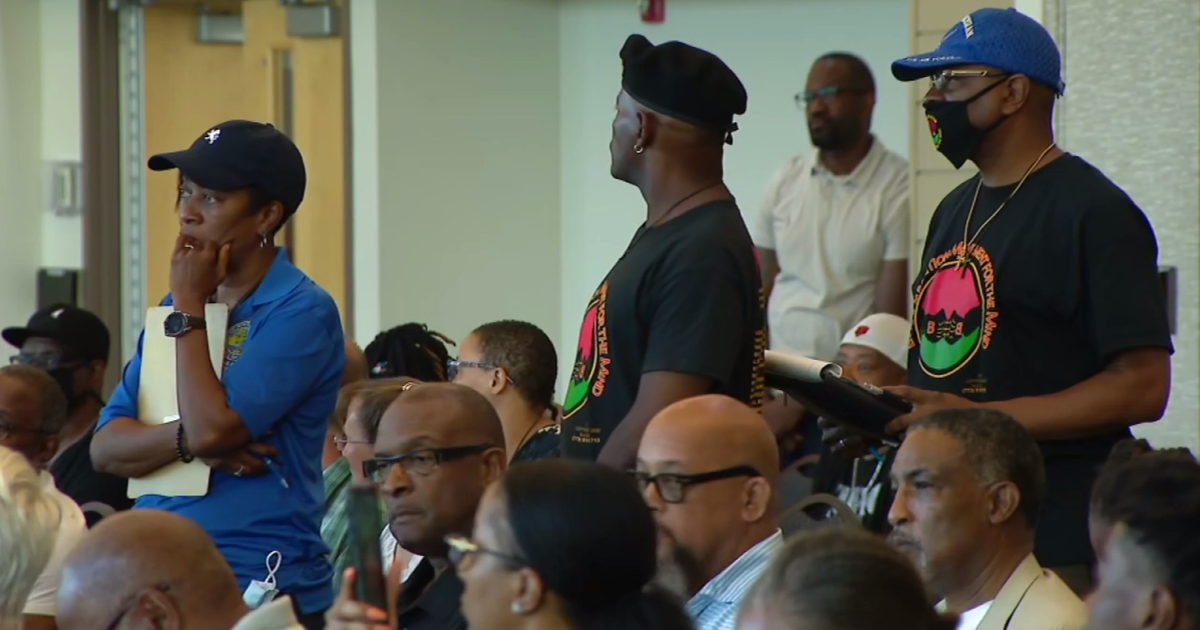 NORTH CHICAGO, Ill. (CBS) — Leaders in Lake County are calling for help – as a rash of shootings in Waukegan and other northeastern areas of the county since mid-July has the community on edge.

Neighbors in Waukegan and North Chicago are hoping for answers for a way to curb gun violence in their towns. They are calling for the same resources brought to Highland Park, at the south end of Lake County, following the July 4th parade massacre there exactly one month ago.

Ray Edwards raised his voice when he spoke about the violence in Waukegan.

“Go knock on doors in my community, and ask them how many have been hurt by this violence!” he said. “And hell yeah, I’m angry!”

Edwards issued a passionate plea for politicians to take action. The lifelong Waukegan resident spoke about those he has lost.

He said he has 50 local friends who have lost a child to violence in the last three years.

“I was in the sandbox with them!” Edwards said.

This summer, Waukegan and North Chicago have seen a rash of shootings. But one month after the parade massacre down in Highland Park, neighbors in northeast Lake County are calling for the same resources.

“Can we get one crisis counselor in here?” said Clive Macklemore. “For Black and brown communities, gun violence is daily. The trauma is ongoing. How do we get the same resources and support?”

These communities have never had a townhall meeting called by the State’s Attorney, until the one Thursday night.

According to Waukegan police, while the number of homicides has not increased significantly, the use of guns has increased over the past five years. Since the first of the year this year, there were 413 reports of shots fired in Waukegan.

But compare that to the same time period in 2017, when that number was just 183.

“There’s been an extreme uptick for this area – an uptick in violence,” said Anthony McIntyre of the Waukegan-based Antmound Foundation.

Those in the long line of people who want to join in on the conversation say there needs to be change – now. Community leaders point to gangs, guns, and economics as just some of the issues leading to violence in northeast Lake County.

They are calling on local leaders to bring in help.

“Why we can’t get no resources?” Macklemore said.

In June, the Lake County State’s Attorney’s office kicked off its violence interrupters program – which uses state and federal dollars that support programs to target violent hotspots. The State’s Attorney calls the program a work in progress.

Democrats called the bill the largest investment in fighting climate change ever made in the US, and it’s projected to help cut greenhouse gas emissions by about 40% from 2005 levels by the end of the … END_OF_DOCUMENT_TOKEN_TO_BE_REPLACED