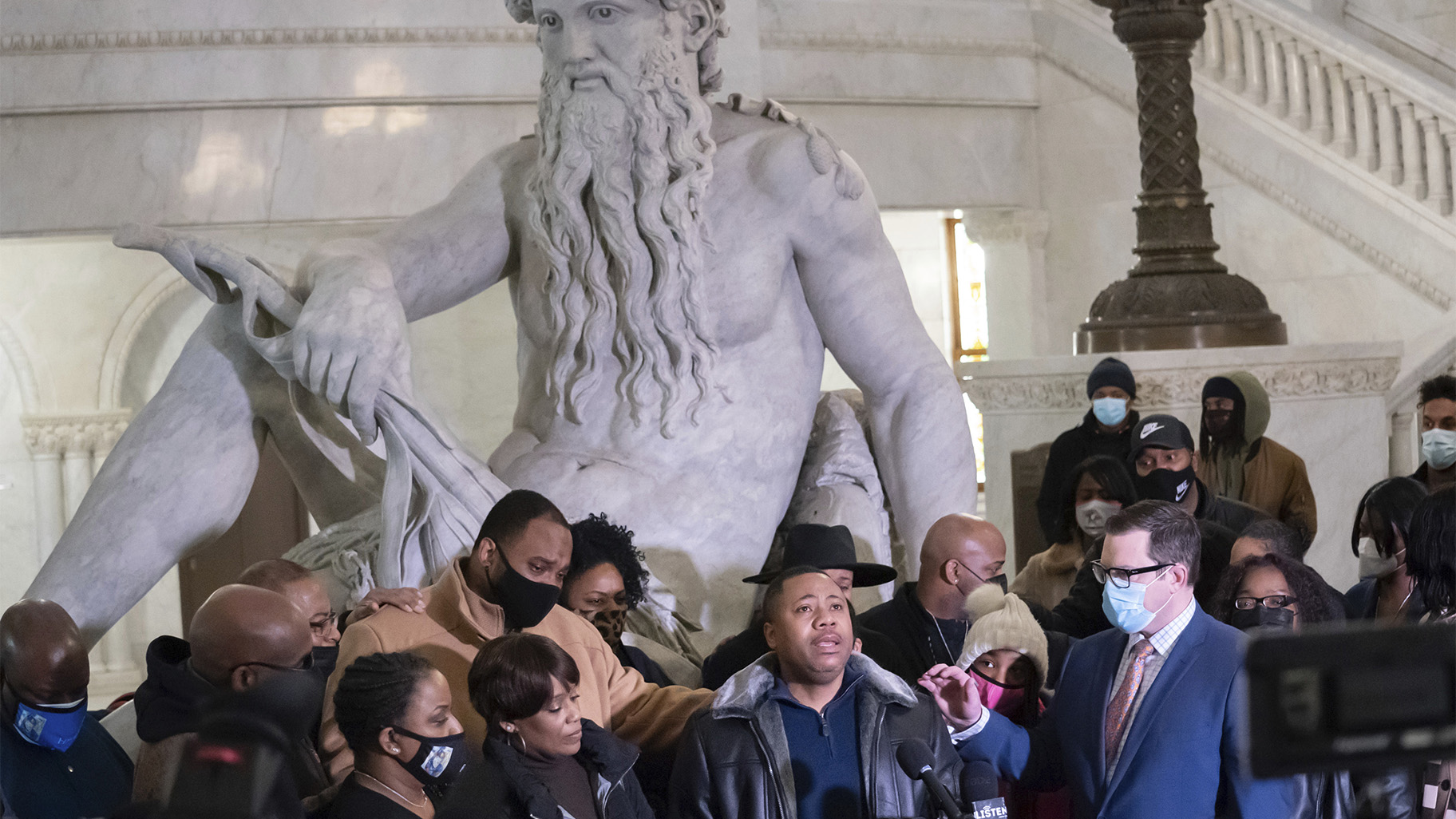 
Before he was fatally shot by a Minneapolis police officer, Amir Locke had been making plans.

The 22-year-old Black man had filed paperwork to start a music business, his mother said, and had already designed a logo. Next week, he planned to move to Dallas, where he would be closer to his mom and — he hoped — build a career as a hip-hop artist, following in the musical footsteps of his father.

His death inside a Minneapolis apartment where police were serving a search warrant early Wednesday has renewed calls for police accountability and justice for Black people who are too often victims. It also left Locke’s tight-knit family, friends and a community grieving for the life he didn’t get to live.

“Amir was a bright light, and he deserves to be able to shine,” his father, Andre Locke, said during a news conference Friday.

Many questions remain about the events leading up to Locke’s death. But a police bodycam video shows officers entering the apartment without knocking and an officer kicking the couch where Locke’s family said he was sleeping. On the video, he is seen wrapped in a comforter, beginning to move, with a pistol in his hand just before an officer fires his weapon.

Locke’s family said he had no criminal record, and he had a license and concealed carry permit for the gun, which they said he had for protection because he worked in the Minneapolis/St. Paul area as a driver for a food delivery service. His family includes several people with backgrounds in law enforcement and the military, and his parents and a cousin said they spoke often with Amir and other young Black men in the family about how to handle interactions with police: keep your hands visible, don’t make any sudden movements.

They believe Amir, who they say was a deep sleeper, was startled when the officer kicked the couch inside his cousin’s apartment and didn’t know who was inside when he grabbed for his gun.

Those closest to him repeatedly described him as “a good kid.”

“You took a good kid who was trying to make the best out of his environment, and surpass it and succeed and he was doing it,” said Reginald McClure, a close cousin of Andre Locke who works in law enforcement in Texas. “He was figuring out life, but he was doing it safely.”

Amir Locke was born in the St. Paul suburb of Maplewood, his mother Karen Wells said, with “a headful of curly hair.” He grew up in the suburbs, where he played basketball in middle school and tried out for his high school football team.

“But he broke his collarbone, so that didn’t last,” Wells recalled.

His true passion was music, and he had a natural talent for it, his mother said. Locke enjoyed hip-hop, and speaking about “the realities of what’s going on in the neighborhoods,” Andre Locke said. He also wanted to work with young people, his mother said.

McClure also recalled Amir Locke as having “a big heart.”

When his grandmother died last year, Amir didn’t want to see her body in the casket so he stayed outside in the parking lot during the funeral, McClure said. After the funeral ended, Andre Locke and the funeral director arranged to have Amir go inside through a back door so he could be alone with his grandmother.

“We have these pictures with him, and he’s standing there and he’s saying goodbye to his grandmother,” McClure said. “And here’s the crazy part. The same funeral home that he was so heartbroken to go see his grandmother in because of the bigness of his heart, is the same one he’s going to be in.”

Gov. J.B. Pritzker on Wednesday signed into law legislation that bans so-called "ghost guns" across Illinois, making it the first Midwest state to do so. House Bill 4383 aims to crack down on "ghost … END_OF_DOCUMENT_TOKEN_TO_BE_REPLACED