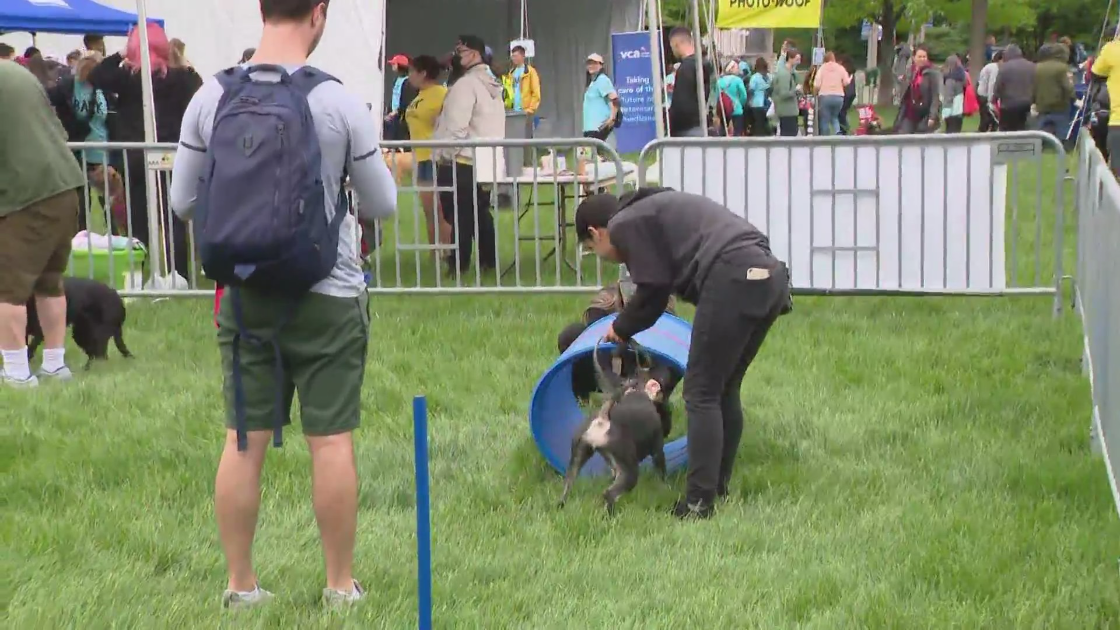 BARK is the oldest and largest dog-friendly fundraiser of its kind.

Elliott is the President and CEO of the Anti-Cruelty Society.

The fundraiser hopes to raise over $150,000 at this year’s event, which included a tribute to fallen CPD officer Ella French, who was known for her love for animals.

French was killed in the line of duty in August 2021.

“She saved a lot of dogs while she was on-duty. She rescued dogs off-duty and we went to her mother and said we’d like to dedicate this to her this year,” Elliott said.

The money raised goes toward the mission of the Anti-Cruelty Society, helping animals find a safe home as Chicago shelters are overwhelmed.

“So many people adopted during the pandemic that adoptions are down and we have the same amount of intakes, so we’re kind of in a crisis of being full,” Elliott said.

Chicago Shooting News Live: A gunman on a rooftop opened fire on an Independence Day parade in suburban Chicago on Monday, killing at least six people, wounding at least 30 and sending hundreds of … END_OF_DOCUMENT_TOKEN_TO_BE_REPLACED

The real estate industry is beyond crowded — it seems like agents are popping up everywhere and taking aim at your clients. So, how can you cut through all that noise to stand out? You’ve got to … END_OF_DOCUMENT_TOKEN_TO_BE_REPLACED

Chicago Mayor Lori Lightfoot confirmed to the New York Times that the Chicago Police Department is assisting in the response and investigation.  “Law enforcement is working hard to bring the shooter … END_OF_DOCUMENT_TOKEN_TO_BE_REPLACED