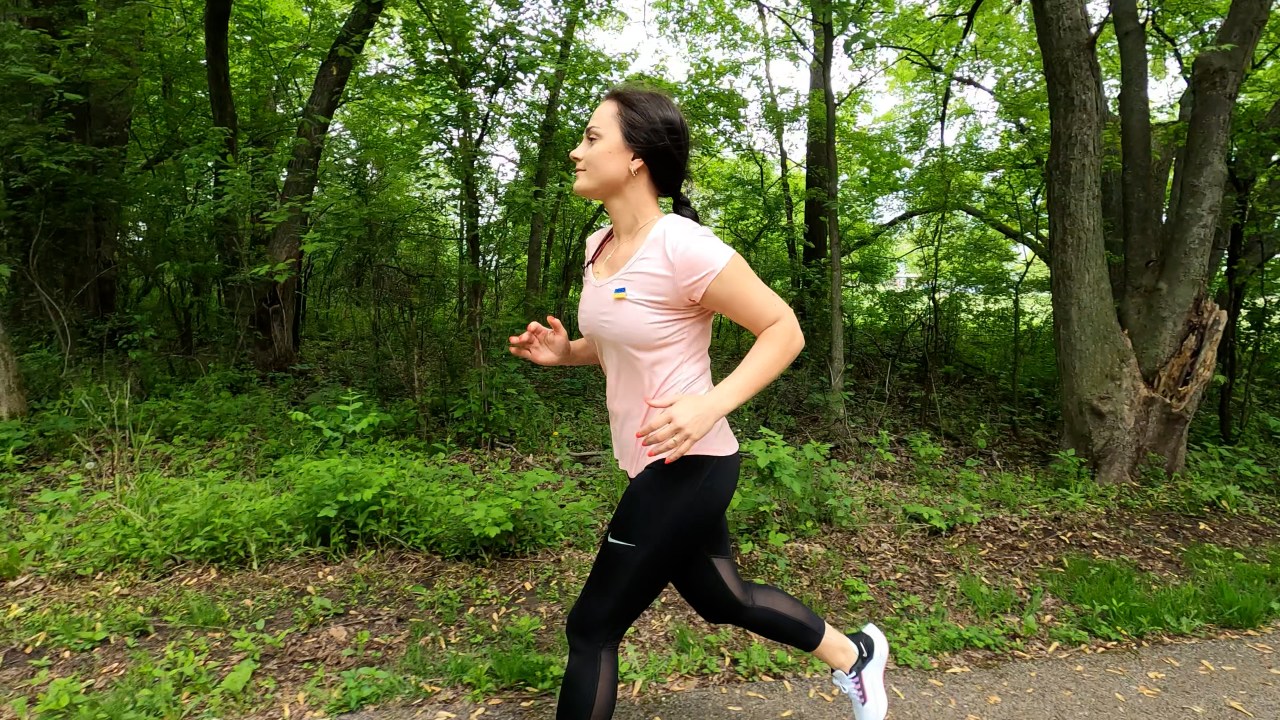 CHICAGO — The annual Lifetime Chicago Half Marathon steps off at Maggie Daley Park Sunday morning, where 7,000 runners will gather in the 13.1 mile test of endurance.

One Ukrainian mother will be among the participants, making each step a prayer for peace.

Oksana Skrynyk trains on a winding path in Deer Grove Park in Palatine, though these are not happy trails.

“My every step will be a prayer for those who already died and I really believe that god will bless our Ukraine with many, many happy years of prosperity,” Skrynyk said.

“It’s really hard to watch how kids are dying, how mothers are giving birth in bomb shelters,” Skrynyk said.

The 32-year-old, her husband and their two boys are 5,000 miles away from their family, all of whom are still in their hometown of Chortkiv in the Ternopil region in the western part of Ukraine. They moved to the United States four years ago.

“I dedicate every single step like an act of support for every Ukrainian kid, all of the people who have already walked their path to the end, for those who will never have a chance to walk down a street with their own free will,” Skrynyk said.

The Palatine resident said she talks with her parents twice a day and worries constantly for their safety.

Skrynyk said when she crosses the finish line on Sunday, she will pray that the conflict reaches a peaceful conclusion.

“We just want peace and we’re going to fight for light over darkness,” Skrynyk said.

Road closures and detours will begin at 3 a.m. Sunday, with closures on Columbus Drive, Monroe Street and parts of Randolph Street expected.

The Lifetime Chicago Half Marathon steps off at Columbus Drive adjacent to Maggie Daley Park with runners heading south alongside Lake Michigan toward the Field Museum and Soldier Field.

Chicago Shooting News Live: A gunman on a rooftop opened fire on an Independence Day parade in suburban Chicago on Monday, killing at least six people, wounding at least 30 and sending hundreds of … END_OF_DOCUMENT_TOKEN_TO_BE_REPLACED

The real estate industry is beyond crowded — it seems like agents are popping up everywhere and taking aim at your clients. So, how can you cut through all that noise to stand out? You’ve got to … END_OF_DOCUMENT_TOKEN_TO_BE_REPLACED

Chicago Mayor Lori Lightfoot confirmed to the New York Times that the Chicago Police Department is assisting in the response and investigation.  “Law enforcement is working hard to bring the shooter … END_OF_DOCUMENT_TOKEN_TO_BE_REPLACED