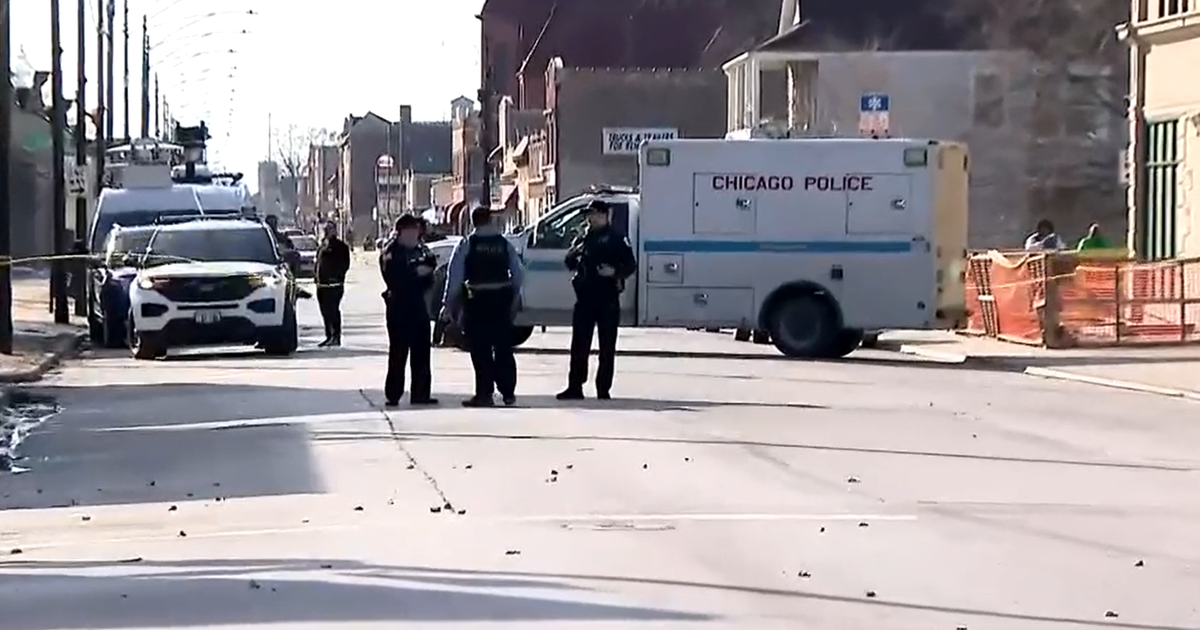 CHICAGO (CBS) — At least seven people were wounded Sunday afternoon in a shooting in South Chicago.

The shooting happened at 79th Street and Exchange Avenue in broad daylight.

The scene is a strip mall that includes a liquor store and a Little Caesars pizza, among other businesses. It was not immediately learned whether the shooting happened inside or outside the strip mall, or if there was one shooter or many.

CBS 2’s Shardaa Gray talked to some neighbors who did not want to go on camera for fear of retaliation. They told her at they heard least 10 rounds fired from what sounded like an AK rifle.

The Star Sub restaurant at the back of the strip mall was shot up, and at least 10 shell casings were seen in the street nearby.

A total of seven people were taken to various trauma centers in serious-to-critical condition, according to the Fire Department.

Four of the victims were taken to the trauma center at the University of Chicago Medical Center, CBS 2’s Sabrina Franza reported.

The brother of one victim said he had been outside the ER for hours, but could not get inside. The man said his 33-year-old brother was on his way into a store after dropping his significant other at a bus stop, and then the shots rang out and he was struck.

Neighbors told Gray they often hear gunshots and witness violence in the area regularly – and it is getting worse with temperatures rising.

Police Supt. David Brown is expected to address reporters at the scene.

CHICAGO (CBS) -- Chicago Police are looking for a man who tried to kidnap a woman in the city's West Loop but was thwarted by some good Samaritans. This is at least the second time this has happened … END_OF_DOCUMENT_TOKEN_TO_BE_REPLACED

Illinois homes sold somewhat faster in August 2022 than in the year prior, even as median prices rose statewide, according to new data from Illinois REALTORS®. Though statewide home sales were down … END_OF_DOCUMENT_TOKEN_TO_BE_REPLACED

“I’m not one to really tell people what to do,” said Kennedy, 35, who lives in Milwaukee and works in software sales. But if a friend tried to order a delta-8 drink, “I would tell them, ‘Absolutely … END_OF_DOCUMENT_TOKEN_TO_BE_REPLACED