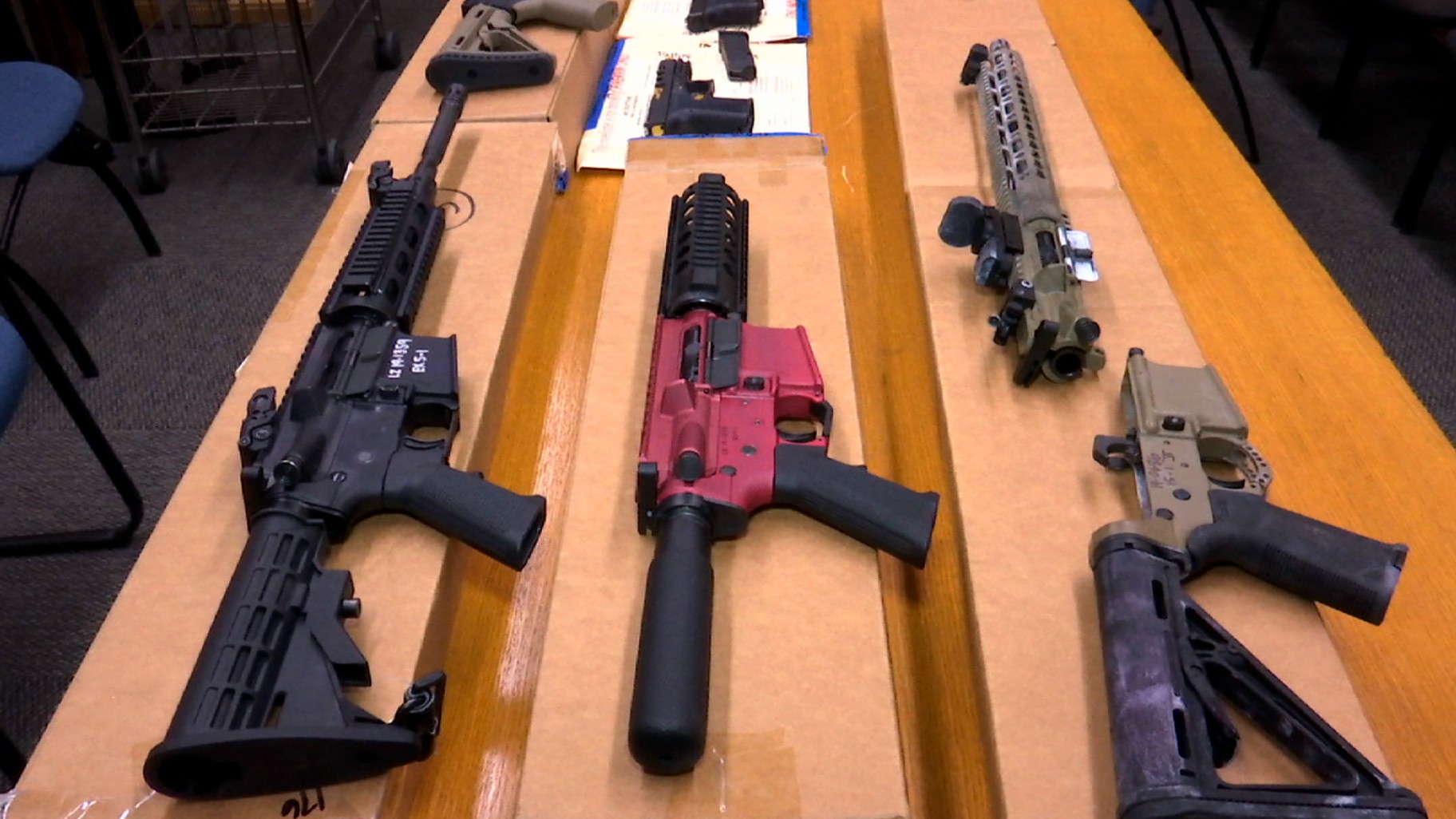 
WASHINGTON (AP) — The Biden administration will come out with its long-awaited ghost gun rule — aimed at reining in privately made firearms without serial numbers that are increasingly cropping up at crime scenes — as soon as Monday, three people familiar with the matter told The Associated Press.

Completion of the rule comes as the White House and the Justice Department have been under growing pressure to crack down on gun deaths and violent crime in the U.S.

The White House has also been weighing naming Steve Dettelbach, a former U.S. attorney from Ohio, to run the Bureau of Alcohol, Tobacco, Firearms and Explosives, or ATF, the people said. Biden had to withdraw the nomination of his first nominee, gun-control advocate David Chipman, after the nomination stalled for months because of opposition from Republicans and some Democrats in the Senate.

For nearly a year, the rule has been making its way through the federal regulation process. Gun safety groups and Democrats in Congress have been pushing for the Justice Department to finish the rule for months. It will probably be met with heavy resistance from gun groups and draw litigation in the coming weeks.

The exact timing of the announcement hasn’t been set, the people said. They could not discuss the matter publicly and spoke to AP on condition of anonymity. The White House declined to comment.

“It’s high time for a ghost gun exorcism before the proliferation peaks, and before more people get hurt — or worse,” Schumer said in a statement. “My message is a simple one: No more waiting on these proposed federal rules.” Ghost guns are “too easy to build, too hard to trace and too dangerous to ignore.”

Justice Department statistics show that nearly 24,000 ghost guns were recovered by law enforcement at crime scenes and reported to the government from 2016 to 2020. It is hard to say how many are circulating on the streets, in part because in many cases police departments don’t contact the government about the guns because they can’t be traced.

The rule is expected to change the current definition of a firearm under federal law to include unfinished parts, like the frame of a handgun or the receiver of a long gun.

In its proposed rule released last May, the ATF said it was also seeking to require manufacturers and dealers who sell ghost gun parts to be licensed by the federal government and require federally licensed firearms dealers to add a serial number to any unserialized guns they plan to sell.

The rule would also require firearms dealers to run background checks before they sell ghost gun kits that contain parts needed to assemble a firearm.

For years, federal officials have been sounding the alarm about an increasing black market for homemade, military-style semi-automatic rifles and handguns. As well as turning up more frequently at crime scenes, ghost guns have been increasingly encountered when federal agents buy guns in undercover operations from gang members and other criminals.

Some states, like California, have enacted laws in recent years to require serial numbers to be stamped on ghost guns.

The critical component in building an untraceable gun is what is known as the lower receiver, a part typically made of metal or polymer. An unfinished receiver — sometimes referred to as an “80-percent receiver” — can be legally bought online with no serial numbers or other markings on it, no license required.

Police across the country have been reporting spikes in ghost guns being recovered by officers. The New York Police Department, for example, said officers found 131 unserialized firearms since January.

A gunman who killed his wife and four others in Northern California in 2017 had been prohibited from owning firearms, but he built his own to skirt the court order before his rampage. And in 2019, a teenager used a homemade handgun to fatally shoot two classmates and wound three others at a school in suburban Los Angeles.

WAUCONDA, Ill. (AP) — A bison that escaped a suburban Chicago farm last September and had been living in the wild since was recaptured Wednesday, officials said. The 1,300-pound bison some had come … END_OF_DOCUMENT_TOKEN_TO_BE_REPLACED

With suburban home value growth surpassing that of urban homes, the most popular areas appear to be outside the city. According to Zillow, all 10 of its current top markets are located roughly 30 … END_OF_DOCUMENT_TOKEN_TO_BE_REPLACED

The measure passed 30-19. After the first meeting adjourned, the City Council briefly met for a second time during a special meeting called for by 30 aldermen to grill city leaders about Chicago’s … END_OF_DOCUMENT_TOKEN_TO_BE_REPLACED