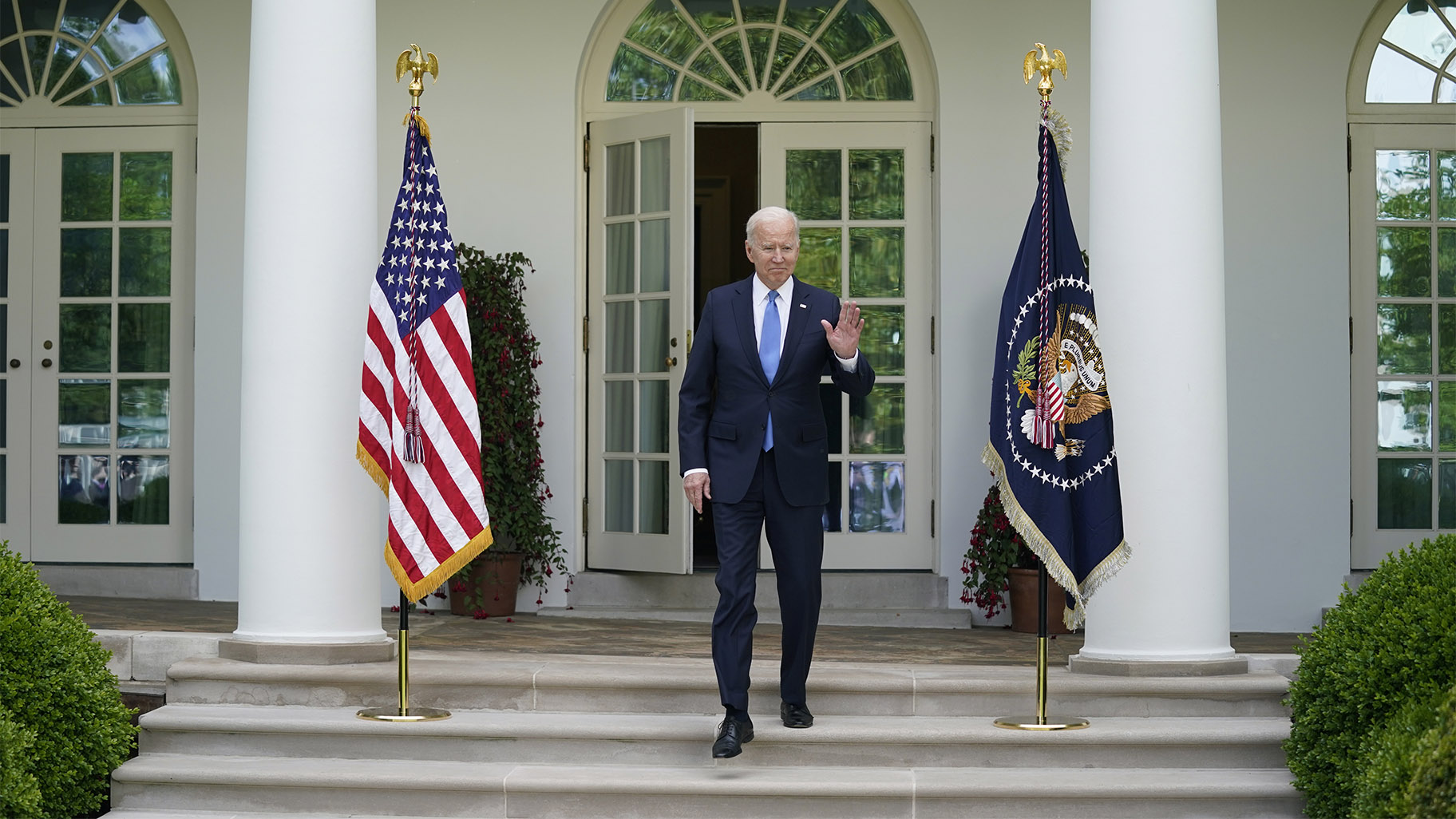 President Joe Biden arrives to speak on updated guidance on face mask mandates and COVID-19 response, in the Rose Garden of the White House, Thursday, May 13, 2021, in Washington. (AP Photo / Evan Vucci)


President Joe Biden planned to meet Friday with six young immigrants who benefited from an Obama-era policy that protected those brought to the U.S. illegally as children. The president is trying to turn attention toward overhauling the nation’s immigration laws, but it’s an issue he has made scant progress on in the first months of his presidency.

Immigration has been largely left on the back burner while Biden has dealt with the coronavirus pandemic and pushed for legislative action on a massive infrastructure package.

The immigrants invited to Friday’s Oval Office meeting have used the Deferred Action for Childhood Arrivals program instituted in 2012 to legalize their residency. Biden has called on Congress to codify DACA and to approve broader legislation that would establish a pathway to citizenship for 11 million undocumented immigrants, an effort that faces tough odds in a closely divided Congress.

White House press secretary Jen Psaki pushed back against the notion that immigration has slid as a priority, noting that Biden has continued through the early days of his administration to have conversations with top aides on strategy to push the issue forward. She added that Biden viewed meeting with individuals helped by DACA — a program that has widespread, bipartisan support among the American public — as a chance to highlight an area on immigration reform where there is a measure of agreement with many Republicans.

“He believes there’s an opportunity to move forward on areas where we agree,” Psaki said.

Homeland Security Secretary Alejandro Mayorkas said in March his agency was issuing a rule to “preserve and fortify DACA,” but the policy faces a Texas court challenge that could invalidate the protections established under Obama. Former President Donald Trump tried to phase out the program. The U.S. Supreme Court ruled last year that Trump could end it but he did so improperly.

Biden has made clear that passing legislation enshrining DACA — which has wide, bipartisan support from the American public — should be the floor for action on immigration.

“If you don’t like my plan, let’s at least pass what we all agree on,” Biden said in his address before the joint session of Congress last month. ”Congress needs to pass legislation this year to finally secure protection for dreamers — the young people who have only known America as their home.”

But there’s been little sign of progress on Capitol Hill.

A bipartisan group of senators led by Democratic Sen. Dick Durbin of Illinois, the chairman of the Judiciary Committee, and Sen. John Cornyn, R-Texas — two veterans of immigration debates — appears to have hit a stalemate, with only halting progress despite weeks of private meetings.

A more narrow House-passed measure focused on DACA and another bill to revamp rules for farm workers has almost zero chance of passage in the Senate.

It’s a familiar political standoff as Republicans are focused on the problems at the border as their priority, while Democrats also want to consider changes to the immigration system.

Ali Noorani, president of the National Immigration Forum, said the meeting with the DACA recipients — a group often referred to by immigration advocates as “dreamers”— is a positive development.

Still, Noorani said he’s hoping for the issue to receive greater White House and congressional attention once lawmakers get beyond infrastructure package negotiations. Biden has set a soft deadline of Memorial Day for finding the contours of a deal with Republicans on infrastructure.

“The sense here is that you get past infrastructure, the next immigration meeting on the couch in the Oval Office should be a bipartisan set of senators,” Noorani said.

The White House said the DACA recipients invited to meet with Biden include an immigrant rights advocate who moved to the U.S. from Peru when she was 5 so her sister could receive medical treatment, an immigrant from Mexico who arrived at 18 months old and is attending college while working at a mental health center and an immigrant from Thailand who came to the U.S. when he was 9 and is a second-year medical resident in San Francisco.

President Joe Biden speaks as he announces that he is nominating Jerome Powell for a second four-year term as Federal Reserve chair, during an event in the South Court Auditorium on the White House … END_OF_DOCUMENT_TOKEN_TO_BE_REPLACED

Research has shown that women are most likely to shop for milk substitutes, and so the all-women Planting Hope, which counted food industry financier Larry Levy and other men as early investors, is no … END_OF_DOCUMENT_TOKEN_TO_BE_REPLACED