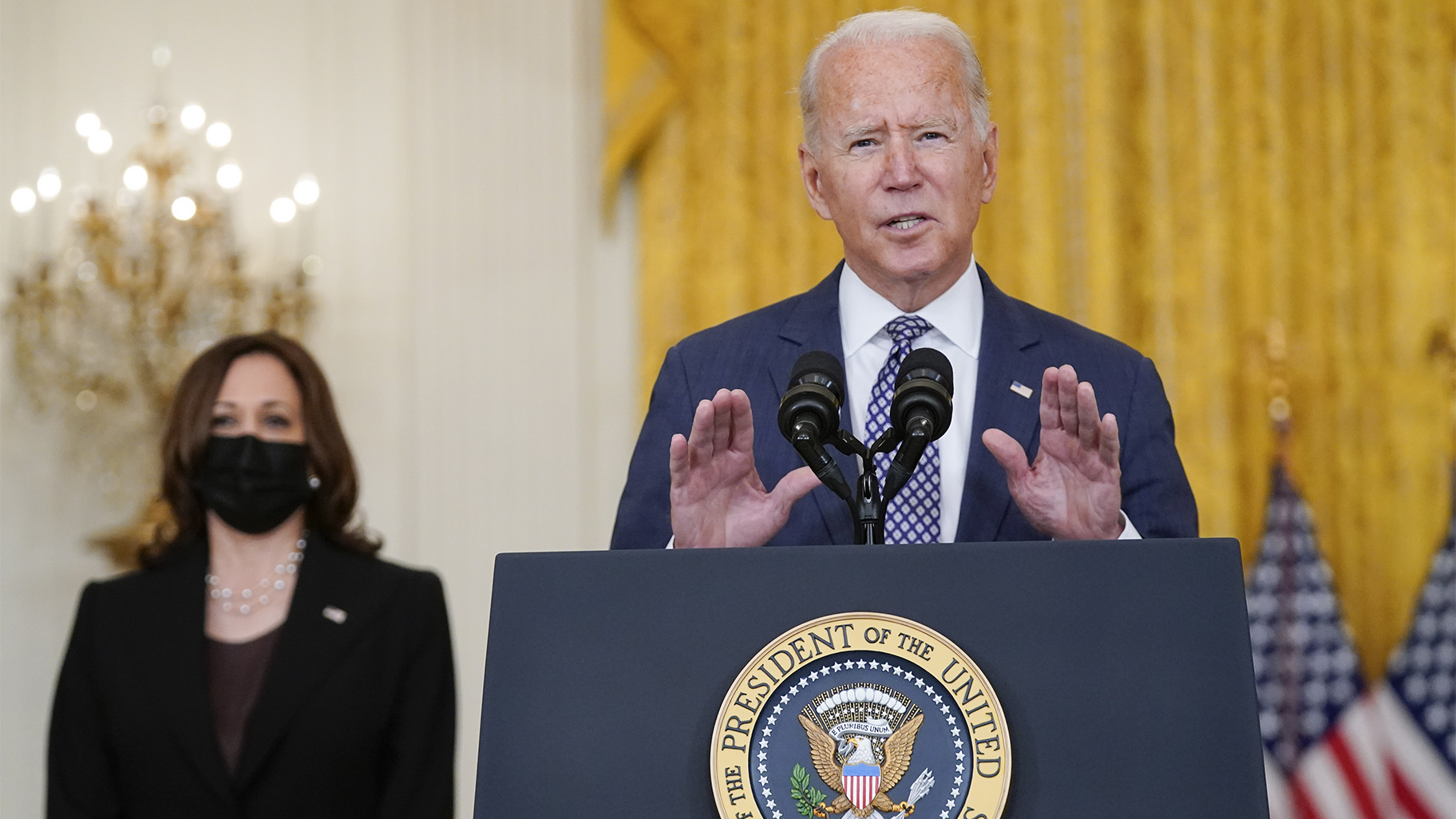 
WASHINGTON (AP) — President Joe Biden pledged firmly on Friday to bring all Americans home from Afghanistan — and all Afghans who aided the war effort, too — as officials confirmed that U.S. military helicopters flew beyond the Kabul airport to scoop up 169 Americans seeking to evacuate.

Biden’s promises came as thousands more Americans and others seeking to escape the Taliban struggled to get past crushing crowds, Taliban airport checkpoints and sometimes-insurmountable U.S. bureaucracy.

“We will get you home,” Biden promised Americans who were still in Afghanistan days after the Taliban retook control of Kabul, ending a two-decade war.

The president’s comments, delivered at the White House, were intended to project purpose and stability at the conclusion of a week during which images from Afghanistan more often suggested chaos, especially at the airport.

His commitment to find a way out for Afghan allies vulnerable to Taliban attacks amounted to a potentially vast expansion of Washington’s promises, given the tens of thousands of translators and other helpers, and their close family members, seeking evacuation.

“We’re making the same commitment” to Afghan wartime helpers as to U.S. citizens, Biden said, offering the prospect of assistance to Afghans who largely have been fighting individual battles to get the documents and passage into the airport that they need to leave. He called the Afghan allies “equally important” in the evacuations.

Meanwhile, Rep. Seth Moulton, D-Mass., said Defense Secretary Lloyd Austin had disconcerting news for the lawmakers he briefed on Friday, confirming that Americans are among those who have been beaten by the Taliban at airport checkpoints.

Biden is facing continuing criticism as videos and news reports depict pandemonium and occasional violence outside the airport.

“I made the decision” on the timing of the U.S. withdrawal, he said, his tone firm as he declared that it was going to lead to difficult scenes, no matter when. Former President Donald Trump had set it for May in negotiations with the Taliban, but Biden extended it.

Thousands of people remain to be evacuated ahead of Biden’s Aug. 31 deadline to withdraw most remaining U.S. troops. Flights were stopped for several hours on Friday because of a backup at a transit point for the refugees, a U.S. airbase in Qatar, but they resumed in the afternoon, including to Bahrain.

Still, potential evacuees faced continuing problems getting into the airport. The Belgian foreign ministry confirmed that one of its planes took off empty because the people who were supposed to be aboard couldn’t get in.

A defense official said about 5,700 people, including about 250 Americans, were flown out of Kabul aboard 16 C-17 transport planes, guarded by a temporary U.S. military deployment that’s building to 6,000 troops. On each of the previous two days, about 2,000 people were airlifted.

Biden said 169 Americans had been brought to the airport from beyond its perimeter, but he provided no details. Later, Pentagon spokesman John Kirby said the 169 had gathered at the Baron Hotel near the airport and were flown across the airport perimeter to safety on Thursday. He said they were transported by three U.S. military CH-47 helicopters.

Kirby said the helicopters took no hostile fire. He added that the Americans initially were going to walk the short distance from the hotel to an airport gate, but a crowd outside the gate changed the plan.

Separately, senior American military officials told the AP that a U.S. helicopter picked up Afghans, mostly women and children, and ferried them to the airport on Friday. The 3rd Brigade Combat Team of the Army’s 82nd Airborne Division airlifted the Afghans from Camp Sullivan, near the Kabul airport. Those officials commented only on condition of anonymity to discuss military operations.

Kirby said he was not aware of any such Friday helicopter mission.

For those living in cities and provinces outside Kabul, CIA case officers, special operation forces and agents from the Defense Intelligence Agency on the ground are gathering some U.S. citizens and Afghans who worked for the U.S. at predetermined pick-up sites.

The officials would not detail where these airlift sites were for security reasons. They spoke on condition of anonymity because they were not authorized to discuss ongoing operations.

In Washington, some veterans in Congress were calling on the Biden administration to extend a security perimeter beyond the Kabul airport so more Afghans could get through.

The lawmakers also said they want Biden to make clearer that the Aug. 31 deadline for withdrawing U.S. troops is not a firm one.

The deadline “is contributing to the chaos and the panic at the airport because you have Afghans who think that they have 10 days to get out of this country or that door is closing forever,” said Rep. Peter Meijer, R-Mich., who served in Iraq and also worked in Afghanistan to help aid workers provide humanitarian relief.

With mobs of people outside the airport and Taliban fighters ringing its perimeter, the U.S. renewed its advisory to Americans and others that it could not guarantee safe passage for any of those desperately seeking seats on the planes inside. The Taliban are regularly firing into the air to try to control the crowds, sending men, women and children running.

The advisory captured some of the pandemonium, and what many Afghans and foreigners see as their life-and-death struggle to get inside. It said: “We are processing people at multiple gates. Due to large crowds and security concerns, gates may open or close without notice. Please use your best judgment and attempt to enter the airport at any gate that is open.”

While Biden has previously blamed Afghans for the U.S. failure to get out more allies ahead of this month’s sudden Taliban takeover, U.S. officials told The Associated Press that American diplomats had formally urged weeks ago that the administration ramp up evacuation efforts.

Biden said Friday he had gotten a wide variety of time estimates, though all were pessimistic about the Afghan government surviving.

He has said he was following the advice of Afghanistan’s U.S.-backed president, Ashraf Ghani, in not earlier expanding U.S. efforts to fly out translators and other endangered Afghans. Ghani fled the country last weekend as the Taliban seized the capital.

Biden has also said that many at-risk Afghan allies had not wanted to leave the country. But refugee groups point to yearslong backlogs of applications from thousands of those Afghans for visas that would let them take refuge in the United States.

Afghans and the Americans trying to help them also say the administration has clung to visa requirements for would-be evacuees that involve more than a dozen steps, and can take years to complete. Those often have included requirements that the Taliban sweep has made dangerous or impossible — such as requiring Afghans to go to a third-country to apply for a U.S. visa, and produce paperwork showing their work with Americans. 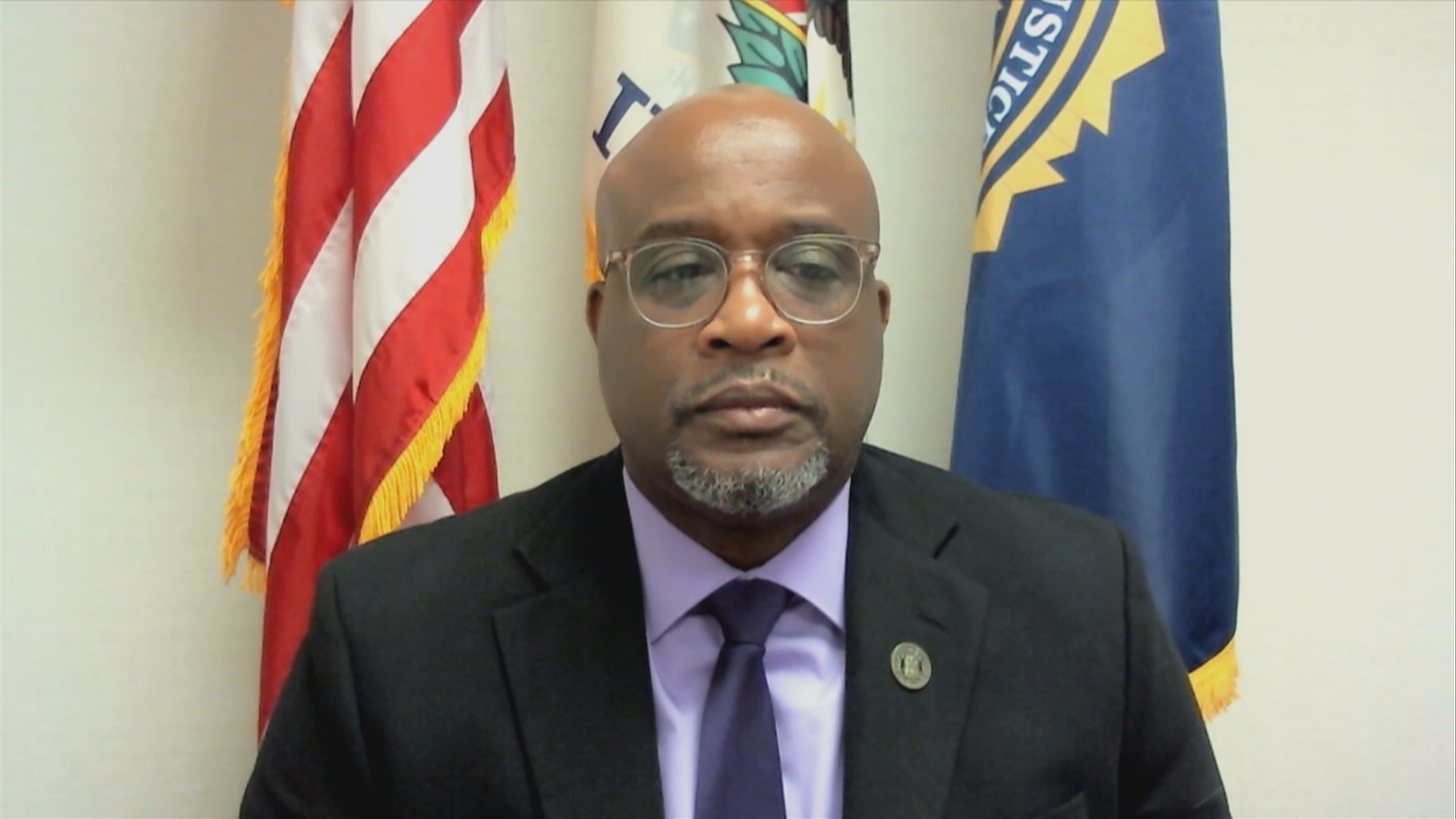 There is never a shortage of activity in the Chicago FBI office, including investigations into gun trafficking and political corruption. The most recent high-profile case: the massive federal … END_OF_DOCUMENT_TOKEN_TO_BE_REPLACED