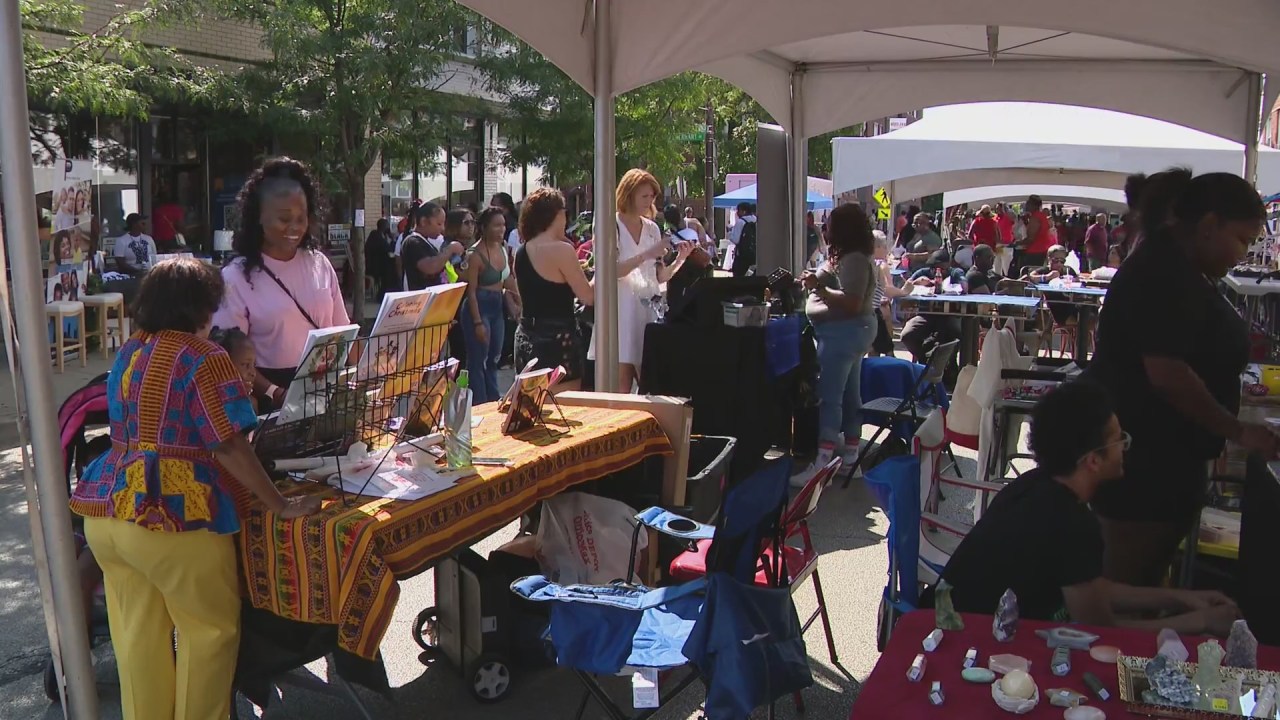 CHICAGO — A celebration of Black culture and pride took place on the South Side today.

“I think it’s an opportunity for all Black businesses to come together and do something for the community and let those that see, that might want to start a business, [know] how they can start a business,” said Jaci Coy Gist, a business owner at the festival.

The original Black Wall Street was located in Tulsa, Oklahoma in the early 1900s, boasting a lucrative community of Black entrepreneurs who belied racist trends in society at the time. However, despite its success, Black Wall Street was destroyed after being bombed in an act of domestic terrorism by racist mobs in 1921.

Dubbed the Tulsa Race Massacre in historian circles, it is one of two instances of bombs being dropped from the air on American soil, Pearl Harbor being the lone other example.

Today, the Black Wall Street Festival features rows of vendors as well as a panel of historians who shared their knowledge on the history of Black businesses and economics.

“Black Wall Street in Tulsa was over 600 Black-owned businesses that were very successful,” said Carlas Prince Gilbert of Woodlawn Diversity in Action. “And now I’m bringing it into the 21st century.”

Festival organizers said Woodlawn is revitalizing and hope this festival is a catalyst to reignite prosperity into the area.

“There’s so many new developments here,” Gilbert said. “So much opportunity here. The retail Black-owned businesses here is the place to be, Woodlawn is growing.”

To learn more about Black-owned businesses in Chicago, visit the website dedicated to connecting locals to them.