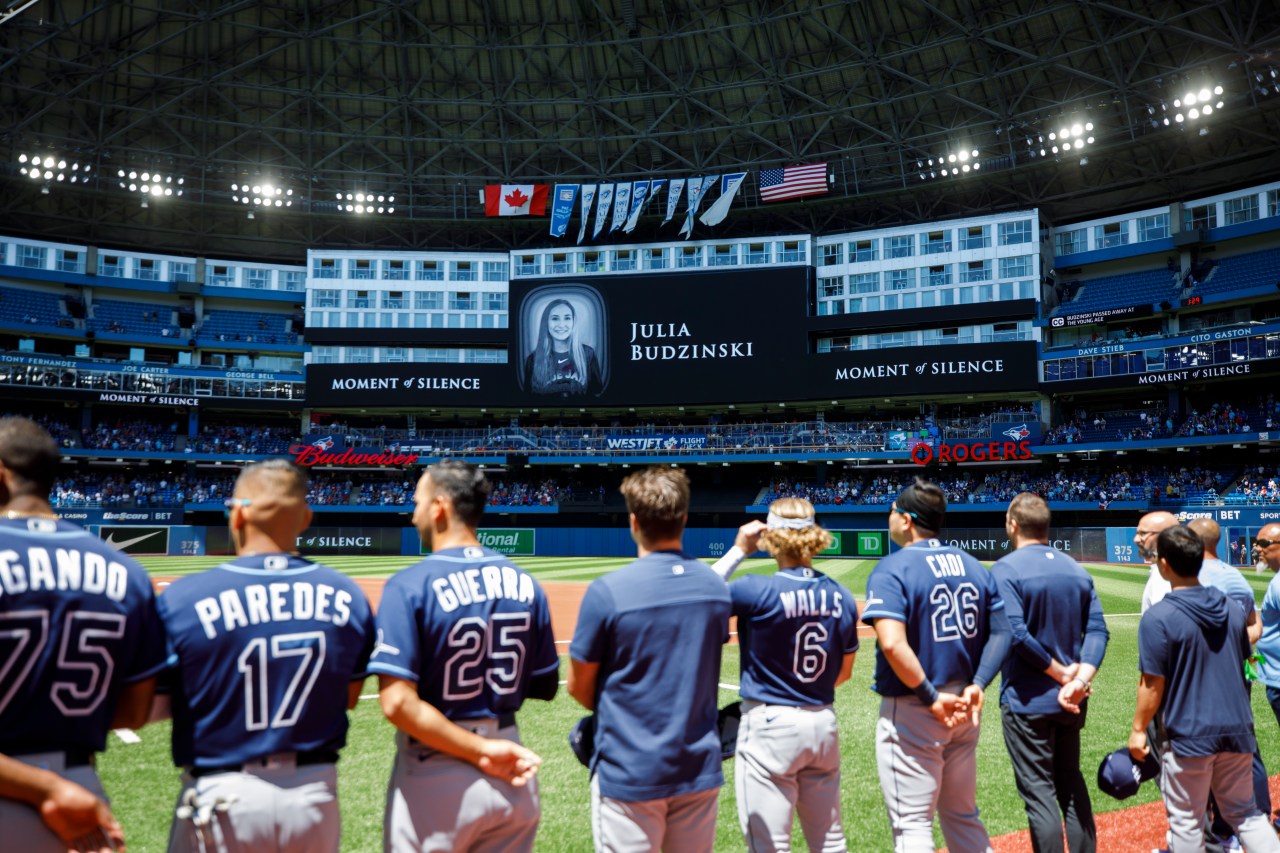 TORONTO (AP) — Toronto Blue Jays first base coach Mark Budzinski will be away from the team following the death of his eldest daughter. Julia Budzinski was 17.

“The Budzinskis have been part of our Blue Jays family over the last four seasons,” general manager Ross Atkins said in a statement Sunday. “This devastating loss is felt by our entire organization and we grieve alongside Bud and his family. I have known Bud for more than 25 years and have always admired his commitment as a dad and husband first. He is loved and well-respected by our entire clubhouse and holds a special place in all our hearts.”

The Blue Jays and Tampa Bay Rays lined up along the foul lines before first pitch Sunday for a moment of silence. Rays manager Kevin Cash said his team was “heartbroken.”

Tigers manager A.J. Hinch, who roomed with Budzinski during his minor league career, expressed support for his grieving friend before Detroit hosted Kansas City on Sunday.

Elsewhere, Red Sox manager Alex Cora offered a similar message from Chicago, where his team was facing the Cubs.

Budzinski and manager Charlie Montoyo left the dugout in the third inning of the second game of Saturday’s doubleheader against Tampa Bay. The Blue Jays’ clubhouse was closed after the 11-5 loss.

Budzinski played four games for Cincinnati in 2003 and retired in 2005. After managing in Cleveland’s minor league system, he joined the then-Indians big league staff in 2017. Toronto hired Budzinski in November 2018.

Democrats called the bill the largest investment in fighting climate change ever made in the US, and it’s projected to help cut greenhouse gas emissions by about 40% from 2005 levels by the end of the … END_OF_DOCUMENT_TOKEN_TO_BE_REPLACED