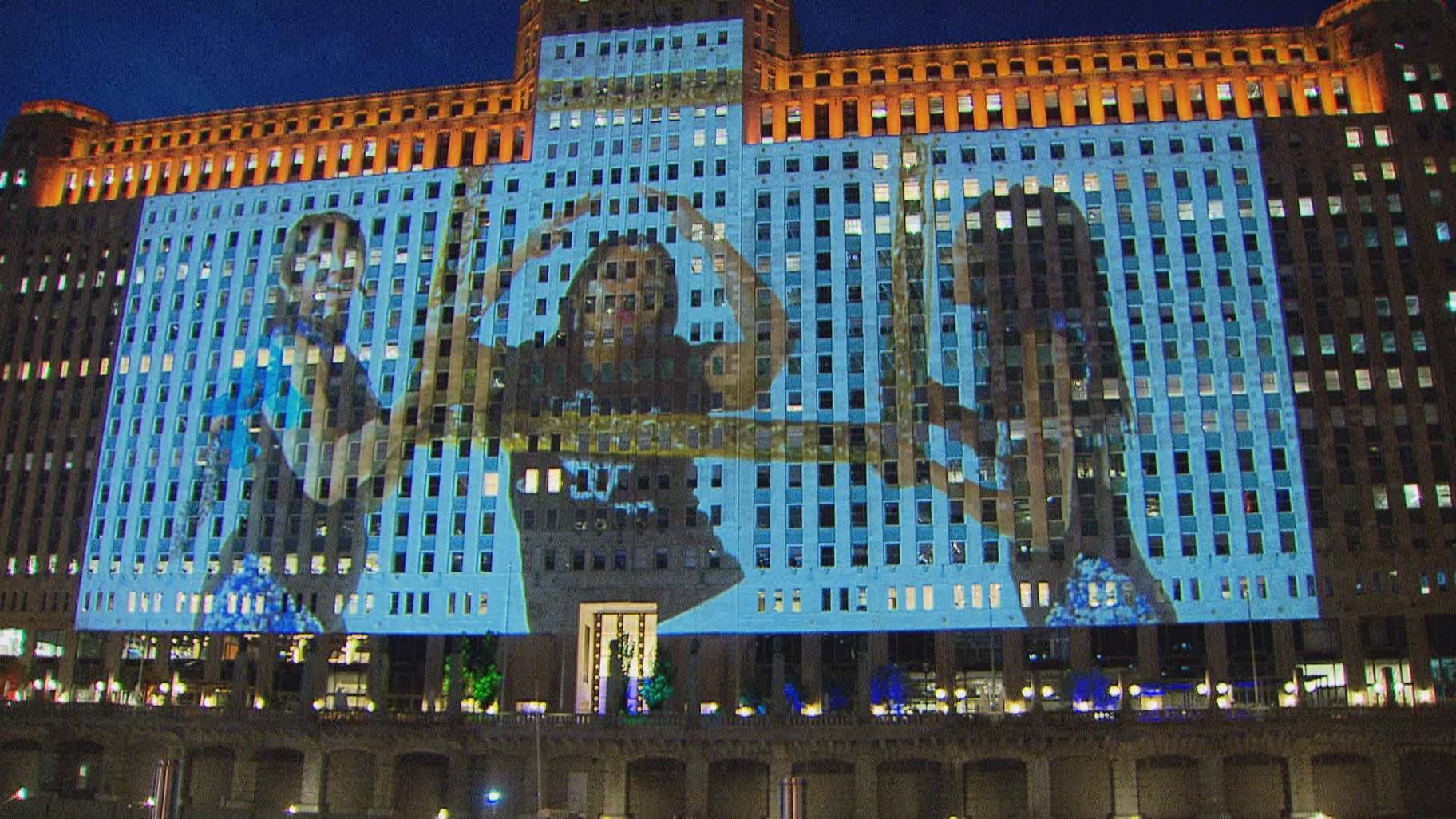 One of the oldest parades on the city’s South Side is marching its way downtown.

The beloved Bud Billiken Parade is now being celebrated in a film projected beneath the stars.

According to Myiti Sengstacke Rice, president and CEO of Chicago Defender Charities, it was the newspaper that launched the Bud Billiken Parade.

“It was the newsboys that would go out rain, sleet or snow selling the paper. Robert Abbott, my great grand uncle, came up with the idea to celebrate the paper boys, and gave them bikes and instruments, and that’s how we started the Bud Billiken Parade in 1929,” Sengstacke Rice said.

Now, 93 years later, the Bud Billiken Parade or “The Bud” is still marching down King Drive, celebrating one of Chicago’s most influential African American newspapers.

The parade marches from 39th Street to 55th Street on King Drive, bringing together Black Chicagoans through entertainment, food and fun.

But this year, the parade is also taking over a prominent downtown building in a projection film titled “Billiken.” It features dancers from the Bringing Out Talent Dance Company.

“We got some footage last summer not even knowing if we’d make it on Art on theMART. So it’s definitely dope and exciting to see it,” said Shkunna Stewart of Bringing Out Talent.

As one of many dance groups to perform regularly in the parade, Stewart says the dancers being able to watch themselves downtown is important.

“Seeing themselves pushes them to want more and do more,” Stewart said. “So we hope when they and their families see it and they see we’re doing things with the kids they normally don’t do, it’s going to get bigger.”

The exposure the film provides isn’t just limited to community members that attend the parade regularly.

“It’s so powerful that Bud Billiken be displayed on Art on theMART at Merchandise Mart because it gives people from out of town an opportunity to learn about this great event that’s huge beyond measure,” Sengstacke Rice said. “Those in the community can also feel proud about their tradition. We’re talking about 93 years”

Angel Idowu is the JCS Fund of the DuPage Foundation Arts Correspondent.

Advocates staged a tent city in the lobby of City Hall during Mayor Lori Lightfoot's budget address on Monday, Oct. 3, 2022, calling on Chicago to provide a dedicated stream of funding to tackle the … END_OF_DOCUMENT_TOKEN_TO_BE_REPLACED

The candidates face off Dec. 6 in the final Senate contest of the 2022 midterms because neither surpassed 50% of the vote in the general election a little more than two weeks ago, which included a … END_OF_DOCUMENT_TOKEN_TO_BE_REPLACED