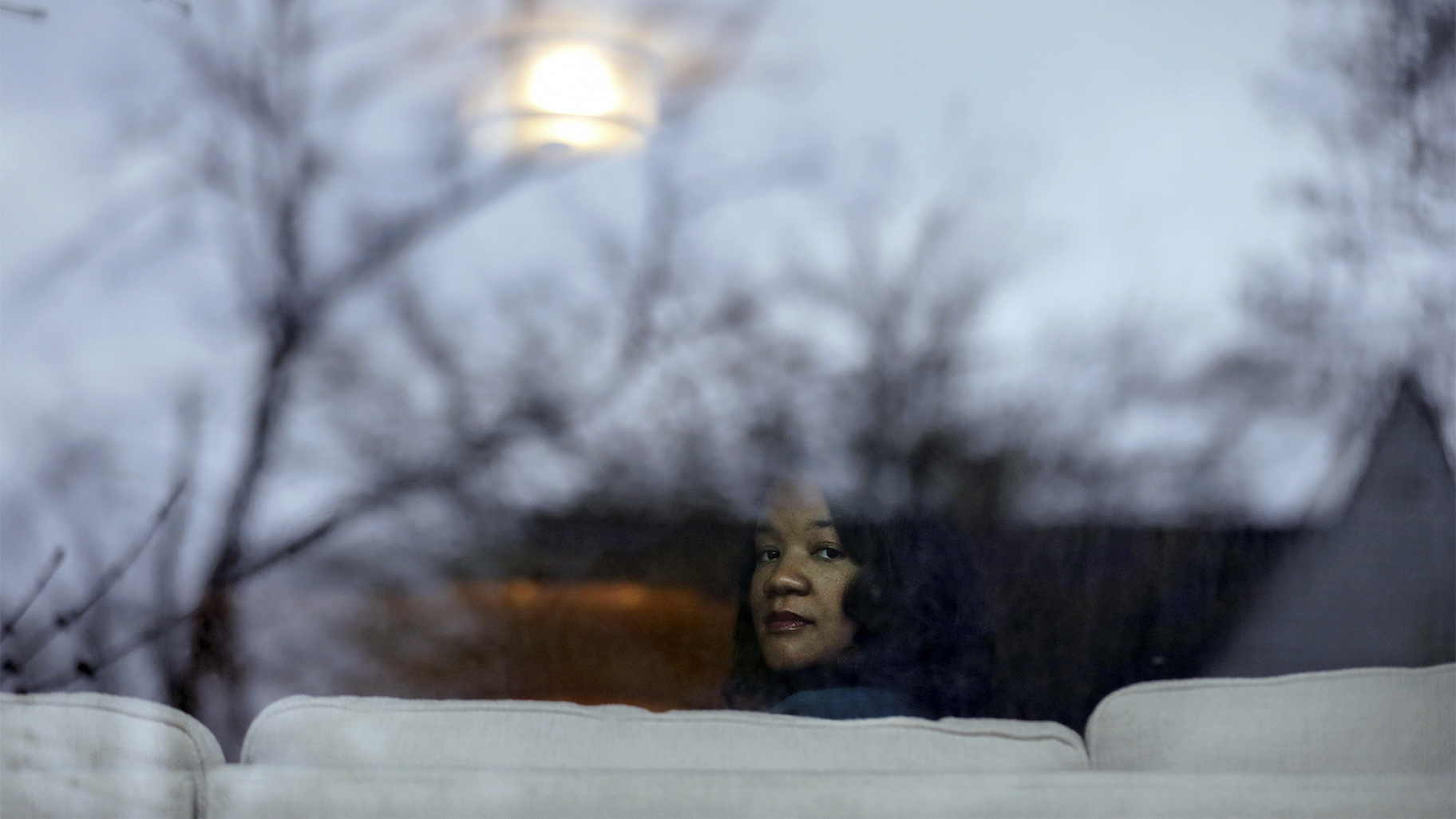 
DETROIT (AP) — In the long debate over whether Black Americans should be granted reparations for the atrocity and injustices of slavery and racism, California took a big step this week toward becoming the first U.S. state to make some form of restitution a reality.

The state’s reparations task force tackled the divisive issue of which Black residents should be eligible — it narrowly decided in favor of limiting compensation to the descendants of free and enslaved Black people who were in the U.S. in the 19th century.

Whether Tuesday’s vote by the task force spurs other states and cities to advance their own proposals, and whether they adopt California’s still controversial standard for who would benefit, remains to be seen. Some veteran reparations advocates disagree strongly with proposals to limiting eligibility to only Black people who can prove they have enslaved ancestors, while excluding those who cannot and leaving out victims of other historic injustices, such as redlining and mass incarceration.

Still, one advocate noted California’s move is a step that could lend momentum to stalled reparation proposals elsewhere in the U.S.

“It’s precipitated a debate and it will influence communities,” said Ron Daniels, president of The Institute of the Black World 21st Century and administrator of the National African American Reparations Commission, an advocacy group of scholars and activists.

As to whether others will adopt the same approach to eligibility, Daniels said: “That’s to be decided. …We think that ultimately a more expansive definition will prevail.”

The commission headed by Daniels has taken a position that limiting reparations to slave descendants, or to Americans whose ancestors were free Blacks living during the time of slavery, ignores the effects of racism that persisted for more than a century after emancipation.

“There are always going to be criteria” for reparations, Daniels said. “The problem is the harms have been so gross that almost no Black person is not eligible in some form or another.”

Although there is still debate among historians about when exactly the practice began, chattel slavery in what would become the U.S. dates back to 1619 when about 20 enslaved Africans were brought to Jamestown, Virginia — then a British colony. Over the next two centuries, more than 300,000 men, women and children were forcibly taken from Africa to work on plantations in southern colonies and later the Southern states, according to the Trans-Atlantic Slave Trade Database, a project funded by the National Endowment for the Humanities and maintained by Rice University.

Slavery in the U.S. officially ended in 1865 with the ratification of the 13th Amendment. Union Army General William Sherman promised compensation to freed slaves in the form of land and mules to farm it — hence the phrase “40 acres and a mule” — after the North’s victory over the South in the Civil War. But President Andrew Johnson took away the offer.

More than 120 years later, then-Rep. John Conyers, a Detroit Democrat, first introduced H.R. 40, a bill that would create a federal commission to study reparations and make proposals. Conyers reintroduced it in every congressional session until he resigned in 2017. As a candidate, President Joe Biden said he supported creating the commission, but has yet to formally back it as commander-in-chief. Rep. Sheila Jackson Lee, a Texas Democrat, is currently the lead sponsor of the House bill.

Getting governmental leaders to openly consider slavery reparations has been daunting and taken decades. But progress has been made at both the state and local levels, particularly since the national reckoning on racial injustice that was sparked after the 2020 murder of George Floyd in Minneapolis.

In Michigan, legislative proposals submitted earlier this year in the House of Representatives call for $1.5 billion in federal dollars to be placed in a racial equity and reparations fund within the state’s treasury. The funds would be issued to various state departments and agencies to provide grants, loans and other economic assistance for businesses and economic developments that promote the Black community.

The bills have yet to receive a hearing in the House.

Last year, Evanston, Illinois, — the first U.S. city to find a source of funding for reparations — began giving eligible Black residents $25,000 housing grants for down payments, repairs or existing mortgages. The program is meant to atone for the history of racial redlining and housing discrimination. Recipients were selected randomly from among the applicants, Black residents who lived in the city between 1919 and 1969.

And in Providence, Rhode Island, the mayor announced a city commission on reparations in February that will look to atone for the city’s role in slavery and systemic racism, as well as the mistreatment of Native Americans.

For Anita Belle, a grassroots activist in Detroit, where residents in the mostly Black city voted in November to create a city reparations commission, getting to this point in the pursuit of reparations is cause for celebration. But what happens next is worrisome, especially when it comes to who gets what and how much, she said.

“I am happy for all of us who have doing the groundwork for all these years,” said Belle, founder of the Reparations Labor Union. “We are somewhat afraid that these people who have jumped on the bandwagon are actually there to sabotage it and make reparations $12.62, if that. There will be those saboteurs — people who look like us, but have hidden agendas.”

“You have some of that fear in California where the scope for reparations was narrowed to the people who can prove they were enslaved,” she added. “The people of California will be like ‘why am I paying reparations for someone who was enslaved in Mississippi?’”

In California, the task force is taking the next step with economists to determine the cost of compensating more than 2 million Black residents, although all of them would not be eligible. Following slavery abolition, Black migration to California happened primarily in the immediate decades after World War II, with newly-arrived African Americans settling in cities like Oakland, Los Angeles and San Francisco.

While proposals and who would be eligible appear to vary, they still are types of reparations, according to Rashawn Ray, senior fellow of Governance Studies at the Brookings Institution.

“California chose to focus on enslavement of Black people,” Ray said. “In Evanston, it’s red lining and housing segregation. Both are issues that need restitution to them based on what the wrong is.”

But, Ray added, “Federal reparations — without a doubt and hands-down — that’s what we need. What is happening in California should be happening in Congress.”

As a former alderman for the city of Evanston, Illinois, and a longtime reparations advocate, Robin Rue Simmons said reaching consensus on eligibility can be tough because policymakers should be as expansive and inclusive as possible, while also identifying specific harms that they’re seeking to address.

The big step taken by California could help spur action on reparations proposals in other cities and states, Simmons said, and perhaps add pressure for the federal government to act, which she sees as critical.

“I don’t think any community should think that another has figured it out for them,” Simmons said, “because every community is going to have their own priorities and their specific history.”

SENECA, Ill. — 15 people were injured in a boat fire in Seneca on Saturday afternoon, with one person suffering serious injuries, police said. According to Illinois State Police, troopers responded … END_OF_DOCUMENT_TOKEN_TO_BE_REPLACED

Vallas was CEO of Chicago Public Schools from 1995 to 2001 and served as city budget director under former Mayor Richard M. Daley. More recently, he worked as an unpaid consultant to the Fraternal … END_OF_DOCUMENT_TOKEN_TO_BE_REPLACED

As we continue our look at the candidates running for office this summer, we’re turning our eye toward Illinois’ 2nd Congressional District, where incumbent Rep. Robin Kelly is hoping to be elected to … END_OF_DOCUMENT_TOKEN_TO_BE_REPLACED