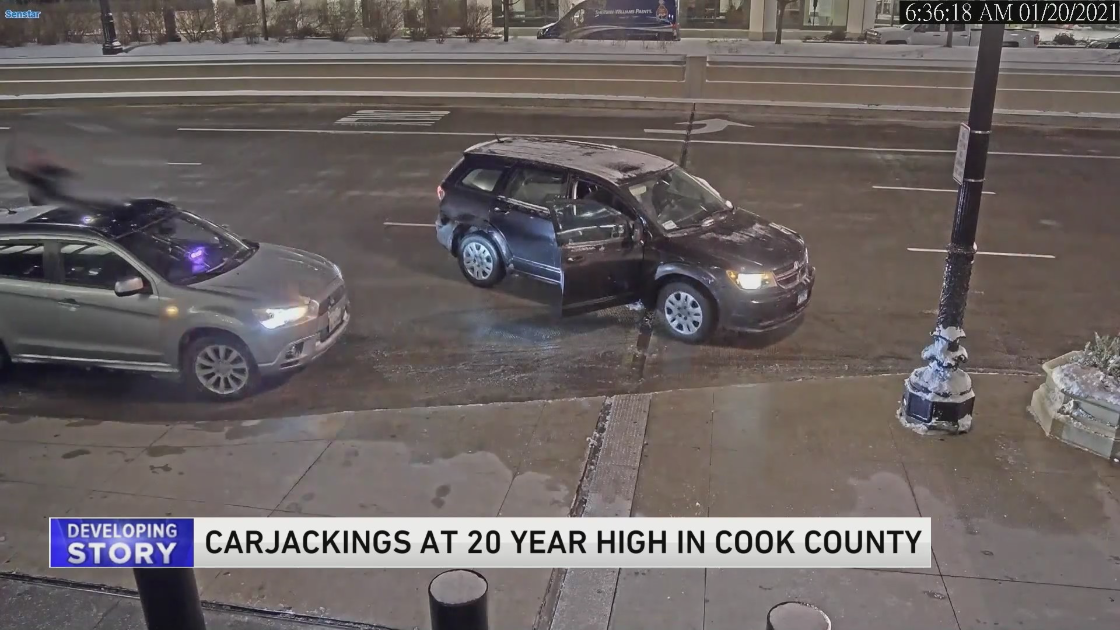 CHICAGO — Carjackings in Chicago and Cook County are on pace to be the worst in two decades as Chicago police issue another community alert related to the skyrocketing crime.

According to a new database from the Cook County Sherriff’s Office, there were 43.5 percent more carjackings across Cook County in 2021 compared to 2020, with more than 115 carjackings occurring in Cook County’s suburbs.

The database also found that Tuesdays have been the most common day for carjackings for much of the year, with Sunday seeing more than any other day in recent months. The city’s West Side has been the epicenter for the crime, while also finding that many vehicles that are stolen in the suburbs resurface on the city’s West or South Side.

More than two-thirds of carjacking victims in 2021 have been men, with the CCSO also finding that the Toyota Camry was the most common vehicle stolen, with the Jeep Grand Cherokee and Nissan Altima not far behind.

Thus far in 2021, March and April have seen the fewest carjackings, with approximately 100 recorded in each month. Chicago saw more carjackings in January of this year than in any other month with well over 200, with September seeing the second-most reported carjackings this year.

Police have issued a community alert to Lower West Side residents highlighting four recent carjackings in the area.

Police said the perpetrators have been one to three Black men approximately 15 to 20 years of age. Police ask anyone with information to call Area Three detectives at 312-744-8263.

CHICAGO — The City Council on Monday delayed a vote on Mayor Lightfoot’s curfew change — but a group of young residents are urging members to vote no. The young adults are part of the racial … END_OF_DOCUMENT_TOKEN_TO_BE_REPLACED

The fire at the former Pheasant Run Resort, 4051 E. Main St., broke out Saturday afternoon, sending huge plumes of smoke into the sky surrounding the closed resort and drawing dozens of onlookers who … END_OF_DOCUMENT_TOKEN_TO_BE_REPLACED

As the 2022 political season gets into full swing, one of the most intriguing candidates for elected office is Herschel Walker. The star running back with the University of Georgia and Dallas Cowboys … END_OF_DOCUMENT_TOKEN_TO_BE_REPLACED