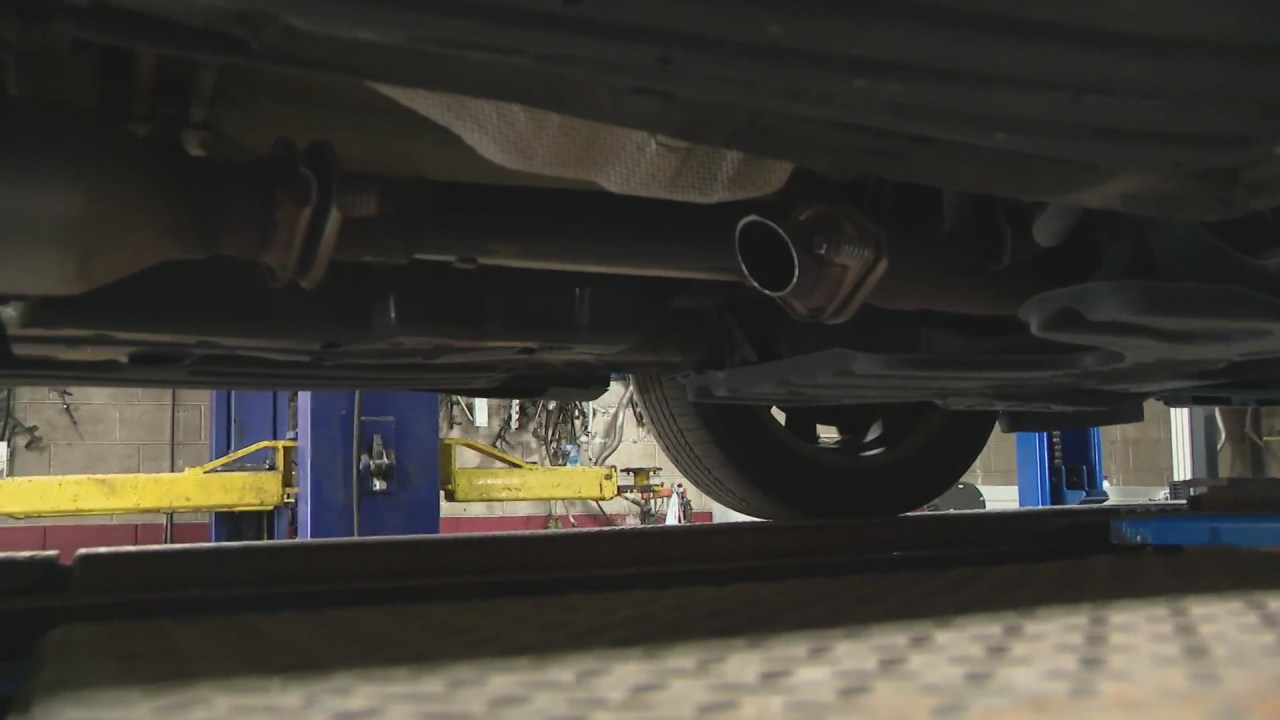 CHICAGO — Catalytic converter thefts are up across the country, and the crimes are starting to have a lasting effect on Chicagoans.

(Example of a catalytic converter)

“They’re not used to producing [catalytic converters],” Zipperstein said. “It’s an oddball item. This thing in a normal car will last you, when you buy a car, almost ten or 15 years.”

The increase in thefts combined with a shortage of materials to make the equipment piece have left many people taking their vehicles to a repair shop where they wait for months to have a replacement installed.

“I have heard nothing but question marks,” said Michael Albert, a sign language interpreter who relied on his 2015 Toyota Prius to get back and forth before thieves stole his catalytic converter. “I know that they’ve said they’ve got about 35 to 40 cars in their shop waiting for catalytic converters.”

Albert said his dealership anticipates he’ll be without his Prius for up to nine months.

“This one attempt to steal my catalytic converter has really thrown my life into disarray because as a sign language interpreter, I have to go all over the city,” Albert said. “These emergencies pop up in hospitals and police stations and emergency press conferences and I used to be able to hop in the car and get there. Now it could be a good half hour, hour, hour and a half before I could get some place.”

CHICAGO (CBS) -- Chicago Police are looking for a man who tried to kidnap a woman in the city's West Loop but was thwarted by some good Samaritans. This is at least the second time this has happened … END_OF_DOCUMENT_TOKEN_TO_BE_REPLACED

Illinois homes sold somewhat faster in August 2022 than in the year prior, even as median prices rose statewide, according to new data from Illinois REALTORS®. Though statewide home sales were down … END_OF_DOCUMENT_TOKEN_TO_BE_REPLACED

“I’m not one to really tell people what to do,” said Kennedy, 35, who lives in Milwaukee and works in software sales. But if a friend tried to order a delta-8 drink, “I would tell them, ‘Absolutely … END_OF_DOCUMENT_TOKEN_TO_BE_REPLACED