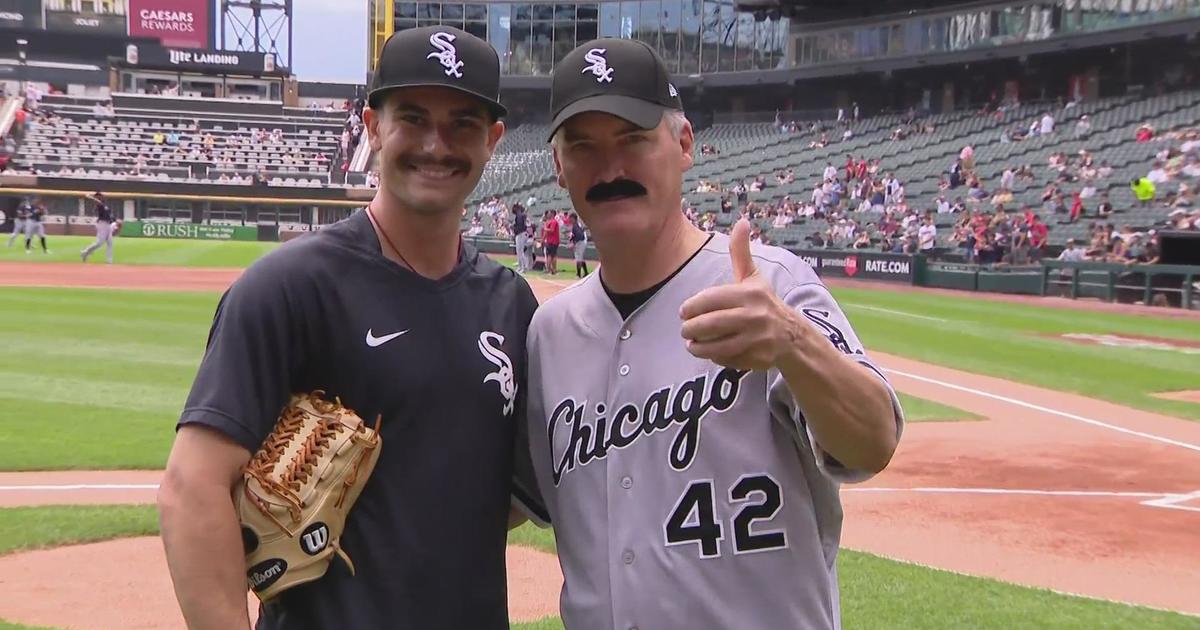 CHICAGO (CBS) — You know he has skills on the news desk, but it turns out he’s not too shabby on the mound either.

CBS 2’s very own Joe Donlon discussed strategy before throwing out the first pitch at the White Sox game Saturday, saying he just didn’t want to put it in the dirt.

“I’m not predicting a strike, but I’m predicting it’ll be close,” he said. “Just keep it out of the dirt. That’s the key.”

Joe added to the show with a few quick seconds of juggling two baseballs with one hand before sending out the pitch — right to the catcher.

He also sported a fake mustache as an homage to Sox pitcher Dylan Cease, who served as Joe’s catcher.

It’s not a bad look for either of them!

Democrats called the bill the largest investment in fighting climate change ever made in the US, and it’s projected to help cut greenhouse gas emissions by about 40% from 2005 levels by the end of the … END_OF_DOCUMENT_TOKEN_TO_BE_REPLACED