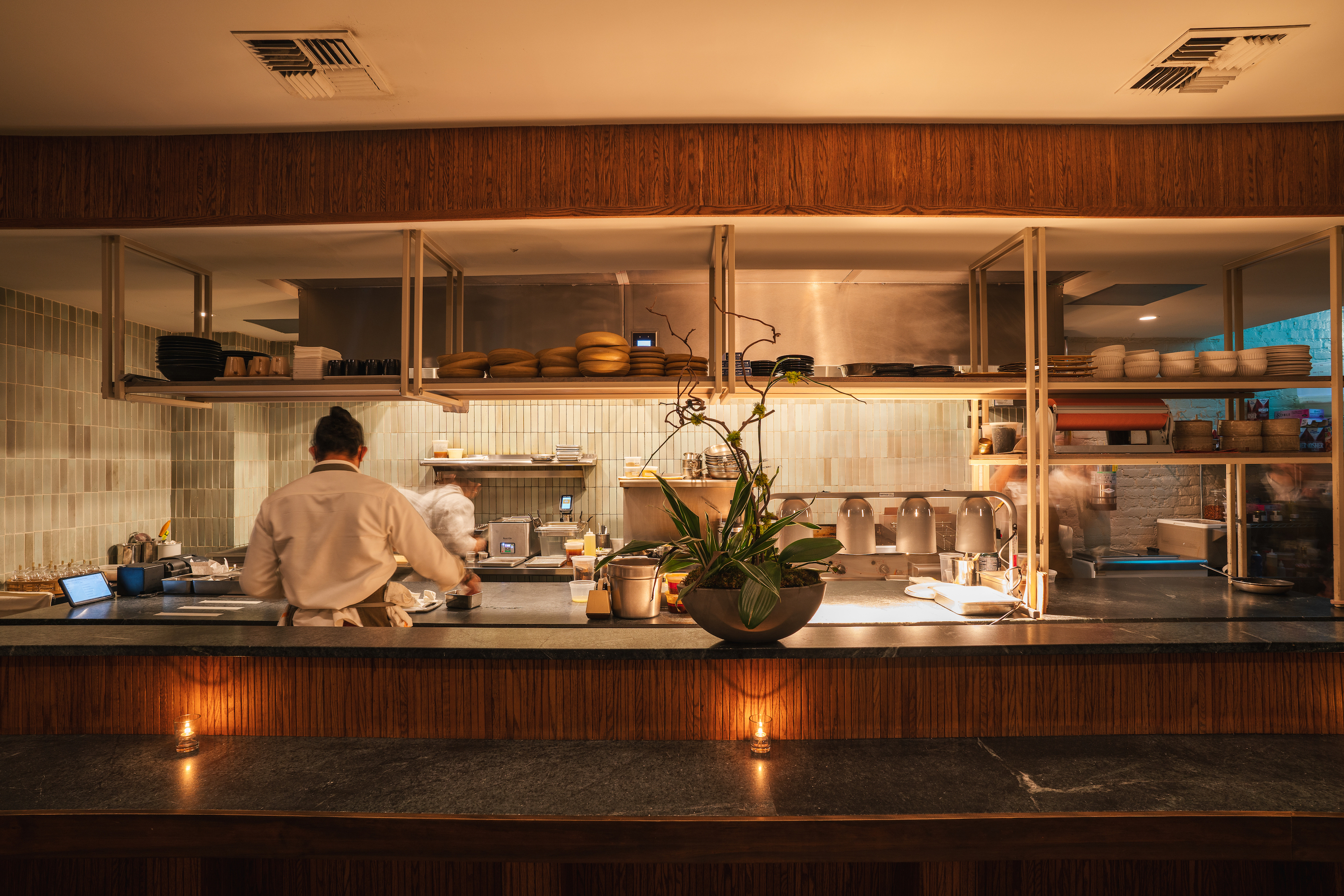 Curious about the process behind the prestigious guide’s selection? We caught up with Michelin Guide’s international director Gwendal Poullennec—as well as the guide’s anonymous North American chief inspector—ahead of the 2022 announcement to chat about everything from diversity of cuisine on this year’s Chicago lineup to the future of sustainability in the dining industry.

This interview has been edited for length and clarity.

The Michelin Guide returned in a somewhat unusual format last year, back in the days of restaurant capacity limits and other safety measures. Did it feel like things had returned to normal for the dining industry during the 2022 selection process?

Gwendal Poullennec: Almost everywhere we’ve been inspired and impressed by the adaptability, resilience and creativity the chefs showed during the pandemic, managing in some cases not only to overcome the crisis but sometimes even emerge stronger—with creativity, with new concepts. That’s the reason why after such challenging years we still have a great collection, and that’s a real tribute to the dynamism and creativity of the local culinary scene.

Chief inspector: For the U.S. selection, we were very careful to follow all local and state health protocols. But generally speaking for the ‘22 selection, which has been in the works for the past few months, we were able to proceed without any major interruptions. It’s great to see that just as recently as February 28, Chicago dropped all of its mandates that require facial masks and proof of vaccination. It does feel like we’re returning to some sense of normalcy, and I think it’s a great time to celebrate dining out and the restaurant industry.

What stands out to you about this year’s list of new additions to the Chicago guide?

CI: I would say the selection this year is really interesting and shows the strength of the local talent in Chicago. Of the four restaurants, we have Kasama, which is headed by married chefs Tim Flores and Genie Kwon who worked at Oriole with chef Noah Sandoval. We also have Claudia, which is headed by chef Trevor Teich, who worked at L2O and Acadia previously. And we have one-star Esmé headed by chef Jenner Tomaska, who worked with Grant Achatz at Next. So, these are really great examples of how the local talent in Chicago is growing and offering more really interesting, intriguing and innovative dining options. It really makes the city an exciting place to dine out.

And then additionally we have Galit, which is our first Middle Eastern star in Chicago and a phenomenal restaurant. We also have Filipino-inspired cuisine at Kasama. That goes to show that diversity adds another facet of value and excitement to the Chicago selection.

Do you anticipate we’ll continue to see cuisines that are traditionally underrepresented in fine dining on the Michelin Guide in years to come, both in Chicago and globally?

CI: Yeah, I would definitely agree with that. At the star level [in Chicago], we have Filipino and Middle Eastern for the first time, but also among the Bib [Gourmand] selection we have a vegan Bib with Bloom Plant Based Kitchen. We also have a Vietnamese with Sochi, we have Indian with Superkhana International and we have Dear Margaret, which is contemporary but very influenced by French Canadian cuisine. So yes, this has been a very exciting year for diversity.

What do you think will be most lasting changes to the dining world post-pandemic?

GP: That’s a very good question because let’s face the facts—the pandemic is not yet over. And in some countries, we can still feel the impact of the sanitary regulations, travel bans and all that. The whole industry hasn’t yet fully recovered.

But still, we have been impressed by the resilience, adaptability and creativity [of chefs]. Restaurants have come to be much more agile. And for many, it was an opportunity to step back a bit and rethink their culinary offerings and to reach the next level with more creativity, but also [to think] about the footprint of what they do related to the environmental impact of gastronomy. They’ve also been able to reflect on their own practices and the ways they work with communities, the ways they try to reduce food waste. Chefs and their teams are embracing the topic of sustainable gastronomy.

CI: I would add that in terms of the pandemic, it was definitely a challenging time. But I would just like to reiterate that we were really impressed by the adaptability and the resilience that the chefs have demonstrated in the culinary community in general. And I think going forward that adaptability is something that will be part and parcel of operating a restaurant during these times.

I also want to chat about the Green Star, Michelin’s new-ish award that highlights restaurants’ sustainability efforts. How do you think sustainability will impact the dining industry moving forward?

GP: Michelin is putting the spotlight on role models in terms of sustainable gastronomy. There are 11 restaurants being rewarded with a Green Star in the U.S., and we have exactly 369 worldwide restaurants being recognized with a Green Star. We know that sustainable gastronomy is arousing more and more interest from a gourmand’s perspective. So really, it’s additional criteria to help them pick the right place. And there’s momentum—more and more chefs are taking it seriously. They are putting sustainability at the core of what they do and showing a willingness not only to impact their own practices, but to try to be role models with a real impact on food. More and more of them realize that there is a lot at stake for them, that it can have a real impact. The dream is that in the years to come, more and more restaurants being acknowledged by the Michelin Guide for the quality of their food will also be recognized for their sustainable commitments.

CI: I’m definitely looking forward to that as well, and I would add that in addition to the Green Star, we do have—and promote—sustainability initiatives. Those have increased over the last year as well based on our outreach to restaurants in our selection who are very excited to share what they’re doing in terms of sustainability efforts. So I believe that in Chicago there’s a great representation of sustainability, and we look forward to awarding a Green Star soon.

SENECA, Ill. — 15 people were injured in a boat fire in Seneca on Saturday afternoon, with one person suffering serious injuries, police said. According to Illinois State Police, troopers responded … END_OF_DOCUMENT_TOKEN_TO_BE_REPLACED

Vallas was CEO of Chicago Public Schools from 1995 to 2001 and served as city budget director under former Mayor Richard M. Daley. More recently, he worked as an unpaid consultant to the Fraternal … END_OF_DOCUMENT_TOKEN_TO_BE_REPLACED

As we continue our look at the candidates running for office this summer, we’re turning our eye toward Illinois’ 2nd Congressional District, where incumbent Rep. Robin Kelly is hoping to be elected to … END_OF_DOCUMENT_TOKEN_TO_BE_REPLACED