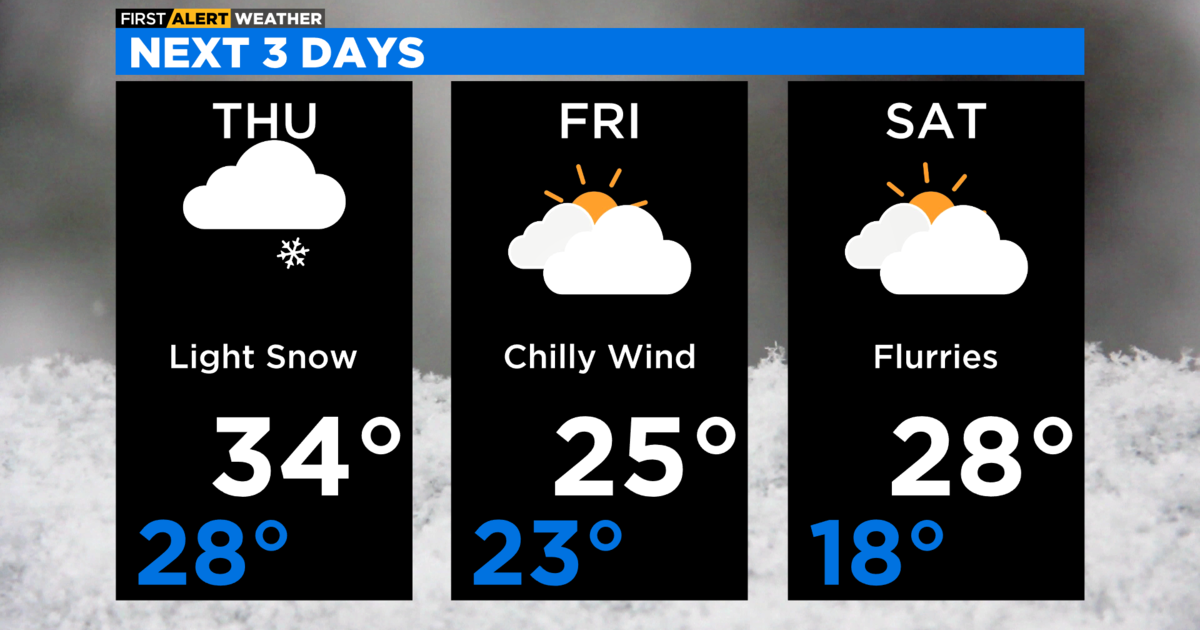 CHICAGO (CBS) — Scattered snow showers will decrease through the evening and only flurries are expected overnight. Lows tonight will be in the mid to upper 20s.

A reinforcing cold front moves into the area on Thursday, pushing in even colder air for the days ahead. Highs on Thursday will be in the low 30s, with several locations outside of Chicago staying at or below freezing. Scattered light snow showers are in the forecast, but no additional accumulation is expected.

Temperatures modify next workweek, with highs in the low 40s on Monday, mid 40s Tuesday and near 50 degrees on Wednesday.

THURSDAY: Cloudy skies with a 30% chance of light snow. Breezy and colder. High 34°

CHICAGO — A Chicago man faces criminal charges in the riot at the US Capitol nearly two years ago.  Federal authorities say James McNamara was identified as the suspect seen repeatedly ramming the … END_OF_DOCUMENT_TOKEN_TO_BE_REPLACED

Other provisions would loosen the definition of an EV worker and appear to be aimed at existing automakers in Illinois, especially Stellantis and Ford. They have huge conventional auto assembly plants … END_OF_DOCUMENT_TOKEN_TO_BE_REPLACED