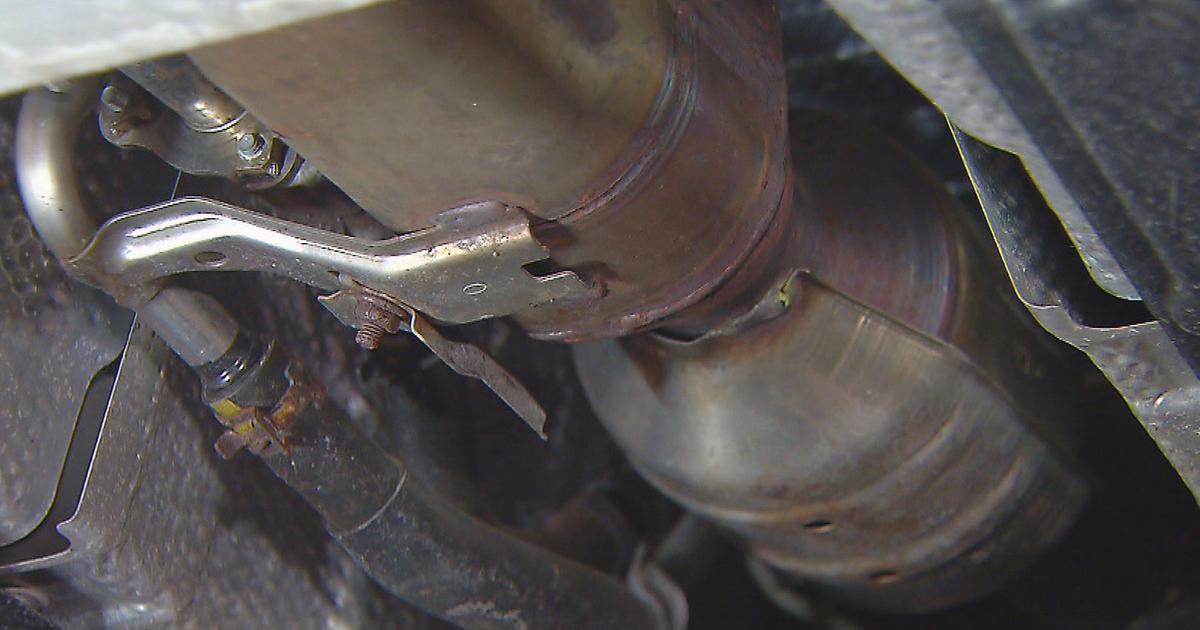 ARLINGTON HEIGHTS, Ill. (CBS) – A Chicago man is charged after attempting to steal a catalytic converter at a condominium complex Saturday afternoon.

Arlington Heights police said around 4:30 a.m., officers were dispatched to the 1400 block of East Central Road for a possible catalytic converter theft in progress.

Police said a resident called 911 after noticing a suspicious vehicle and several subjects walking around the parking lot.

Responding officers interrupted the theft and a chase ensued with the described vehicle; a blue 2018 Jaguar F-Pace that was recently stolen from downtown Chicago, but ended shortly after the car drove over a large landscape boulder.

Authorities attempted to locate the six other suspects but were unsuccessful.

Nine stolen catalytic converters and three loaded Glock handguns, each with an extended magazine – one with a laser sight and lift and power tools were recovered from inside the stolen car.

CHICAGO — A Chicago man faces criminal charges in the riot at the US Capitol nearly two years ago.  Federal authorities say James McNamara was identified as the suspect seen repeatedly ramming the … END_OF_DOCUMENT_TOKEN_TO_BE_REPLACED

Other provisions would loosen the definition of an EV worker and appear to be aimed at existing automakers in Illinois, especially Stellantis and Ford. They have huge conventional auto assembly plants … END_OF_DOCUMENT_TOKEN_TO_BE_REPLACED