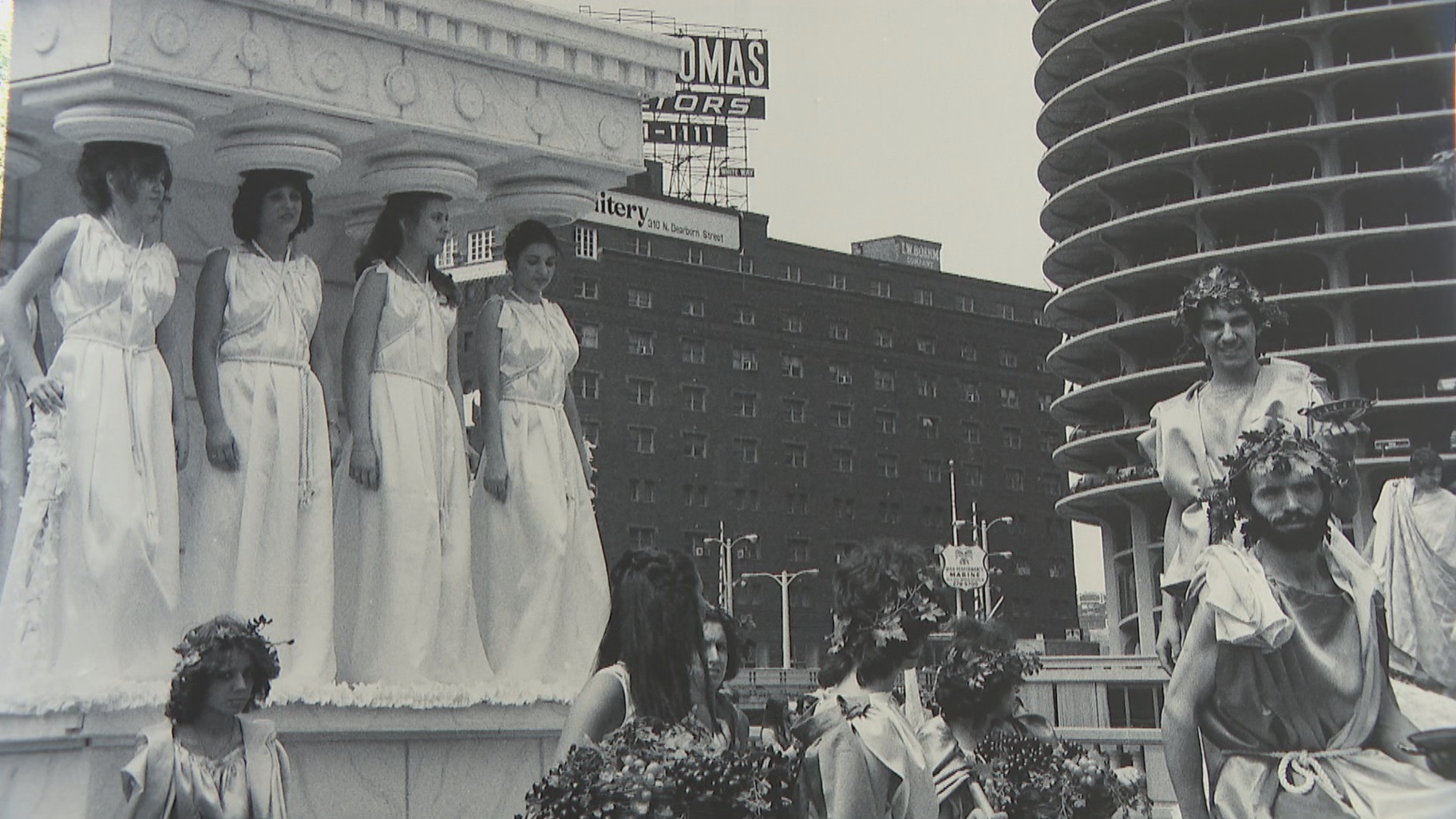 An exhibit at the National Hellenic Museum in Greektown is showcasing some throwback  moments of celebrations in the city, dating back to the 1980s.

Arts Correspondent Angel Idowu introduces us to Diane Alexander White, and shares how she captured Chicago.

What do the Greek Independence Day Parade, the Bud Billiken Parade and the Mexican Civic Society Parade all have in common, aside from being parades of course? Well, they were all photographed by Greek photographer Diane Alexander White.

“It’s almost surrealistic thing going on,” White says. “You’ve got girls dressed as caryatids, and acting as if they were columns as they would if they were sculpted at the Parthenon against Marina Towers. That’s thousands of years of difference right? Those things are what I love to look for.”

It’s the summer of 1981, and White is a college photography student on a mission to capture Chicago. No matter the parade or festival, her goal was to capture the importance of community, a value she was raised with.

“Growing up Greek, I was a part of the community,” White said. “Really loving, inclusive, and fun. We have our own festivals and church picnics. The Greek parades were a big part of that as well. Because at that time in the 70s and 80s, those parades took place on the city streets downtown. Michigan Avenue, State Street, Dearborn. So we have these incredible buildings as a backdrop.”

Primarily featuring photos from 1981, the exhibit also features community gatherings from 1974. Those moments range from the Chinese New Year Parade, a Jewish festival and more.

“What I love the most is groups of people. They’re there for a particular reason. I had an instructor who said, ‘Don’t just focus on the event itself, but who is around the vent, observing it?’” White says.  “That was 1981 when Jane Byrne was mayor. She was really big on Chicago festivals, they were a big deal and then having all these neighborhood events. I photographed 18 that summer.”

While White has since moved from the city streets to the Chicago Field Museum documenting artifacts, she says her love for capturing moments in time will always be rooted in celebrating similarities, rather than differences.

“We love to gather, and that’s what this is about. It’s gather together. You’re gathering whether you bring friends into your home, or you’re going out together as a group, really sharing your ethnicity and who you are and where you and your family came from,” she said.

You can see “Gather Together” at the National Hellenic Museum in Greektown through Dec. 30, 2022. See more of White’s photography here: https://www.dawhitephotography.com/

PHOENIX (AP) — Devin Booker scored a season-high 51 points in just three quarters, Deandre Ayton had 30 points and 16 rebounds and the Phoenix Suns stretched their winning streak to six games with a … END_OF_DOCUMENT_TOKEN_TO_BE_REPLACED

The 202-room Courtyard by Marriott Boston Marlborough has been sold for $15.3 million. The deal for the property at 75 Felton St. in Marlborough closed on Monday, according to the Middlesex South … END_OF_DOCUMENT_TOKEN_TO_BE_REPLACED

“We can't sit back and just wait for the war in Ukraine to be over,” LaPointe said during debate on the House floor. “We in Illinois have to do everything we can … to make sure we're doing our part to … END_OF_DOCUMENT_TOKEN_TO_BE_REPLACED