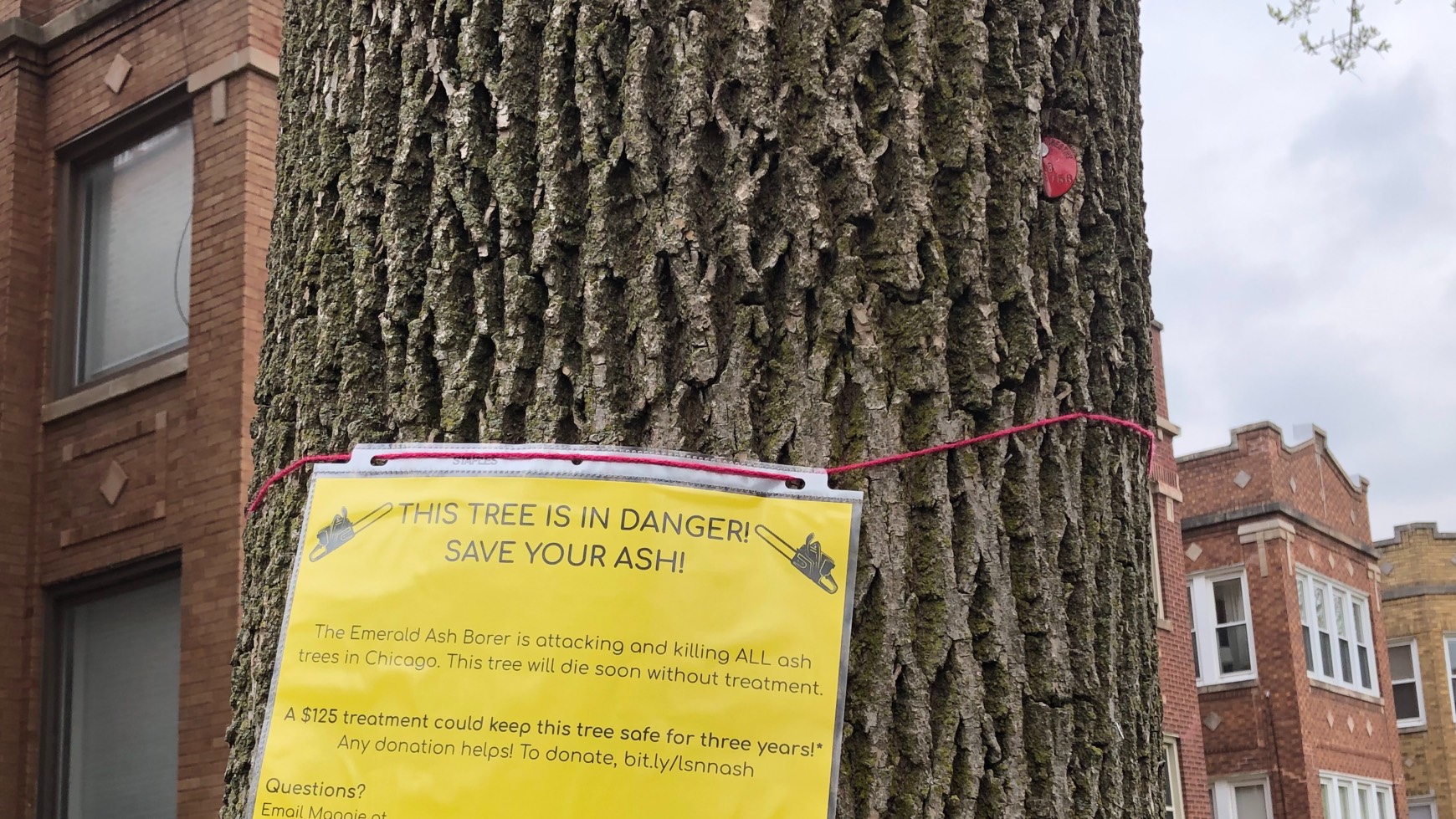 The biggest change between the 2010 tree census and 2020’s was the loss of 6 million ash trees. (Patty Wetli / WTTW News)


The Morton Arboretum has released the results of its 2020 Chicago region tree census just in time for Arbor Day, and while the report contains some good news, there are also several causes for concern.

As expected, the biggest change since the first census was conducted in 2010 is the loss of an estimated 6 million ash trees, felled by the emerald ash borer.

Of the nearly 7 million ash trees still standing, only a small percentage are healthy and of those, too many are scarcely past the sapling stage. More than 30% of ash trees in the region have diameters of 3 inches or smaller and are unlikely to reach maturity without ongoing treatment, according to the census report.

In the overall region — the city of Chicago and the surrounding counties of Cook, DuPage, Kane, Kendall, Lake, McHenry and Will — a different invasive species is having an ill effect on the canopy cover and forest health.

European buckthorn accounts for 36% of total trees, an increase from 30% in 2010. In some counties, buckthorn is utterly dominant, at 55%. The problem with the invasive shrub is that it crowds out native plants, causes erosion and presents little in the way of food or habitat for wildlife. And it generally doesn’t grow large enough to provide the benefits of canopy trees, according to the census report.

On a positive note, the census did find an increase in the total number of stems, up from 157 million trees in 2010 to 172 million trees in 2020. There are nearly 200 different species represented in that count regionally (103 in Chicago).

The canopy coverage regionwide increased from 21% in 2010 to 23% in 2020, which has important implications for carbon uptake, oxygen production and stormwater absorption.

Promisingly, the region’s oak ecosystem is holding steady. Though oaks make up just 4% of total trees, they account for 13% of leaf area and support more than 600 animal species, the census report noted.

The results of the census will be used to guide public policy, including tree planting initiatives, restoration efforts and invasive removal.

In 2010, the Morton Arboretum, in collaboration with the USDA Forest Service, undertook the first tree census of the regional forest. In 2020, the Arboretum and its partners, Davey Resource Group and the Student Conservation Association, remeasured 1,576 plots in the city of Chicago and the seven surrounding counties.

Chicago Shooting News Live: A gunman on a rooftop opened fire on an Independence Day parade in suburban Chicago on Monday, killing at least six people, wounding at least 30 and sending hundreds of … END_OF_DOCUMENT_TOKEN_TO_BE_REPLACED

The real estate industry is beyond crowded — it seems like agents are popping up everywhere and taking aim at your clients. So, how can you cut through all that noise to stand out? You’ve got to … END_OF_DOCUMENT_TOKEN_TO_BE_REPLACED

Chicago Mayor Lori Lightfoot confirmed to the New York Times that the Chicago Police Department is assisting in the response and investigation.  “Law enforcement is working hard to bring the shooter … END_OF_DOCUMENT_TOKEN_TO_BE_REPLACED