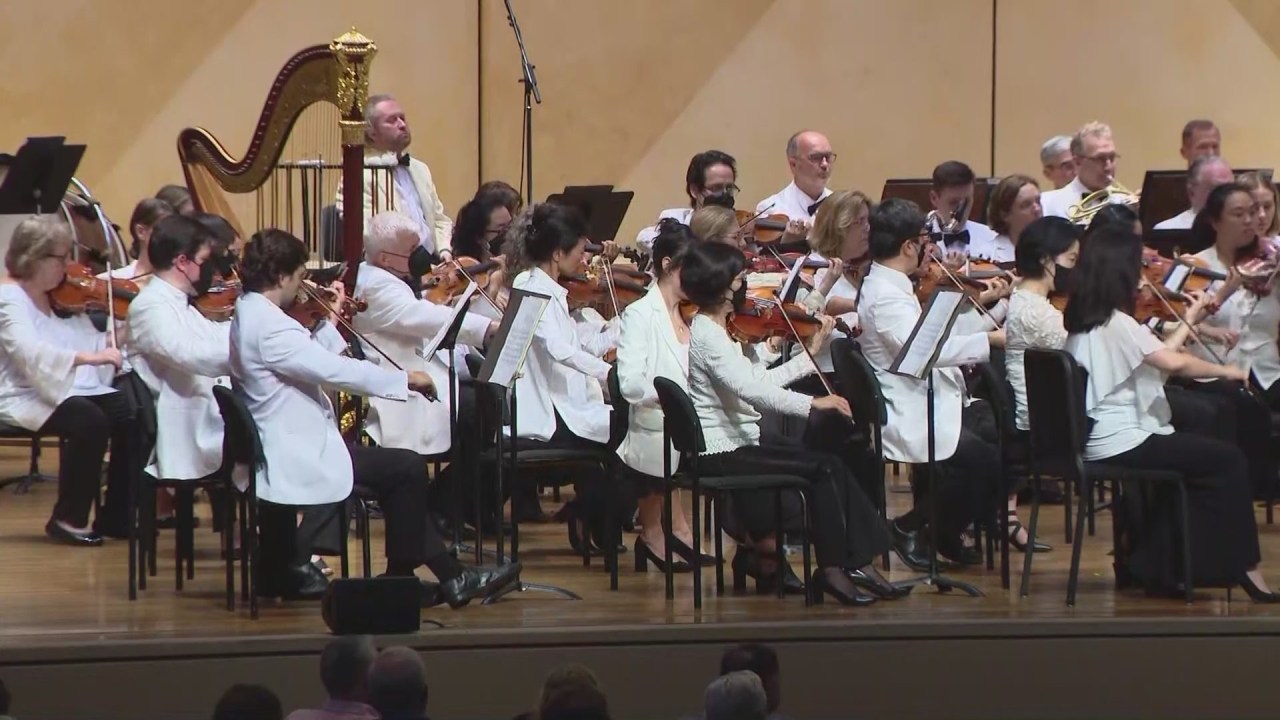 “We’re replacing the first piece with a special piece by Edward Elgar called ‘Nimrod’,” said President and CEO of Ravinia Festival Jeff Haydon. “It’s just a beautiful contemplative piece and we’re going to be just inviting everybody to have a moment of silence to reflect on the victims and to reflect on how they can just help the community heal.”

“Nimrod” is the name given to the ninth variation in Edward Elgar’s Enigma Variations, an orchestral work of 14 variations based on Elgar’s family and friends with an original theme composed between 1898 and 1899.

Outside of Elgar’s Enigma Variations, some may know “nimrod” to mean “an inept person,” but the name is actually that of a biblical character. According to the books of Genesis and Chronicles, Nimrod is the great-grandson of Noah and described as a king and “mighty hunter” in the land of Ishnar.

The concert began at Ravinia Festival at 8 p.m. was free to the public.

“I think it’s nice to have a space and time to think about what happened,” attendee Joelle Llorens said.

Starting next week, local officials will release details about the new navigation resource center managed by Highland Park that will open next Wednesday.

The announcement comes as counseling services at Highland Park High School come to a close.

“I think it’s important for individuals to know there are resources and supportive organizations available that are ready to respond and are responding in a culturally-sensitive manner,” said Carmen Patlan, Executive Director of the Highwood Public Library and Community Center. “Our community has really come together in this horrific time.”

There will be a press conference in Spanish at 1 p.m. Monday at the Highland Park Library to provide details about the resource navigation center for the Spanish-speaking community.

Democrats called the bill the largest investment in fighting climate change ever made in the US, and it’s projected to help cut greenhouse gas emissions by about 40% from 2005 levels by the end of the … END_OF_DOCUMENT_TOKEN_TO_BE_REPLACED