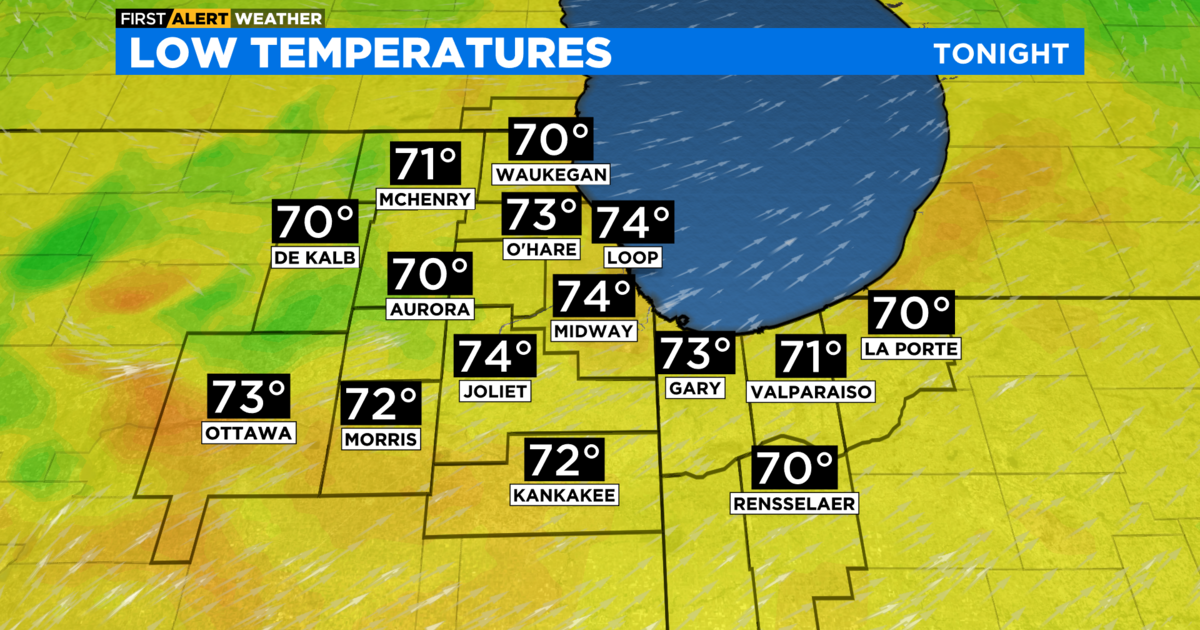 CHICAGO (CBS) — A mild night is ahead with lows in the low to mid 70s.

This follows a round of severe storms that prompted severe thunderstorm warnings one by one from west to east.

A severe thunderstorm watch was also issued for much of the Chicago area, but has since been dropped.

The storms brought gusts up to 60 mph over Downers Grove as of just before 6:30 p.m. Winds of 60 to 65 mph were reported soon afterward near Midway International Airport.

There was concern that the system could turn tornadic. The storm did produce a funnel cloud in Kane County, CBS 2 Meteorologist Albert Ramon reported. However, no tornado warnings were called.

CBS 2’s Kris Habermehl tweeted a photo of some turbulent clouds at the airfield in Schaumburg after Chopper 2 had to land due to the threat of severe weather.

Turbulent cloud base overhead at the airfield as Chopper 2 is made ready to put away. Listen to CBS2’s own Mary Kay Kleist to protect yourself & your property. More at https://t.co/vhbRxCcLib pic.twitter.com/CcKOwDHN7Y

Clouds will increase Wednesday as a front passes over the area. A few showers will be possible. Highs will be in the upper 70s and low 80s.

Much cooler for Thursday and Friday with highs only in the 60s.

The 70s return this weekend with a chance for showers on Sunday.