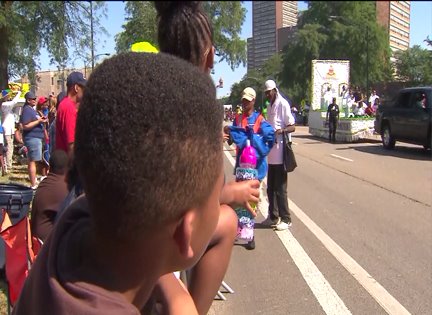 CHICAGO — Chicago’s Bud Billiken Parade in Bronzeville will make a comeback on Saturday.

Tens of thousands of spectators are expected to South Side parade. Due to coronavirus concerns, masks are encouraged. About 125 groups will participate, with WNBA and Chicago Sky star Candace Parker set to be the parade’s Grand Marshall.

Free vaccinations will be available in Washington Park from 10 a.m. to 4 p.m.

On Chicago’s South Side, teens are building boats — and confidence

Rapid COVID-19 testing will also be available at 47th Street and King Drive.

The parade was originally organized in 1929 by the Chicago Defender newspaper. It was canceled for the first time last year as a result of the pandemic. “Back to school, Back to life, Back to Bud Billiken” is the event’s theme.

Bud Billiken is a fictional character created in 1923 that is considered a guardian of children.

A representative for Vistria declined to comment. Founded in 2013 and led by Marty Nesbitt and Kip Kirkpatrick, Vistria manages more than $8 billion in assets and invests across health care, education … END_OF_DOCUMENT_TOKEN_TO_BE_REPLACED