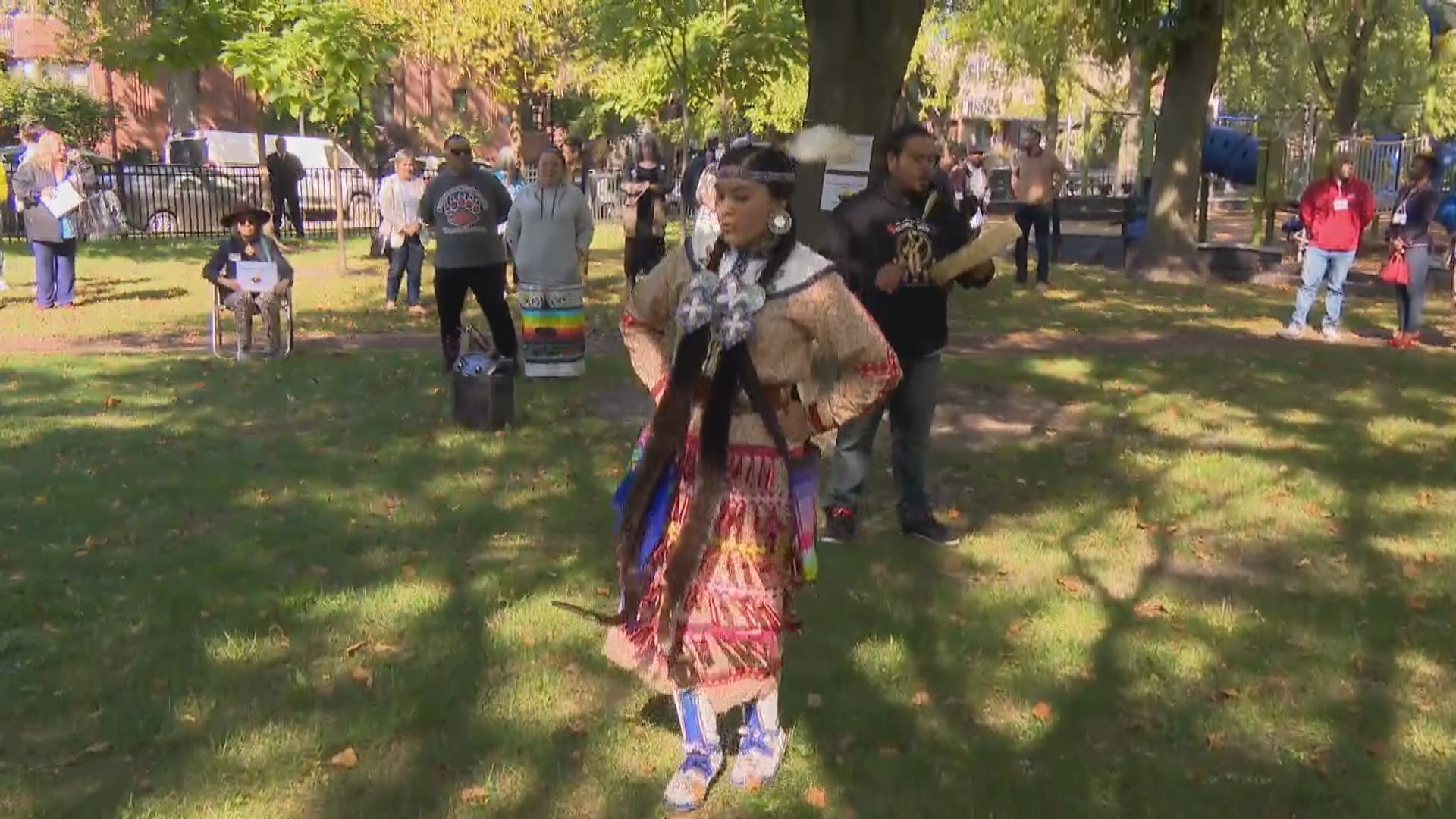 In Chicago, the Columbus Day Parade was held on Monday.

Some organizations and governments are changing how they observe the holiday, if at all, while many people still gather for the annual parade.

“I love my Italian heritage and I just want to come to this parade and see the bands,” said attendee Julie Robilotta.

The Joint Civic Committee of Italian Americans organized the parade where more than 100 floats, bands and marchers traveled down State Street. The event is billed as a celebration of Christopher Columbus’ voyage and the Italian-American community.

“We ask this great diversity in America to come and celebrate their culture with us that’s the legacy of Columbus it’s a nation of immigrants,” said Louis Rago, the parade’s grand marshal.

Rago has held the position since 1972.

“This is a labor of love, and I have my whole family involved,” he said.

Although Columbus Day remains a federal holiday, advocates have pushed the city, county and state to officially replace it with Indigenous Peoples’ Day.

“This is our land. The land you’re standing on today is native land and it was stolen. It’s important to recognize the native people are here and we’re still here,” said Les Begay, one of the founders of Indigenous Peoples’ Day of Illinois.

In Potawatomi Park in the Rogers Park community, the Indigenous Peoples’ Day Coalition gathered alongside local and state officials to push for the change.

“When we talk about the societies who lived here for hundreds and thousands of years, all the Native Americans that unfortunately so many of us are not talking about in our schools, it’s important to talk about that history of erasure to talk about the history of physical violence and systemic violence,” said state Sen. Mike Simmons.

Organizers cite Columbus’ role in the genocide of indigenous people.

“As I’ve said time and time again, this is not anti-Italian, it’s anti-Columbus,” Begay said. “If it’s about Italian pride then you can have Italian heritage day and we can gladly share that, but we cannot share the day with Columbus because of the crimes committed to native people.”

Still, some in Chicago’s Italian community are against replacing Columbus Day, saying the holiday is an important historical marker for Italian Americans.

“It will hurt a lot of people,” Rago said. “First off, it will hurt history because the reasoning is just not there.”

Phil Cassata and his family have been coming to watch the parade for more than 15 years.

“If we are going to go down that road we are going to have to change a lot of things in a lot of cultures,” Cassata said. “This was a time in our history that this how things were done. We don’t agree with that now in today’s world but I believe there is much as good as bad that came out at that time.”

Several states have stopped celebrating Columbus Day. Locally, the city of Chicago has removed the Christopher Columbus status from Grant and Arrigo parks.

“Is it just celebrating Indigenous Peoples’ Days or looking how we talk about the history of indigenous people in our schools? People always talk about Native Americans like they’re no longer here and they still are here,” Simmons said.

Advocates staged a tent city in the lobby of City Hall during Mayor Lori Lightfoot's budget address on Monday, Oct. 3, 2022, calling on Chicago to provide a dedicated stream of funding to tackle the … END_OF_DOCUMENT_TOKEN_TO_BE_REPLACED

The candidates face off Dec. 6 in the final Senate contest of the 2022 midterms because neither surpassed 50% of the vote in the general election a little more than two weeks ago, which included a … END_OF_DOCUMENT_TOKEN_TO_BE_REPLACED