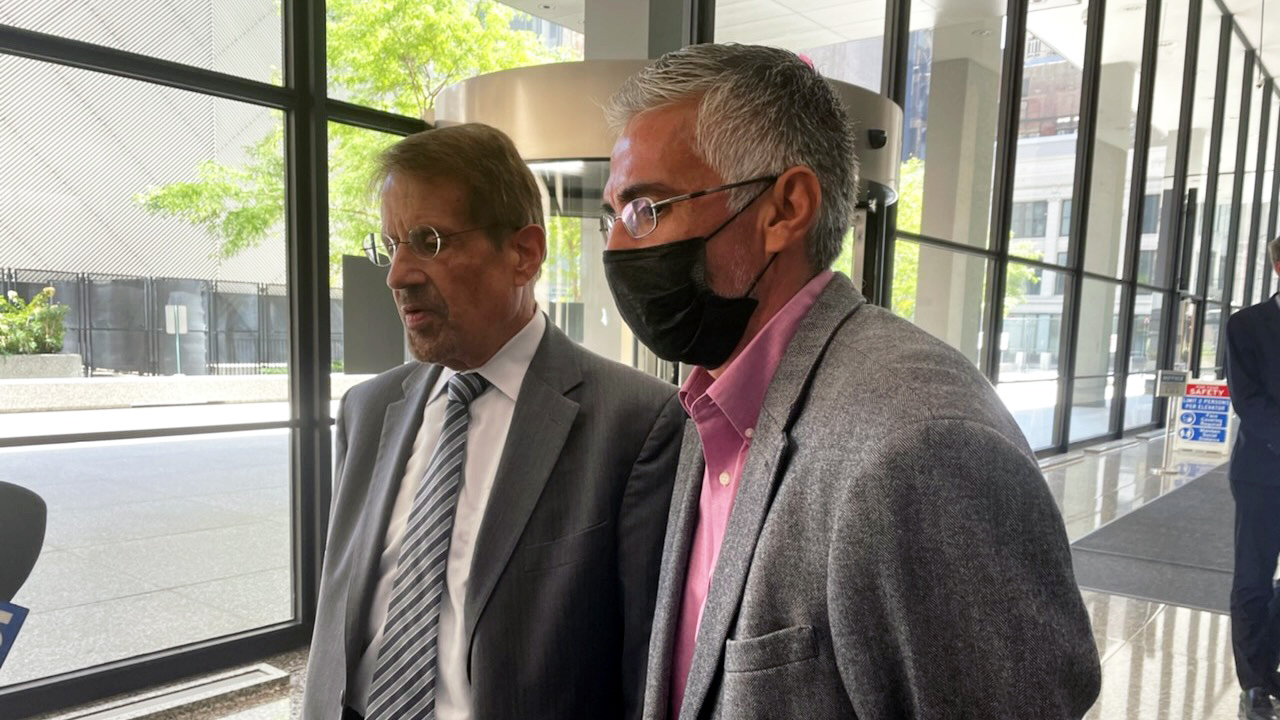 
The surge of COVID-19 driven by the omicron variant will delay the sentencing of former Ald. Ricardo Muñoz (22nd Ward), who pleaded guilty in September to charges that he drained $16,000 from the bank account of the City Council’s Progressive Reform Caucus and used those funds to pay for a relative’s college tuition.

Muñoz pleaded guilty to one charge of wire fraud and one charge of money laundering before U.S. District Judge John F. Kness. The next hearing in the case is set for Feb. 11, when Kness said he was hopeful the current “very fluid public health circumstances” would be clearer.

Muñoz pleaded guilty to transferring $16,000 from the caucus’ account on Oct. 31, 2016 and then making a $15,234 payment to an out-of-state college to resolve an overdue tuition bill. At the time of the tuition payment, Muñoz’s account had approximately $300 in it, Assistant U.S. Attorney Morris Pasqual told Kness just before Muñoz pleaded guilty.

Muñoz’s plea agreement calls for a sentence of 10-16 months in custody, although Kness will determine the former alderperson’s sentence. Muñoz also agreed to pay $6,000 in restitution to the caucus.

Federal prosecutors have asked Kness to sentence Muñoz to one year and one day in prison because he “abused his public position and betrayed the public trust.”

Muñoz “violated the oath he took as an alderman where he swore to faithfully discharge the duties of his office to the best of his abilities,” according to prosecutors.

A sentence for Muñoz that doesn’t include prison time would send the “wrong message to the public: that public officials who violate the law are held to a different — more lenient — standard than others. [Muñoz] was only able to commit these crimes because of his role as an elected official; everyday citizens do not have access to political action committee funds that they can dip into when they are short on cash. A custodial sentence here would promote respect for the law by showing that no one — not even elected officials — are above the law,” prosecutors told the judge.

Muñoz, who was the caucus’ chairman and treasurer, told reporters in April 2019 there had been a “misunderstanding” and he pledged to pay back the caucus.

Muñoz announced in July 2018 he would not run for reelection, saying he wanted “to make some real money.”

Muñoz was removed from the Progressive Caucus — formed to oppose former Mayor Rahm Emanuel — in January 2019 after being charged with misdemeanor domestic battery. He entered treatment for alcoholism soon after.

Police said Muñoz hit his wife during an argument, but he was acquitted by a judge.

Ald. Scott Waguespack (32nd Ward), then chair of the Progressive Reform Caucus, announced the questionable spending by Muñoz and notified authorities in April 2019.

It is against the law for politicians to use campaign funds for personal expenses.

The April 29 indictment alleged Muñoz used funds contributed to the caucus to support progressive initiatives to cover a variety of expenses, including $4,000 for jewelry and skydiving trips. The indictment also alleges Muñoz used the caucus’ campaign funds to spend $161 at a suburban Lover’s Lane.

Muñoz withdrew cash from the caucus’ bank account and used the fund’s debit card more than a dozen times, according to the indictment. In other instances, Muñoz withdrew funds from the caucus’ bank account and then transferred it to his personal campaign account, Citizens for Muñoz, and then to his personal checking account, according to the indictment.

Had Muñoz been convicted of both of the charges he pleaded guilty to, he could have faced a maximum of 30 years in prison and a $500,000 fine, even as sentencing guidelines called for a lesser penalty.

Matt Masterson contributed to this report.

It took the 1991 Tucson Toros 147 days to play 148 games, and almost every night the Toros would be introduced to a new player in the clubhouse: one who had been sent down from the parent Houston … END_OF_DOCUMENT_TOKEN_TO_BE_REPLACED

Representatives for New York-based Melvin and the SEC declined to comment.  Melvin lost about $7 billion in January 2021 in a Reddit-fueled short squeeze of GameStop Corp. and other companies popular … END_OF_DOCUMENT_TOKEN_TO_BE_REPLACED