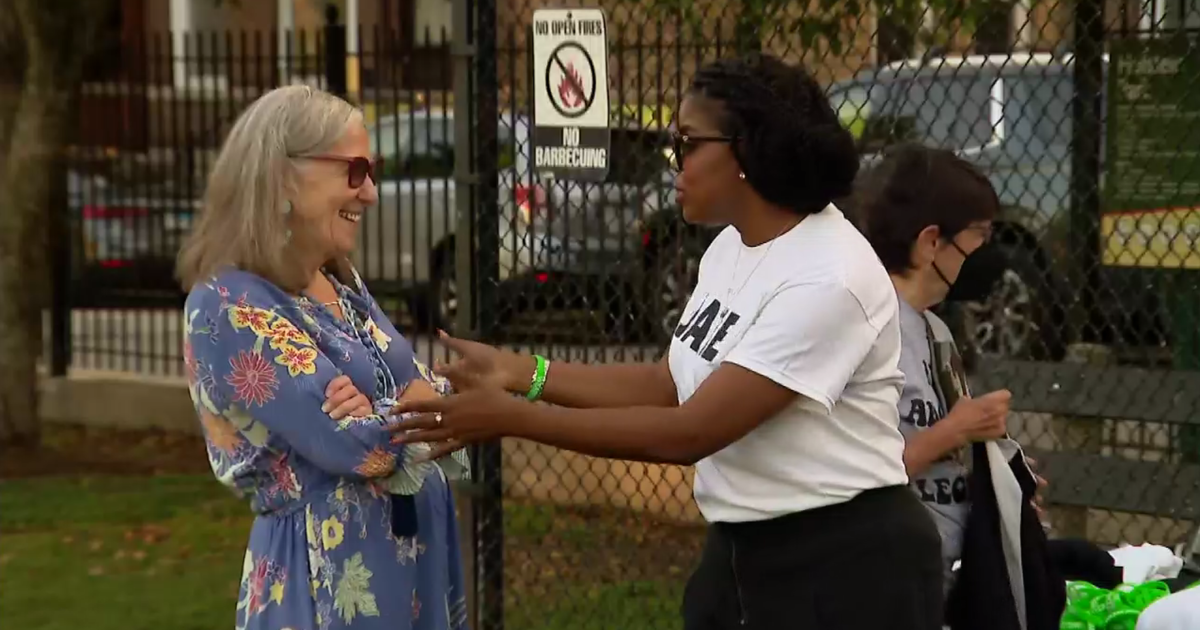 CHICAGO (CBS) — In the pre-Roe v. Wade era when abortion was a crime — and even circulating information about abortions in Illinois was a felony — emerged the most unlikely group bandits.

The Jane Collective was a group of Chicago women who formed an underground society and helped thousands of women get access to an abortion in the 1960s and early 1970s. The roots of the Jane Collective went back to 1965, when University of Chicago student Heather Booth helped one friend find a safe abortion provider – and soon began receiving calls from other women in search of the same.

The new HBO documentary “The Janes” tells their story, and was screened for free Tuesday night at Holstein Park, at 2200 N. Oakley Ave. in Bucktown. People got to hear firsthand from members of the Jane Collective – who shared their stories of why they felt they felt compelled to break the law—and how their work is still relevant today.

As a 20-something living in Chicago, Smith found a phone number for Jane in an underground newspaper. “Jane” was the code word for the secretive network of women offering abortions – formally called the Abortion Counseling Service of Women’s Liberation.

Smith was one of more than 11,000 women who received an illegal abortion in Chicago before Roe v. Wade guaranteed a right to an abortion in 1973. She later went on to volunteer with the grassroots group.

So did Dorie Barron.

“Nobody wants to break the law when they’re trying to help people, but we had no choice,” Barron said.

The free screening of “The Janes” Tuesday night was organized by community members, who say the story of the Janes is more relevant today than ever with the present-day Supreme Court’s decision to overturn Roe v. Wade.

“We’re back, you know?” said Linda Kanoski. “We’re getting back to where we were before Roe.”

“Anger, sorrow that we’re back having to deal with these same issues,” added Smith.

While abortion was illegal in Illinois before Roe, it now remains legal under state law in Roe’s absence. And in recent months, abortion access has polarized parts of the country.

The divisiveness of the issue on full display at the neighborhood movie night. The promotional signs were vandalized in the days leading up to the event.

“I feel that cruelty has almost been the norm, and when I see it, I have to stand up,” said screening organizer Jean Alan.

After all, standing up to authority and opposition is what the Janes chose to do.  Seven of the Janes were arrested in 1972 after a raid on an apartment – Jeanne Galatzer-Levy, Abby Parisers, Judy Pildes, Madeleine Schwenk, Martha Scott, and Diane Stevens. They were charged with 11 counts of conspiracy to commit abortion – and were each facing 110 years in prison, the documentary points out.

The charges were dropped after the Roe v. Wade ruling in 1973.

“It was an incredible lesson in sisterhood,” said Barron.

“People were suffering, and people were getting abortions anyways – and so to be able to do it in a way that was respectful to the women,” said Smith.

Along with the screening Tuesday night, several women’s health organizations came to Holstein Park Tuesday night. Organizers we spoke with say more than anything, they hope the event was a learning opportunity.