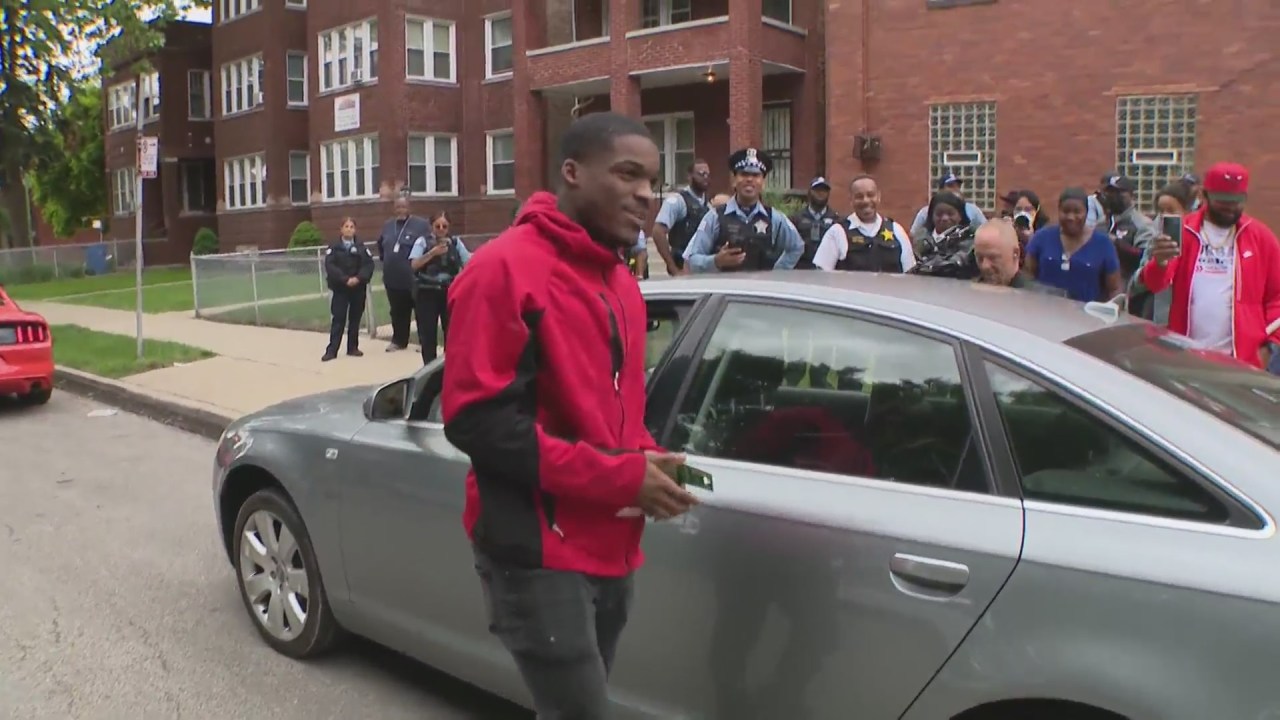 CHICAGO — A 20-year-old man who braved live, electrified train tracks to save a stranger’s life was surprised with the gift of a car.

On Monday, Anthony Perry had just exited the Red Line CTA train at 59th Street when he saw an unconscious man bent over backward on the live rail track, according to a press release from I’m Telling, Don’t Shoot.

“I don’t think I was thinking about what could happen to me at the moment. It was more of what do I have to do to make the situation peaceful,” Perry said. “I felt a little shock. I felt it all over my body actually, and then I just didn’t let that stop me.”

Perry’s heroic act was captured on camera and posted on Facebook, which quickly went viral.

In the video, the victim appeared to be twitching from electricity coursing through his body which seemed to jump to Perry each time he touched the man. Once freed from the tracks, Perry administered CPR to the victim, who eventually regained consciousness. Shortly after, paramedics arrived and transported him to a nearby hospital, where he was expected to live.

For his life-saving act, Early Walker, founder of I’m Telling, Don’t Shoot, purchased a 2009 Audi A8 and surprised Perry with the vehicle at a 10 a.m. event on Wednesday. Perry commutes more than two hours daily via two CTA buses and a train to get to and from his job.

Chicago Shooting News Live: A gunman on a rooftop opened fire on an Independence Day parade in suburban Chicago on Monday, killing at least six people, wounding at least 30 and sending hundreds of … END_OF_DOCUMENT_TOKEN_TO_BE_REPLACED

The real estate industry is beyond crowded — it seems like agents are popping up everywhere and taking aim at your clients. So, how can you cut through all that noise to stand out? You’ve got to … END_OF_DOCUMENT_TOKEN_TO_BE_REPLACED

Chicago Mayor Lori Lightfoot confirmed to the New York Times that the Chicago Police Department is assisting in the response and investigation.  “Law enforcement is working hard to bring the shooter … END_OF_DOCUMENT_TOKEN_TO_BE_REPLACED