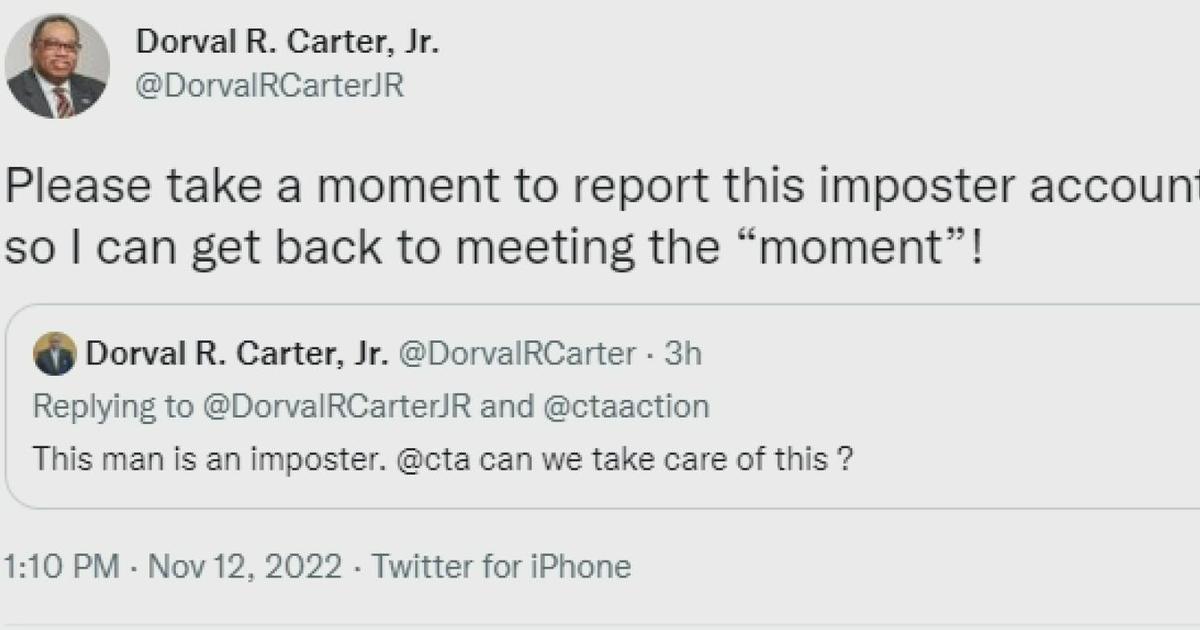 They even respond to each other in some tweets.

The transit agency says the only official information for commuters will come from its official @CTA account.

Two new Twitter accounts launched recently purporting to be CTA President Carter. They are not. Any information issued by those accounts is not official CTA information. The only verified CTA account is @cta.

CHICAGO — A Chicago man faces criminal charges in the riot at the US Capitol nearly two years ago.  Federal authorities say James McNamara was identified as the suspect seen repeatedly ramming the … END_OF_DOCUMENT_TOKEN_TO_BE_REPLACED

Other provisions would loosen the definition of an EV worker and appear to be aimed at existing automakers in Illinois, especially Stellantis and Ford. They have huge conventional auto assembly plants … END_OF_DOCUMENT_TOKEN_TO_BE_REPLACED