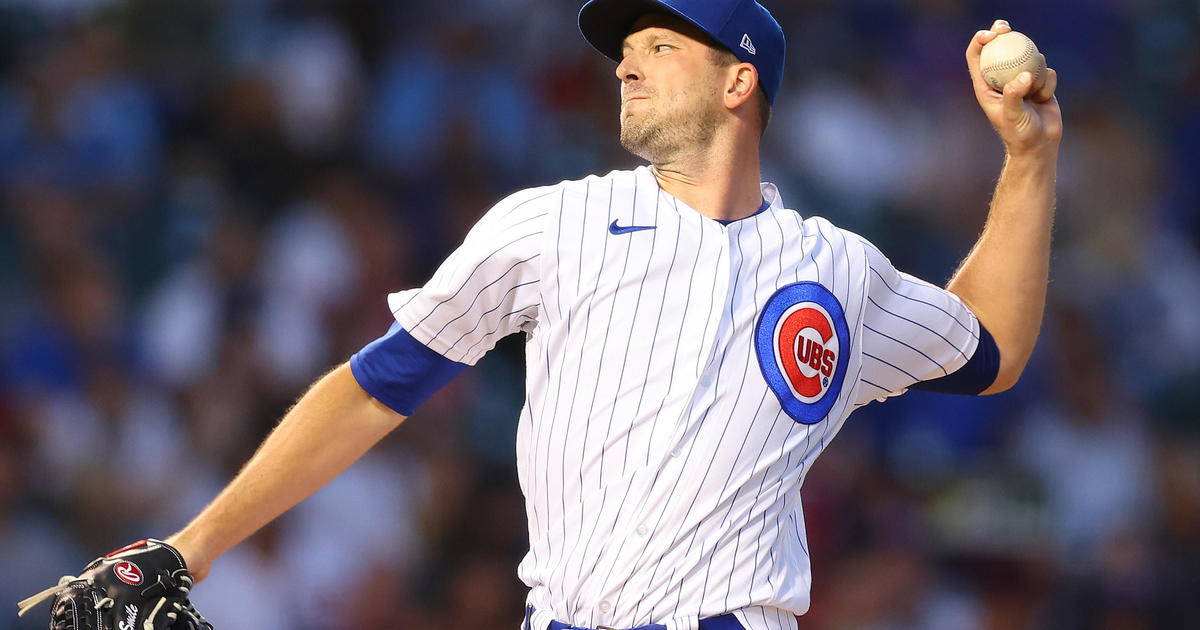 Pujols led off the seventh with a drive to left-center for his seventh homer in his last 10 games and No. 14 overall in his final big league season. There was a noticeable round of cheers from the Wrigley Field crowd of 29,719 as the three-time NL MVP rounded the bases on his second hit of the night.

Drew Smyly became the 449th pitcher to surrender a homer to the 42-year-old Pujols, who matched Barry Bonds for the major league record. It was Pujols’ 940th multihit game, snapping a tie with Paul Waner for 10th on the career list.

That one run was all Montgomery (7-3) needed. The left-hander struck out seven and walked none in his first career complete game, improving to 4-0 in four starts since he was acquired in an Aug. 2 trade with the New York Yankees.

Rookie Christopher Morel doubled with two out in the third for Chicago’s only hit. Morel hustled into third when shortstop Paul DeJong mishandled the relay from left fielder Tyler O’Neill. But Montgomery retired Nick Madrigal on a grounder to DeJong, ending the inning.

Montgomery threw 99 pitches for the NL Central leaders in the opener of a five-game series, 65 for strikes.

Chicago wasted a sharp performance by Smyly (5-7) in its second straight loss after a five-game win streak. The lefty allowed four hits, struck out six and walked two in seven innings.

Yadier Molina went 0 for 3 for St. Louis after missing the previous two games so he could be with his basketball team in Puerto Rico for the end of its championship run. The 40-year-old Molina owns the Vaqueros de Bayamón, who beat San Germán 75-61 on Saturday to clinch their 16th Baloncesto Superior Nacional title.

Cardinals: LHP Steven Matz (left MCL tear) is slated to throw another side session on Wednesday. … Manager Oliver Marmol said he got a positive report on Jack Flaherty’s third rehab start on Sunday. Flaherty, who is coming back from a strained right shoulder, threw four innings of one-run ball for Double-A Springfield. Flaherty will make another rehab start with Triple-A Memphis on Friday, going up to about 80 pitches. “Once we go through that, we’ll sit down … and figure out what’s next,” Marmol said.

Cubs: 3B Patrick Wisdom (injured ring finger on this left hand) was out of the staring lineup, but manager David Ross said he was available off the bench. … RHP Kyle Hendricks will not return this season. Hendricks is recovering from a capsular tear in his shoulder. … RHP Adbert Alzolay (right shoulder strain) was slated to begin a rehab assignment in the Arizona Complex League on Monday night.

The teams play a split doubleheader Tuesday. Adam Wainwright (9-8, 3.11 ERA) starts the opener for St. Louis, and Jake Woodford (2-0, 2.66 ERA) takes the mound for the second game. Javier Assad makes his major league debut for Chicago in Game 1, and Adrian Sampson (1-3, 3.51 ERA) gets the ball for the nightcap.