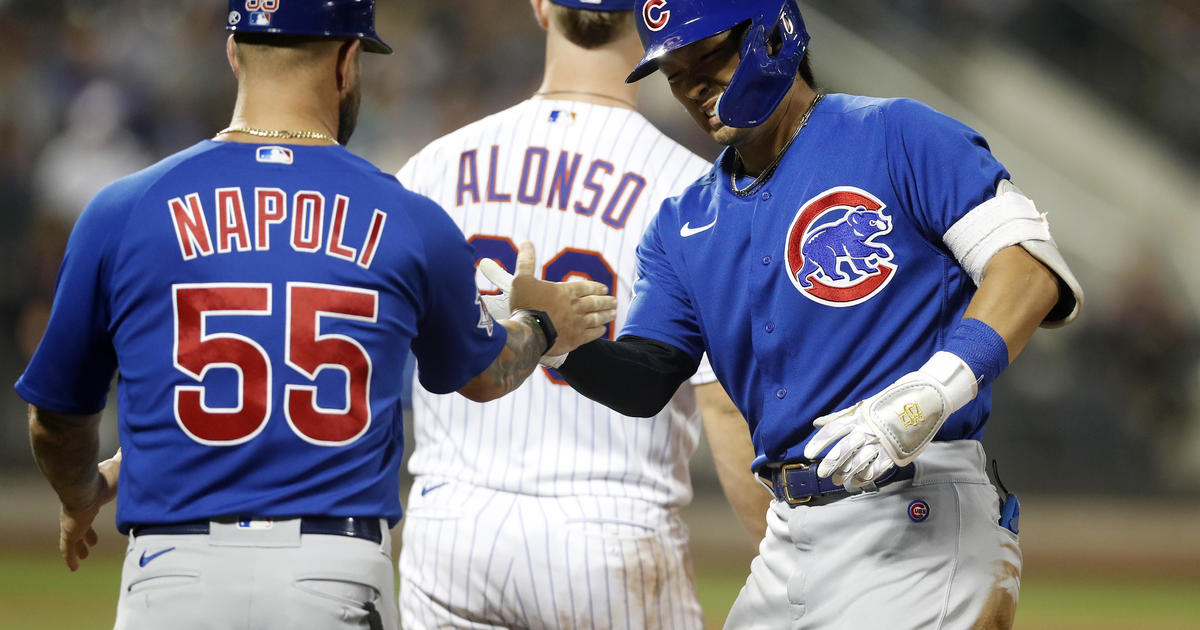 NEW YORK (AP) — Chris Bassitt had his shortest start in three months, failing to get through the fourth inning as the NL East-leading New York Mets lost to the Chicago Cubs 5-2 Monday night.

New York began the day with a 1 1/2-game edge over Atlanta, which played later in San Francisco.

The Mets had won each of Bassitt’s last eight starts, a span in which he had a 2.24 ERA. But the right-hander gave up five runs in 3 2/3 innings — his quickest exit since he lasted a season-low 3 1/3 innings against San Diego on July 8.

Rafael Ortega homered in the second — the first home run allowed by Bassitt (13-8) since he gave up Manny Machado’s round-tripper July 23, a stretch of 54 1/3 innings. Zach McKinstry hit a two-run shot in the third before Ortega and Alfonso Rivas each had an RBI single in the fourth.

The Mets stranded 10 runners — including seven over the first six innings against rookie right-hander Javier Assad (1-1), who allowed five hits in earning the first victory of his career.

Mark Canha struck out with the bases loaded in the first. James McCann delivered a two-out RBI single in the fourth, when Brandon Nimmo whiffed to leave two on. Eduardo Escobar tripled with two outs in the sixth but was left there when Assad struck out Tyler Naquin.

The Mets loaded the bases with none out but didn’t score in the eighth. Manuel Rodriguez struck out Canha before giving way to Brandon Hughes, who retired Escobar and Darin Ruf on flyouts.

Hughes gave up a two-out homer to Francisco Lindor in the ninth before retiring Jeff McNeil on a groundout for his fifth save.

Mets right-handed reliever Trevor May was activated from the injured list after missing 10 days with COVID-19. May, wearing a mask in the locker room Monday afternoon, said he stayed loose by throwing baseballs against his couch — set on its side and covered in blankets — in his apartment.

“That works really, really well, so I highly recommend it if you ever had to do that,” May said. “You don’t need a net, you can just MacGyver. I was able to throw as hard as I could. I would have had to throw 160 (mph) to get through the couch.”

The IL stint was the second of the season for May, who missed three months with a triceps injury. He had a 3.86 ERA with 14 strikeouts in 9 1/3 innings over 10 appearances in between stays on the IL.

“Timing-wise, really, really frustrating,” May said of his COVID-19 battle. “Not been a lot of things falling my way this year, in general.”

Before the first pitch, moments of silence were held for former big league pitcher Anthony Varvaro as well as the victims of the Sept. 11, 2001, terrorist attacks. Varvaro, a New York City native and St. John’s graduate who pitched for three teams from 2010-15 before retiring to become a Port Authority police officer, was killed in a car crash Sunday morning on his way to the 9/11 remembrance in Manhattan.

Cubs: SS Nico Hoerner (triceps) didn’t play after exiting Sunday’s game in the sixth inning. Manager David Ross said Hoerner was a little sore but planned to take swings in the batting cage before the game. … Willson Contreras (left ankle) is eligible to come off the injured list Tuesday, but Ross said the All-Star catcher will likely return after Thursday’s off day.

Cubs: RHP Adrian Sampson (1-5, 3.76 ERA) has one win in 14 starts this season despite allowing two runs or fewer nine times, including in each of his last three outings.

Mets: RHP Jacob deGrom (5-1, 1.66 ERA) has retired at least 12 consecutive batters in each of his last six starts, the longest such streak in the last 40 years.