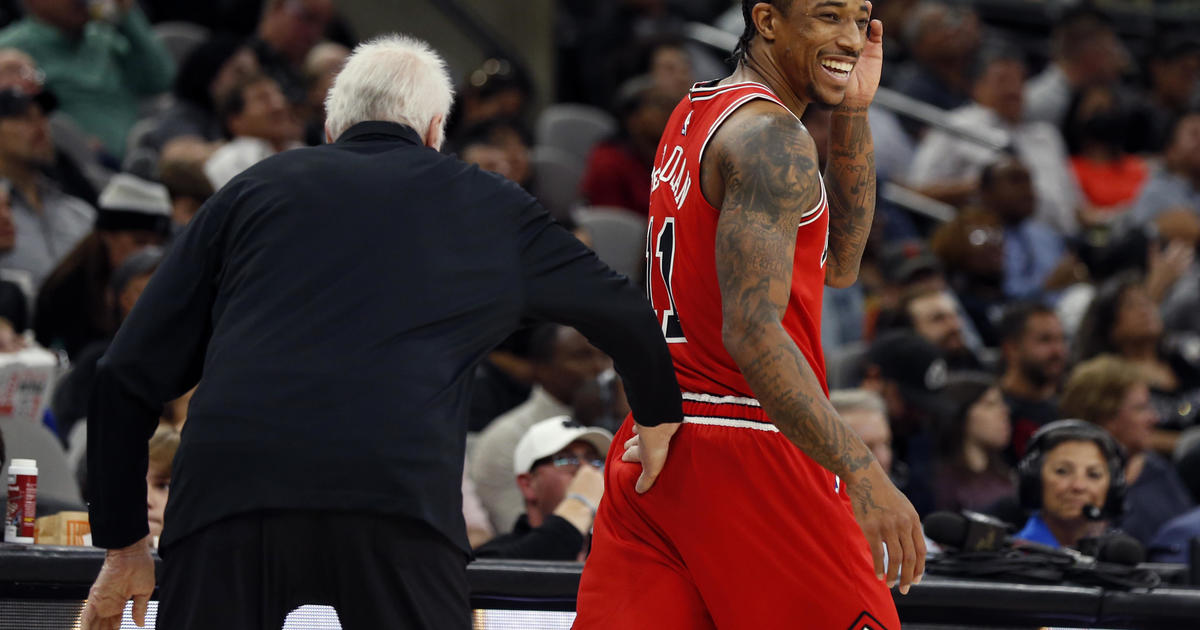 The victory came hours after San Antonio waived Joshua Primo, shockingly cutting ties with the No. 12 pick in the 2021 NBA draft.

The Spurs refused to provide details about their decision.

“Have you all gotten the statement we’ve made?” San Antonio coach Gregg Popovich said. “That’s all I choose to say about that right now. We are just going to stick with what we told you all.”

The news cast a pall over the game as fans clamored to find out what led to the move, but the Spurs did not let it impact their performance.

Jakob Poeltl added 21 points and 13 rebounds for San Antonio, who improved to 4-2 in what is supposed to be a rebuilding season.

DeRozan was part of the Spurs’ restructuring when they traded Kawhi Leonard to the Toronto Raptors for him. He spent three seasons with the Spurs before signing with the Bulls last season.

In an era when 3-pointers are a mainstay in the NBA, DeRozan has quietly scored 20,000 while primarily relying on his mid-range jumper. In fitting fashion, DeRozan reached the milestone by sinking a 19-foot jumper with 5:43 remaining in the first quarter.

Bulls: G Zach LaVine sat out for injury management of arthroscopic surgery on his left knee. Chicago coach Billy Donovan said the Bulls would assess LaVine game-by-game to determine when he would sit as he recovers from offseason surgery. … Ayo Dosunmu exited the game but returned after taking a knee to the side of his head with 9:05 remaining in the third quarter. Dosunmu slipped and struck Johnson’s knee as he fell to the court. He was assisted to the back but returned to the game.

Spurs: Former Spurs assistant Becky Hammon was in attendance and honored during the first half. Hammon won a WNBA championship in her first season as head coach of the Las Vegas Aces. The Spurs played a video highlighting Hammon’s career as a member of the San Antonio Stars as well as the WNBA title. … Staff at the Spurs fan shops were instructed to remove Primo’s jerseys prior to the game. Primo’s jersey is also no longer available online at the Spurs’ official website.

Other provisions would loosen the definition of an EV worker and appear to be aimed at existing automakers in Illinois, especially Stellantis and Ford. They have huge conventional auto assembly plants … END_OF_DOCUMENT_TOKEN_TO_BE_REPLACED

After more than two years of extensions enacted because of the COVID-19 pandemic, Thursday marked the day where Illinois residents will have to once again renew their driver’s licenses, leading to … END_OF_DOCUMENT_TOKEN_TO_BE_REPLACED