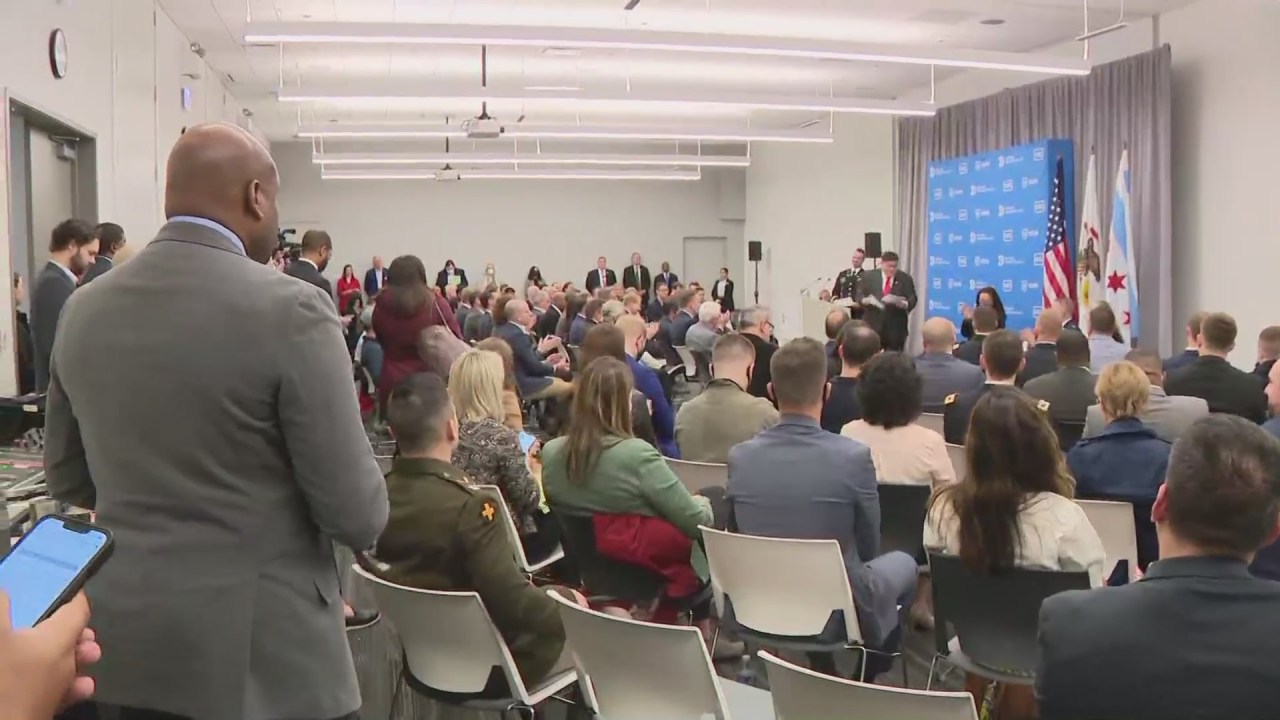 The new hub will help grow the reputation of the city as a tech destination, while bringing vital innovation to the United States Department of Defense.

“They came to Chicago because they saw the incredible tech that’s being developed here in Chicago,” said Department of Defense Senior Leader Major Richard General Neely.

State, city and military leaders gathered to celebrate what they are calling “a critical milestone” for national security and the military.

The office will help link new technology and ideas to the DOD and ensure that such innovations make it into the right hands to help serve the US.

“Making sure our troops have access to cutting edge technology isn’t just a nice thing to have, it’s a necessity for national competitiveness and military readiness. It saves money, it saves time but more importantly it also saves lives,” Illinois Senator Tammy Duckworth said.

The Department of Defense chose Chicago for its fifth Defense Innovation Office due to its growing technology and entrepreneur community.

“We are the number one destination to launch a startup in the Midwest and our innovation ecosystem is growing fast,” Illinois Senator Dick Durbin said.

The hope is for the DOD to tap into that knowledge, benefit from the many colleges and research labs in the city and become a hub for all of the Midwest to come to with new ideas. The new attraction will also help attract more top talent to the city, Mayor Lori Lightfoot believes.

“And now with DIU’s expansion in Chicago, we will be able to further enhance our status as a leading hub for 21st century innovation and attract more companies and more hubs to Chicago. And this important validation will do wonders to add to our growing our reputation for a place to be in the country for tech innovation.”

Added Illinois Governor JB Pritzker: “Chicago and Illinois are once again proud to play an important role in building our nation’s future, a better future for everyone. Helping to safeguard democracy here at home and abroad today and in the years to come.”

WAUCONDA, Ill. (AP) — A bison that escaped a suburban Chicago farm last September and had been living in the wild since was recaptured Wednesday, officials said. The 1,300-pound bison some had come … END_OF_DOCUMENT_TOKEN_TO_BE_REPLACED

With suburban home value growth surpassing that of urban homes, the most popular areas appear to be outside the city. According to Zillow, all 10 of its current top markets are located roughly 30 … END_OF_DOCUMENT_TOKEN_TO_BE_REPLACED

The measure passed 30-19. After the first meeting adjourned, the City Council briefly met for a second time during a special meeting called for by 30 aldermen to grill city leaders about Chicago’s … END_OF_DOCUMENT_TOKEN_TO_BE_REPLACED