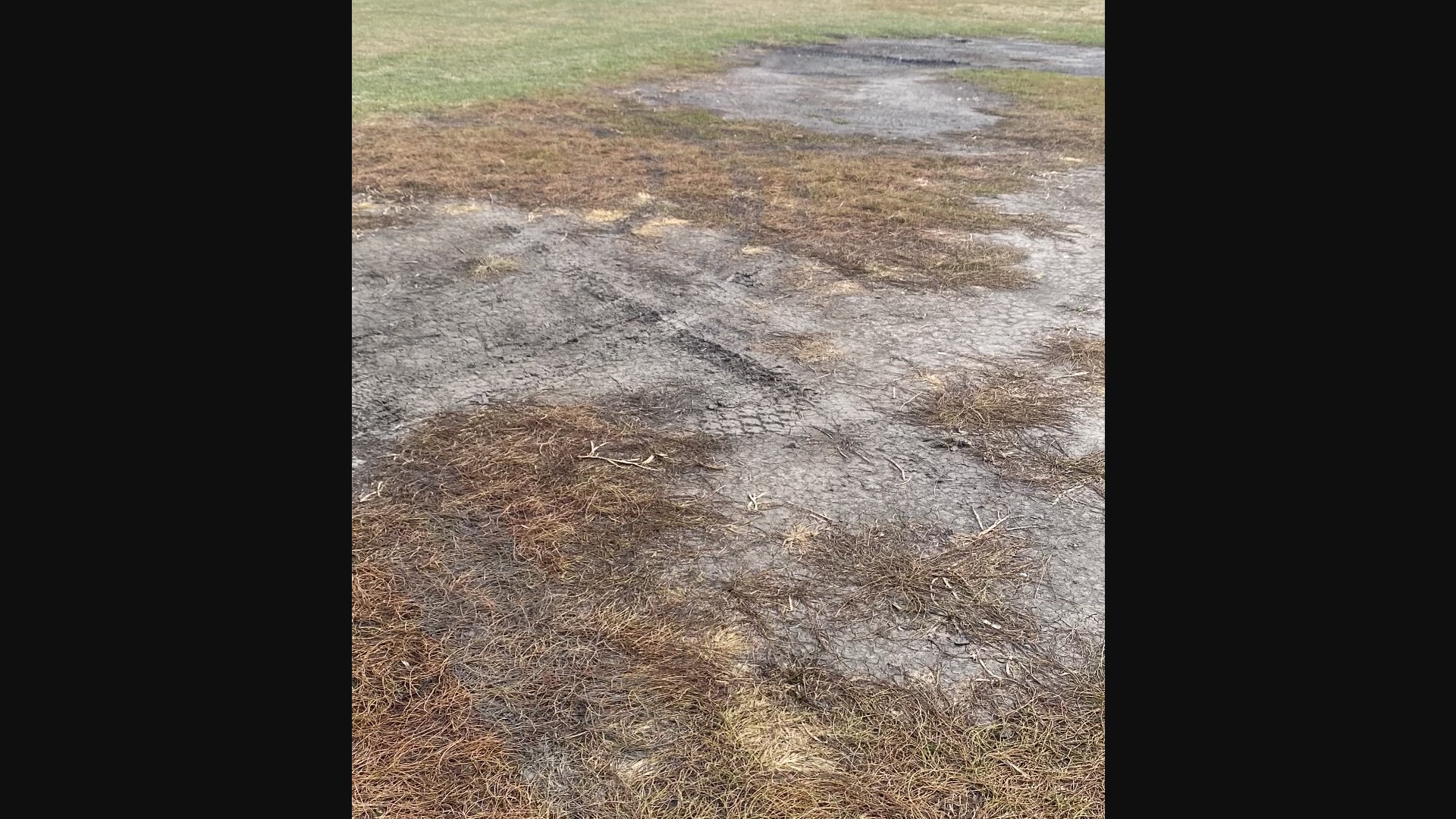 However, even though the last festival, Riot Fest, is over, residents say its impact can still be seen.

They point to imprints from where stages were, track marks from vehicles and damage to the park’s sports fields.

“Not only our children are pushed out of the park because of the festivals, but then you think about fall sports,” said Anton Adkins, who lives across from Douglass Park. “[The fields] are badly used and I don’t think that those teams deserve to play in such a space like that.”

This damage comes after the park has been used for three massive Chicago festivals this summer: Summer Smash in June, Heatwave in July and Riot Fest this past weekend. Riot Fest alone brings some 40,000 attendees to the park each day.

Even though the park is fully open now, Elvia Rodriguez Ochoa, director of education and engagement with Friends of the Parks, said kids don’t really get a chance to use the park because they’re back to school and there’s less sunlight.

“If they go there after school, they might have an hour, where before they could have spent several hours a day,” Rodriguez Ochoa said.

Under fire from residents, the Chicago Park District is planning to adopt a new rule requiring approval from its board of commissioners for events that bring over 10,000 attendees. In addition, there must be a community engagement process for public input on pending permit applications.

Rodriguez Ochoa said there are still questions surrounding this plan, like if there are consequences if a community meeting isn’t held or if it’s not productive. She pointed to a community meeting held by Riot Fest in August, where “residents complained that the meeting was poorly advertised, lacked structure, and ignored their concerns.”

Adkins said he takes the festival coming in without community consideration as a sign that the festival isn’t for residents.

“They show up, bands and all of it, do their job, take in the entertainment and then they leave without care or concern without people in the community,” Adkins said. “We are left with whatever they left, we still have the same neglected park.”