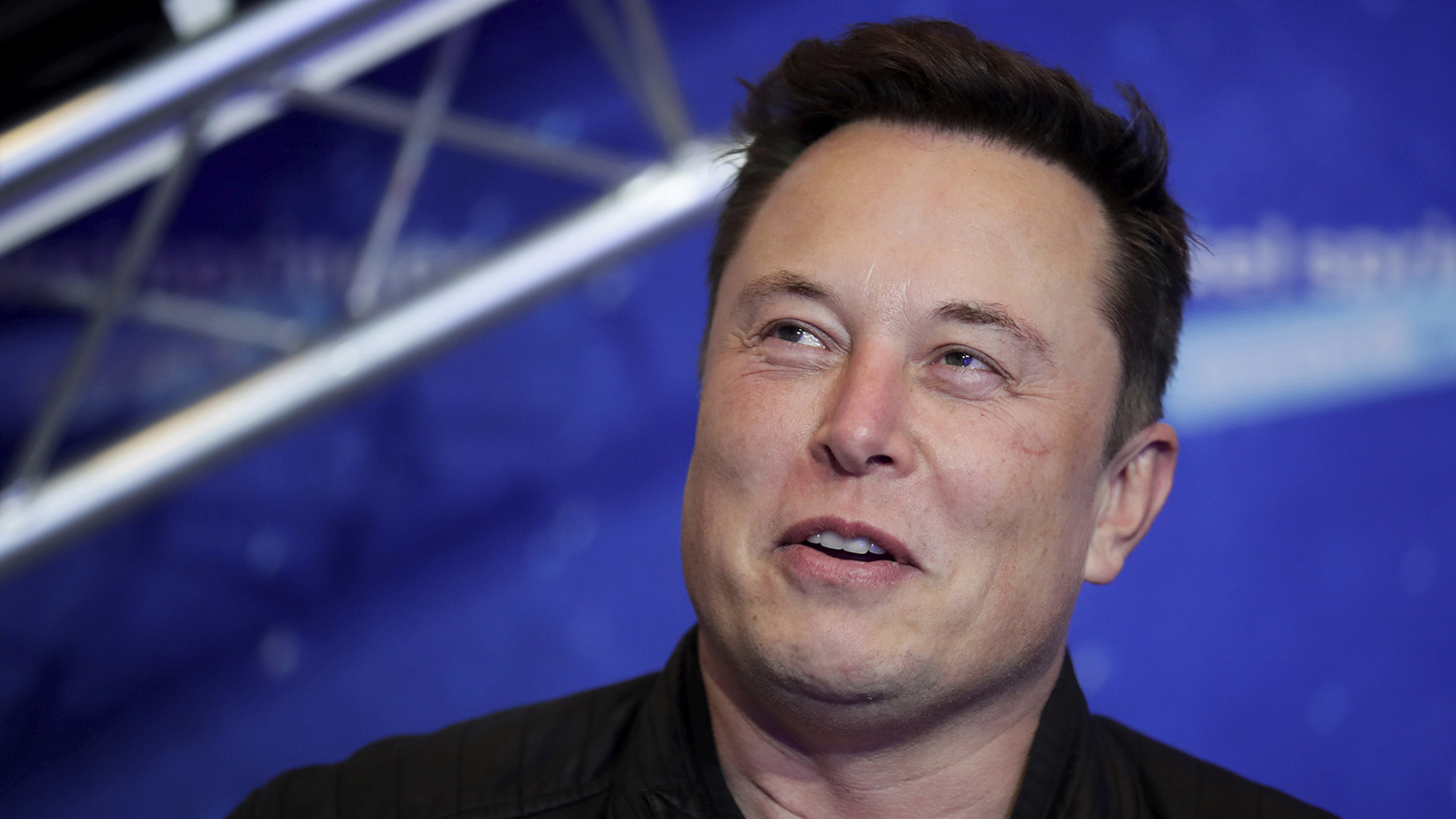 
In 10 days, Tesla CEO Elon Musk has gone from popular Twitter contributor and critic to the company’s largest individual shareholder to a would-be owner of the social platform — a whirlwind of activity that could change the service dramatically given the sometimes whimsical billionaire’s self-identification as a free-speech absolutist.

Twitter revealed in a securities filing Thursday that Musk has offered to buy the company outright for more than $43 billion, saying the social media platform “needs to be transformed as a private company” in order to build trust with its users.

Later in the day, during an onstage interview at the TED 2022 conference, he went even broader: “Having a public platform that is maximally trusted and broadly inclusive is extremely important to the future of civilization.”

Since it burst onto the scene in 2006, Twitter has been home to flourishing social and political commentary, shared news, scandal gossip, cat memes and dress color arguments. But it has also provided a platform for viral misinformation and lies, bullying and hate speech and gangs of trolls who can shout down posters they disagree with by unleashing tidal waves of vile images, threats and similar acts of online aggression.

Twitter has devoted a substantial amount of effort to stanching the latter while preserving the former — though not always in ways that satisfy most users. Like other platforms, it has established restrictions on tweets that threaten violence, incite hatred, bully others and spread misinformation. Such rules drove Twitter’s decision to ban former President Donald Trump following the 2021 Capitol insurrection.

Twitter has also become a destination for brands and advertisers, many of whom prefer stronger content restrictions, and a megaphone for high-profile figures like Trump and Musk, who’s used it to rally supporters and promote business ventures.

Musk, who described Twitter as a “de facto town square,” detailed some specific potential changes Thursday — like favoring temporary rather than permanent bans — but has mostly described his aim in broad and abstract terms.

He said he wanted to open up the “black box” of artificial intelligence technology driving Twitter’s feed so that people would have more transparency about why some tweets might go viral and others might disappear. “I wouldn’t personally be in there editing tweets,” he said, “but you would know if something was done to promote, demote or otherwise affect a tweet.”

The billionaire has been a vocal critic of Twitter, mostly over his stated belief that it falls short on free-speech principles. The social media platform has angered followers of Trump and other right-wing political figures who’ve had their accounts suspended for violating its content standards on violence, hate or harmful misinformation. Musk has described himself as a “free-speech absolutist” but is also known for blocking other Twitter users who question or disagree with him.

While Twitter’s user base remains much smaller than those of rivals such as Facebook and TikTok, the service is popular with celebrities, world leaders, journalists and intellectuals. Musk himself has more than 81 million followers, rivaling pop stars such as Lady Gaga.

Twitter shares closed at $45.08, down just under 2%, well below Musk’s offer of $54.20 per share. That’s generally a sign that some investors doubt the deal will go through. The stock remains down from its 52-week high of about $73.

Musk called that price his final offer, although he provided no details on financing. The offer is non-binding and subject to financing and other conditions.

Twitter said it will decide whether accepting the offer is in the best interests of shareholders. It’s unclear, though, just how Twitter’s board will react after evaluating the offer. It likely will negotiate, seeking a higher price per share, or it may want provisions to ensure that the board remains independent of Musk, said John Coffee, a professor at Columbia University’s law school and head of its corporate governance center.

The board could adopt “poison pill” provisions to offer more shares and dilute the value of Musk’s holdings, if Musk’s stake grows to 10% or 15%, Coffee said. Even then, Musk could still take over the company with a proxy fight by voting out the current directors.

At the TED conference, Musk said he has the money. “I could technically afford it,” he said to laughs.

Should Musk go through with his takeover attempt, he likely could raise the roughly $43 billion he needs, possibly by borrowing billions using his stakes in Tesla and SpaceX as collateral.

Most of Musk’s fortune, estimated by Forbes to be nearly $265 billion, is tied up in shares of Tesla. The company allows executive officers to use shares as collateral for loans, but limits the borrowing to 25% of the value of the pledged shares.

Data provider FactSet says Musk owns 172.6 million shares worth $176.47 billion. Just over 51% of his stake already is pledged as collateral, according to a Tesla proxy statement. That means Musk could use the remaining stake to borrow about $21.5 billion. He also could borrow on his stake in privately held SpaceX.

Musk revealed in regulatory filings over recent weeks that he’d been buying Twitter shares in almost daily batches starting Jan. 31, ending up with a stake of about 9%. Only Vanguard Group controls more Twitter shares. A lawsuit filed Tuesday in New York federal court alleged Musk illegally delayed disclosing his stake in the social media company so he could buy more shares at lower prices.

The U.S. Securities and Exchange Commission could punish Musk for hurting other investors by taking too long to disclose his buying up of Twitter shares, but it’s unlikely that it will do anything to stop a takeover, said Chester Spatt, a former SEC chief economist.

“This is going to play out reasonably quickly,” said Spatt, now a finance professor at Carnegie Mellon University.

Jacob Frenkel, a former SEC enforcement attorney now with the Dickinson Wright law firm in Washington, said it is difficult to prove an investor’s intent in disclosure cases. “The mere fact of the violation around the disclosure does not mean that there was fraud,” Frenkel said.

However, there is “plenty of fodder for an investigation” into whether anyone with knowledge of Musk’s share purchases traded in the stock before Musk’s public disclosures, Frenkel said.

After Musk announced his stake, Twitter quickly offered him a seat on its board on the condition that he not own more than 14.9% of the company’s outstanding stock. But the company said five days later that he’d declined. The decision coincided with a barrage of now-deleted and not-always-serious tweets from Musk proposing major changes to the company, such as dropping ads — its chief source of revenue — and transforming its San Francisco headquarters into a homeless shelter.

The turnabout led CEO Parag Agrawal to warn employees earlier this week that “there will be distractions ahead” and to “tune out the noise and stay focused on the work.”

Twitter hasn’t done as well as its social media rivals and lost money last year. The company reported a net loss of $221 million for 2021 largely tied to the settlement of a lawsuit by shareholders who said the company misled investors about how much its user base was growing and how much users interacted with its platform. Its co-founder Jack Dorsey resigned as CEO in late November and was replaced by Agrawal.

“I’m not saying I have all the answers here, but I do think that we want to be just very reluctant to delete things and just be very cautious with permanent bans,” Musk said. “It won’t be perfect,” he said, but there should be a perception and reality that speech is “as free as reasonably possible.”

CHICAGO — Former Ukrainian troops are visiting Chicago to pay tribute to their brothers-in-arms this Memorial Day Weekend. Ukrainian veterans who fought in places like the Donbas region and the … END_OF_DOCUMENT_TOKEN_TO_BE_REPLACED

Hart was promoted to president from general counsel in 2020, but the CARES Act compensation limits were based on 2019 pay. His total compensation last year was estimated at $3.5 million, mostly … END_OF_DOCUMENT_TOKEN_TO_BE_REPLACED

After an often-contentious floor debate, the Chicago City Council has passed a new weekend curfew for the city’s residents, moving it back from 11 p.m. to 10 p.m. on weekends. The new ordinance will … END_OF_DOCUMENT_TOKEN_TO_BE_REPLACED