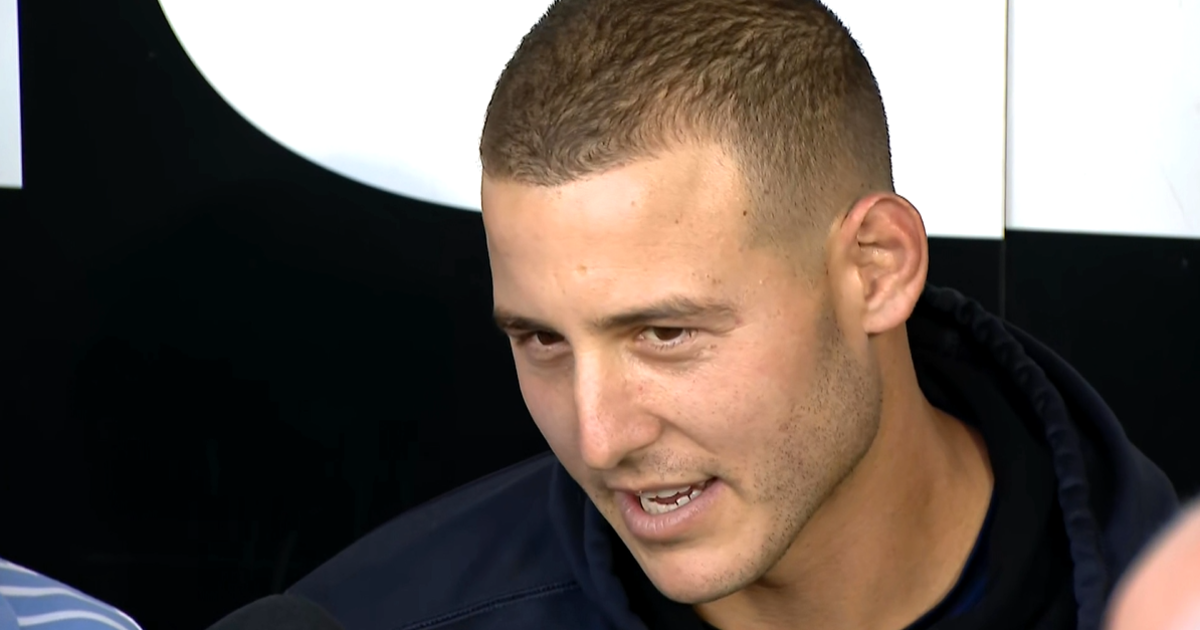 CHICAGO (CBS) — Former Cub Anthony Rizzo is back in Chicago with the New York Yankees as they take on the White Sox.

The Thursday night game is Rizzo’s first back in the city where he made such an indelible mark in nine-plus seasons with the Cubs – in particular during their 2016 World Series championship run.

Rizzo was traded from the Cubs to the Cubs in July of last year.

The city clearly still means a lot to him, but he is a little thankful that he gets to ease into his return a bit playing at Guaranteed Rate Field rather than Wrigley Field.

“Playing here on the South Side will be a little easier the first time coming back as a player, as opposed to shoving right into Wrigley again. But it feels good, always being here,” Rizzo said. “This is obviously a special place. That will never change.”

It’s not Wrigley Field, but here’s Anthony Rizzo taking the field for his first game back in Chicago since being traded by the Cubs last summer. @cbschicago pic.twitter.com/CbDaajtHit

Rizzo has fond memories of his time with the Cubs.

“We did everything we could every year to win, so there’s really nothing that we left unturned not to win every single day,” he said.

Rizzo did admit he was quote “pissed off” when the Cubs traded him, but he understands it’s a business.

But Rizzo does seem genuinely happy now playing with the Yankees now – especially since it’s much easier to hit home runs as a lefty at Yankee stadium than it was at Wrigley.

Matt Zahn joined CBS2 Chicago in October 2016 as a sports reporter and fill-in sports anchor, and what a time to come to Chicago. Matt arrived just as the Cubs won the World Series.

Advocates staged a tent city in the lobby of City Hall during Mayor Lori Lightfoot's budget address on Monday, Oct. 3, 2022, calling on Chicago to provide a dedicated stream of funding to tackle the … END_OF_DOCUMENT_TOKEN_TO_BE_REPLACED

The candidates face off Dec. 6 in the final Senate contest of the 2022 midterms because neither surpassed 50% of the vote in the general election a little more than two weeks ago, which included a … END_OF_DOCUMENT_TOKEN_TO_BE_REPLACED