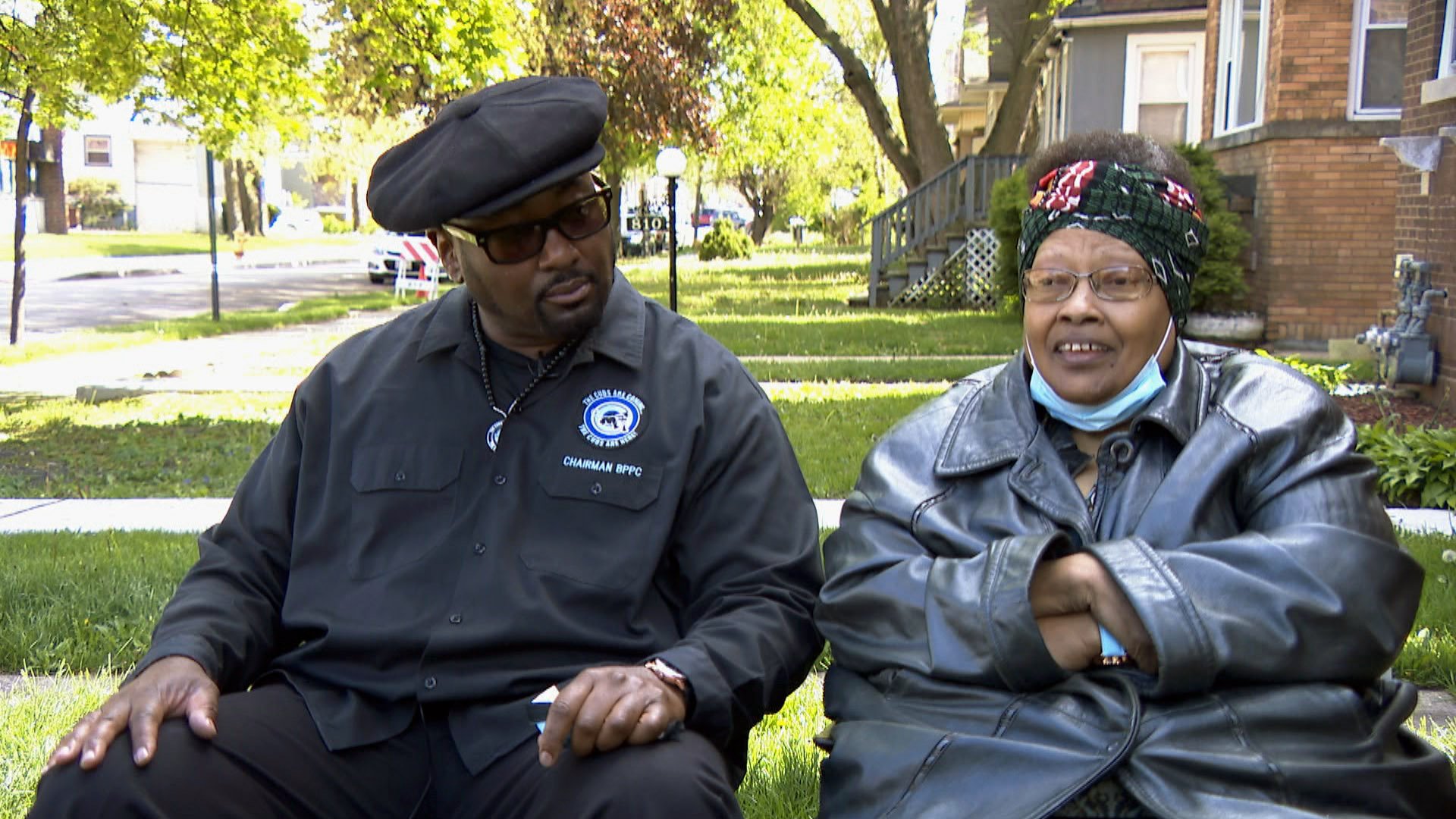 The film “Judas and the Black Messiah” tells the story of how Fred Hampton led the Chicago chapter of the Black Panther Party, and the circumstances surrounding his death in 1969.

“They had such great actors and actresses … everybody was on point,” Njeri said. “LaKeith Stanfield was so wonderful, I told him, I said, ‘Oh, you did that thing, but I can’t hug you, ‘cause you’re [William] O’Neal.”

But Njeri says that for her, Daniel Kaluuya’s performance was the heart of the film.

“Daniel, I knew from the start he would have it, just from his life experiences. We met with him at the Hampton House, we had a six- or seven-hour meeting,” she said.

Fred Hampton Jr. recalled the details he and his mother consulted on for the film.

“Things people take for granted, like the body language … who would draw the gun first, different dynamics,” he said. “There were different times there were a lot of struggles where our political position may have clashed with what creatively speaking might have been advantageous, so we tried to struggle for some points of unity, because we’re not going to compromise the legacy of Chairman Fred or the Black Panther Party.”

Njeri said the film helps spread the word about Hampton’s story and also cements the legacy of the Black Panther Party’s work.

“The movie is able to talk to more people than we ever can,” she said. “This was an organization, a revolutionary political organization that went toe to toe against this government in the interest of the people when it wasn’t popular … A truthful, factual account of what the Black Panther Party was and did is very important.”

Hampton Jr. and Akua are continuing the work of the Panthers through the Black Panther Party Cubs. A GoFundMe campaign to raise money to save the Hampton House got a boost after the film’s release, they said. Hampton Jr. said the money they raised will go towards restoring the building and programs to support their community.

Cook County this week has 51 cases per 100,000 people, up 78 percent from the prior 7-day period, CDC data shows. Under the federal agency’s recommendation, areas of substantial transmission are those … END_OF_DOCUMENT_TOKEN_TO_BE_REPLACED

Origin launched its first QOZ fund in 2018 and has committed $100 million of the $265 million it raised to five apartment projects, including one recently completed in Pilsen. Origin plans to use the … END_OF_DOCUMENT_TOKEN_TO_BE_REPLACED