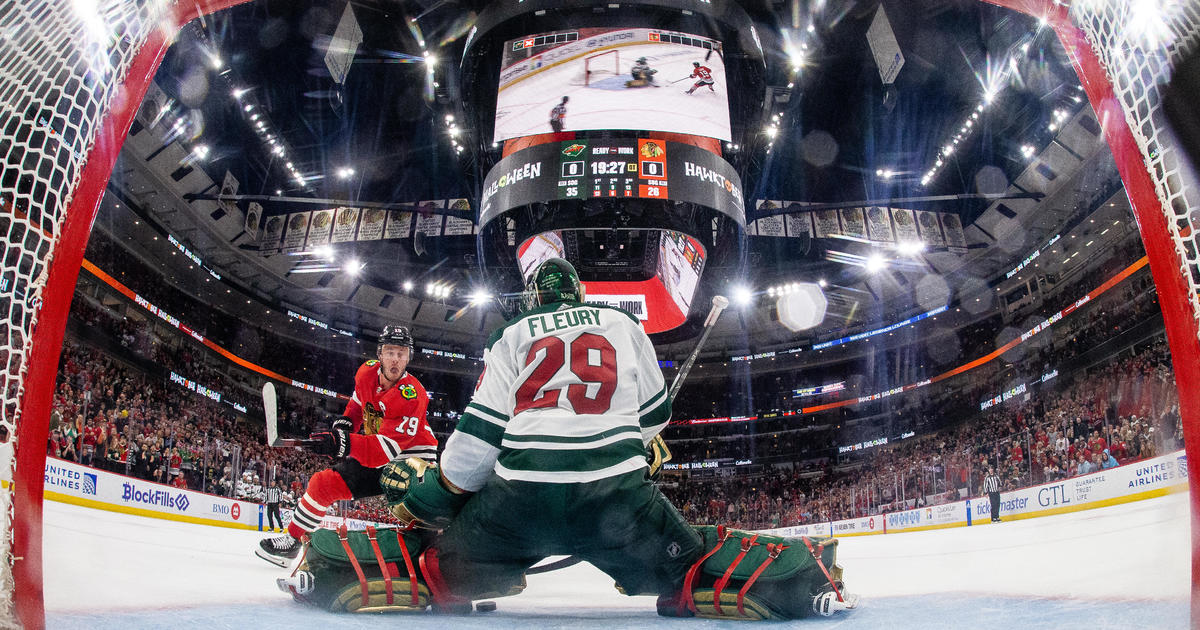 CHICAGO (AP) — Frederik Gaudreau scored on a backhander in the third round of a shootout to give the Minnesota Wild a 4-3 victory over the Chicago Blackhawks on Sunday night.

Kirill Kaprizov scored for the Wild in the second round. Marc-Andre Fleury stopped Chicago’s Jonathan Toews and Patrick Kane in the shootout to help give Minnesota coach Dean Evason his 100th NHL victory.

“I got lucky on Toews,” said Fleury, who played for Chicago last season. “We see so many breakaways in practice. I knew he loves 5-hole; he sells it so well, but I got a piece of it. And Kaner, it’s hard to stay patient.”

Matt Boldy scored twice in regulation for Minnesota and rookie Mason Shaw had his first NHL goal. Fleury made 23 saves.

“It nice to get them right after their goals,” Boldy said. “The first one is a great play by Hartsie (Ryan Hartman) and the second is almost into an empty net. They make it easy.”

“We have to be the one to dictate what goes on in the game,” Chicago coach Luke Richardson said. “And at the end of games.”

Minnesota had the only shots in overtime, with Chicago goalie Alex Stalock stopping Joel Eriksson Ek with a brilliant toe save on the doorstop. Stalock stopped 32 shots.

“We gave ourself a chance to do good things and didn’t do enough bad things to let the game slip away,” Evason said. “A hundred wins, it’s great. But just happy to get the two points.”

Hartman was injured in a scuffle with Jarred Tinordi in the second period, and didn’t play the final 34 minutes. He went off favoring his right shoulder. The Wild called it an upper-body injury.

The hard shot Chicago defenseman Seth Jones blocked Saturday night will cost him three to four weeks. X-rays Sunday confirmed a broken right thumb on the shot by Buffalo’s Jeff Skinner in a 4-3 loss to the Sabres.

CHICAGO — A Chicago man faces criminal charges in the riot at the US Capitol nearly two years ago.  Federal authorities say James McNamara was identified as the suspect seen repeatedly ramming the … END_OF_DOCUMENT_TOKEN_TO_BE_REPLACED

Other provisions would loosen the definition of an EV worker and appear to be aimed at existing automakers in Illinois, especially Stellantis and Ford. They have huge conventional auto assembly plants … END_OF_DOCUMENT_TOKEN_TO_BE_REPLACED