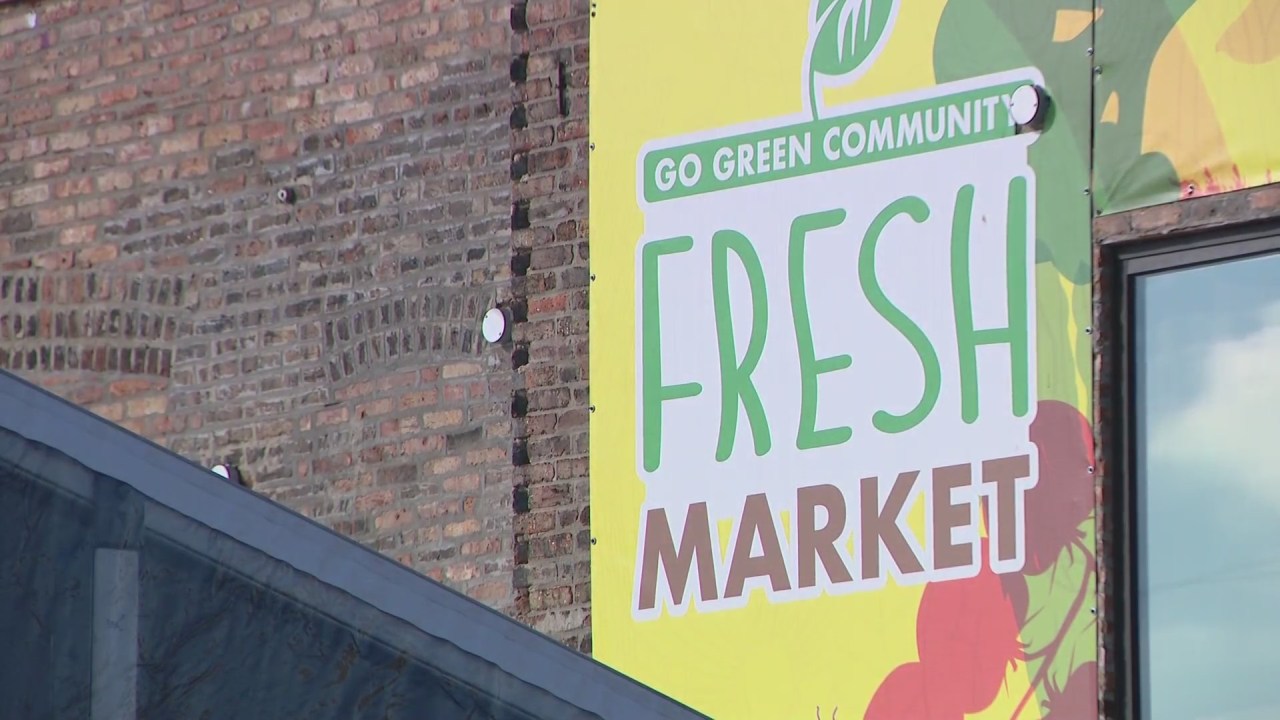 CHICAGO — The Englewood neighborhood is now home to a new fresh market. The non-profit behind it hopes it will become a model for the new corner store in minority communities.

The organization behind the new fresh market have been working on it for 25 years. Part of the goal is to have the fresh foods found in a grocery store, but keep that neighborhood corner store feeling.

The Go Green Fresh Market, located at 63rd and Racine, was the vision of the Inner City Muslim Action Network, a non-profit very active in the community.

The deputy director said they tried to give the neighborhood access to the fresh produce and foods, they say, most corner stores just don’t have.

The funding for the $5 million Go Green Fresh Market came from a variety of sources, including several foundations, state agencies and the City of Chicago chipped in about 1.5 million as part of its Chicago Opportunity Fund.

The official ribbon cutting was Tuesday morning. The hope is that this becomes the model for corner stores across the city.

SENECA, Ill. — 15 people were injured in a boat fire in Seneca on Saturday afternoon, with one person suffering serious injuries, police said. According to Illinois State Police, troopers responded … END_OF_DOCUMENT_TOKEN_TO_BE_REPLACED

Vallas was CEO of Chicago Public Schools from 1995 to 2001 and served as city budget director under former Mayor Richard M. Daley. More recently, he worked as an unpaid consultant to the Fraternal … END_OF_DOCUMENT_TOKEN_TO_BE_REPLACED

As we continue our look at the candidates running for office this summer, we’re turning our eye toward Illinois’ 2nd Congressional District, where incumbent Rep. Robin Kelly is hoping to be elected to … END_OF_DOCUMENT_TOKEN_TO_BE_REPLACED