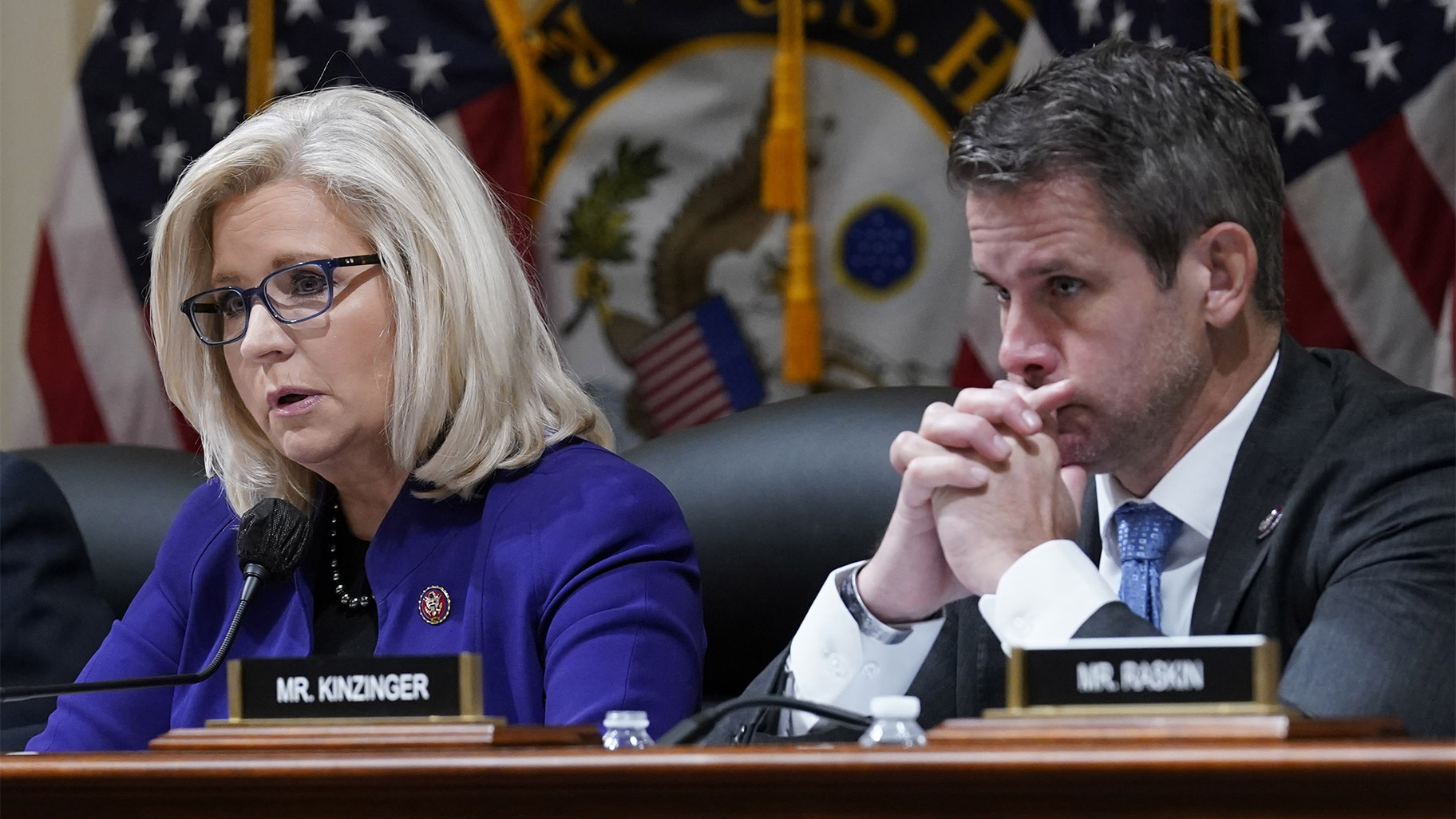 
SALT LAKE CITY (AP) — Republican Party officials on Friday voted to punish GOP Reps. Liz Cheney and Adam Kinzinger for their work on the House committee investigating the Jan. 6 insurrection and advanced a rule change that would prohibit candidates from participating in debates organized by the Commission on Presidential Debates.

GOP officials took a voice vote to approve censuring Cheney and Kinzinger at the Republican National Committee’s winter meeting in Salt Lake City. On Thursday, members of an RNC subcommittee decided to advance the censure resolution against the pair instead of calling for their expulsion from the party.

The censure resolution accuses Kinzinger and Cheney of “participating in a Democrat-led persecution of ordinary citizens engaged in legitimate political discourse” — a striking description of the violent attack on the Capitol by supporters of then-President Donald Trump.

It also calls on the party to no longer support Cheney and Kinzinger as Republicans.

Cheney, of Wyoming, and Kinzinger, of Illinois, are the only two Republicans on the House committee investigating the Jan. 6, 2021, attack on the Capitol. Trump and other GOP members were incensed when Kinzinger and Cheney agreed to House Speaker Nancy Pelosi’s invitation to join the Democratic-led House committee, giving the Jan. 6 panel a veneer of bipartisan credibility.

The move to withhold support for Cheney could benefit her primary opponent, Harriet Hageman, who has been endorsed by Trump. Wyoming’s primary is in August.

Kinzinger is not running for reelection.

RNC members also voted in favor of a rule change that would prohibit their candidates from participating in debates organized by the Commission on Presidential Debates. The institution has been a staple of presidential elections for three decades, but Republicans have decried the format as biased.

“Restoring faith in our elections means making sure our candidate can compete on a level playing field,” RNC chair Ronna McDaniel said in a speech on Friday.

SENECA, Ill. — 15 people were injured in a boat fire in Seneca on Saturday afternoon, with one person suffering serious injuries, police said. According to Illinois State Police, troopers responded … END_OF_DOCUMENT_TOKEN_TO_BE_REPLACED

Vallas was CEO of Chicago Public Schools from 1995 to 2001 and served as city budget director under former Mayor Richard M. Daley. More recently, he worked as an unpaid consultant to the Fraternal … END_OF_DOCUMENT_TOKEN_TO_BE_REPLACED

As we continue our look at the candidates running for office this summer, we’re turning our eye toward Illinois’ 2nd Congressional District, where incumbent Rep. Robin Kelly is hoping to be elected to … END_OF_DOCUMENT_TOKEN_TO_BE_REPLACED