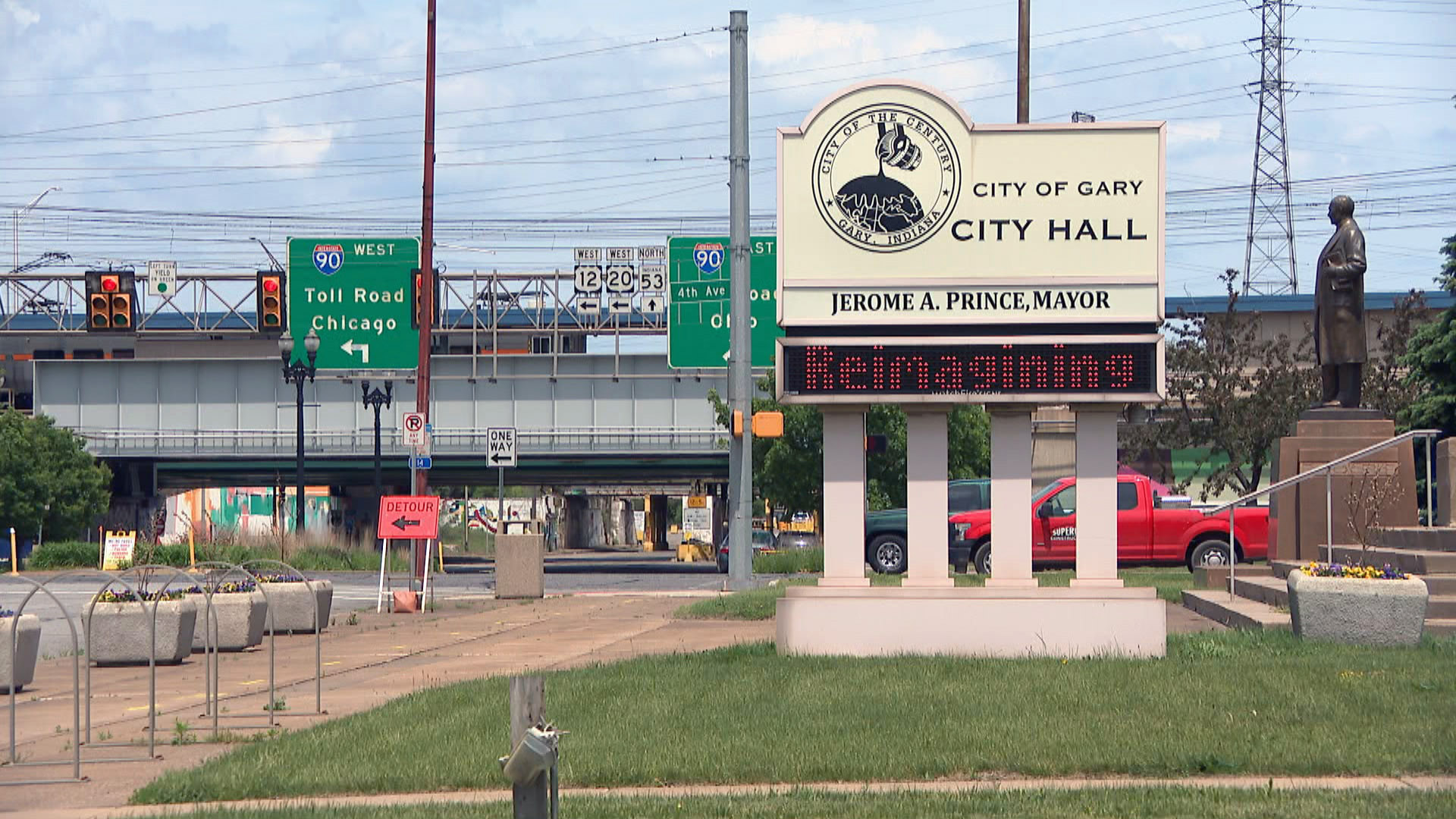 A pilot program is launching in Gary, Indiana, where more than a hundred residents have started to receive monthly payments of $500. (WTTW News)


Augustine Lewis has lived in Gary, Indiana, since 1976, when he moved to the city to work in the steel mills.

“I had met some people from Gary who were in the Air Force with me, and they told me about the steel mills and how you could really accumulate money in a fast way,” said Lewis, 66. “They were right. The steel mill paid well, you could pay your bills and have something left over.”

Lewis worked at U.S. Steel until the early 2000s when he was laid off. He’s now retired and living on a fixed income – just enough to meet expenses and occasionally support his son Austin, who has autism and lives near Indianapolis.

“My bills come out exactly to what my checks from Social Security and veterans pay is, and I’m able to buy one McDonald’s and nothing extra,” he said.

But starting in May, Lewis received his first of 12 monthly payments of $500, as part of a no-strings-attached guaranteed income pilot program.

“My spending habits will change,” he said, laughing. “I’ll be able to spend a little bit more, either on groceries or gasoline to go to see Austin when this pandemic eases up.”

Lewis is one of 125 Gary residents getting the money, chosen by lottery out of around 4,000 applicants, who had to show they made less than $35,000 a year, among other criteria.

For Gary Mayor Jerome Prince, the public-private pilot is about expanding the safety net for residents straining to make ends meet.

“We have folks who are existing from payday to payday, and oftentimes they don’t have the necessary resources to meet unexpected expenses. And I think that’s when things sort of have the potential to cause even larger impediments, or in some instances very catastrophic situations,” he said.

The program is being paid for by $500,000 in seed money from the group Mayors for a Guaranteed Income, with the rest coming from private funding. Prince stresses that the monthly payments are about compassion – not a government handout.

“If you were given an additional $6,000 a year, would you stop working? I think the answer would be a resounding no,” Prince said. “This is about providing people an opportunity to better themselves and giving them the impetus to do so.”

Officials running the pilot program say success over the next 12 months could mean a lot of things, like letting people fix up their cars so they can drive to work or taking their kids on a vacation out of state to visit family for the first time ever.

Burgess Peoples is the executive director of GIVE Gary, or Guaranteed Income Validation Effort, the group facilitating the pilot’s logistics and partnerships with the city and other stakeholders.

Peoples is also working with a control group: an additional 156 Gary residents who are not receiving payments, but filling out surveys about their economic needs and challenges.

Over the past few years, universal income has become a mainstream idea, thanks in part to politicians like Andrew Yang who have championed the cause, as well as federal stimulus payments during the pandemic.

Earlier this spring, a proposal was introduced to the Chicago City Council to use federal relief funds for a similar guaranteed income program, but it has yet to advance out of committee.

In Gary, Peoples says one-off checks are great, but regular support is needed to make a significant difference.

“You have someone who is already in a hole. You give them $600 or $1,200, they have to rapidly pay bills or rent to keep their homes, right back in the same rut they were in,” she said. “So if you give them dollars consistently, they can consistently pull themselves out of the situation and then start building and starting over again.”

For Augustine Lewis, starting over again means going back to school to study social work. He’s hoping to use part of his monthly payments to become a counselor for addicts and their families.

“I think Gary is going to rise and I hope to be a part of it,” he said. “Once I get into the social work I expect to one day have a counseling office of my own, where people would come to me and I would also be able to go out into the field. That’s what my hopes are.”

CHICAGO — The City Council on Monday delayed a vote on Mayor Lightfoot’s curfew change — but a group of young residents are urging members to vote no. The young adults are part of the racial … END_OF_DOCUMENT_TOKEN_TO_BE_REPLACED

The fire at the former Pheasant Run Resort, 4051 E. Main St., broke out Saturday afternoon, sending huge plumes of smoke into the sky surrounding the closed resort and drawing dozens of onlookers who … END_OF_DOCUMENT_TOKEN_TO_BE_REPLACED

As the 2022 political season gets into full swing, one of the most intriguing candidates for elected office is Herschel Walker. The star running back with the University of Georgia and Dallas Cowboys … END_OF_DOCUMENT_TOKEN_TO_BE_REPLACED