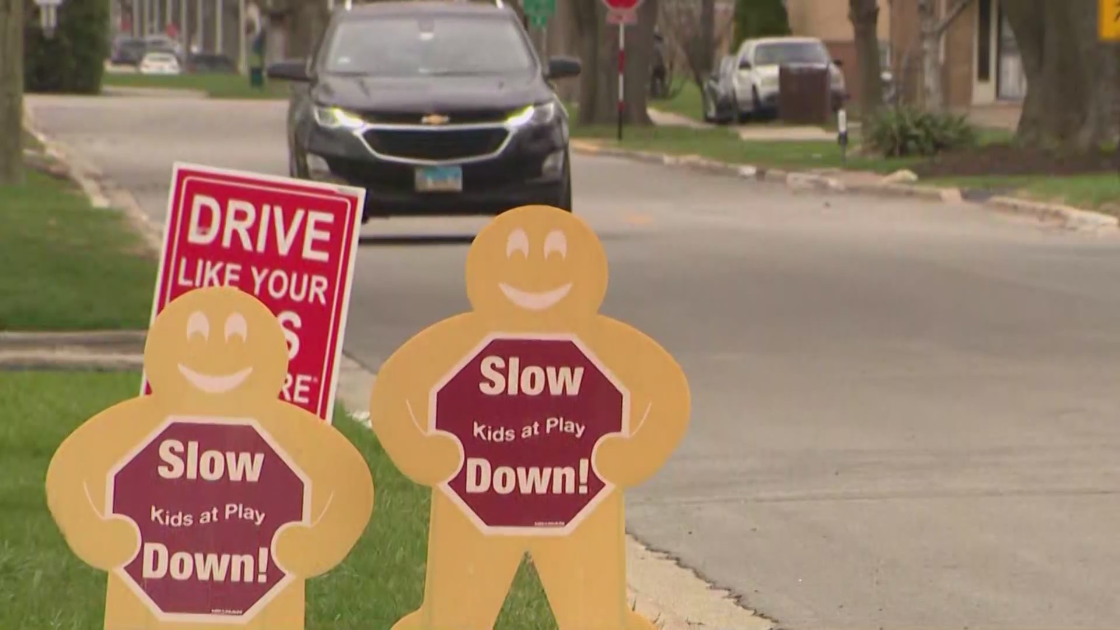 HILLSIDE, Ill. — Hillside residents are expressing concern over routine speeding in residential areas, with many residents concerned for the safety of their children.

Residents near Forest Avenue in Hillside said drivers are regularly seen doubling or even tripling the residential 20 miles per hour speed limit, with one car crashing into a yard, narrowly missing a home.

Surveillance cameras have captured cars driving 50 to 60 miles per hour in the area on streets that do not have sidewalks.

A petition for speed monitors in the neighborhood is gaining traction among residents, wanting more resources to address a problem before a potential tragedy.

“For the last seven weeks, our police department has been aggressively enforcing traffic violations in the area where this incident occurred which has resulted in dozens of tickets issued for stop sign and speed violations. Other steps taken to calm traffic are dedicated unmarked police units stationed at intersections, upgraded stop signs and street paint, and ongoing conversations with residents about the use of speed humps and traffic circles.“

Residents have said they have not seen much of a police presence in the area and want more to be done.

Gov. J.B. Pritzker on Wednesday signed into law legislation that bans so-called "ghost guns" across Illinois, making it the first Midwest state to do so. House Bill 4383 aims to crack down on "ghost … END_OF_DOCUMENT_TOKEN_TO_BE_REPLACED