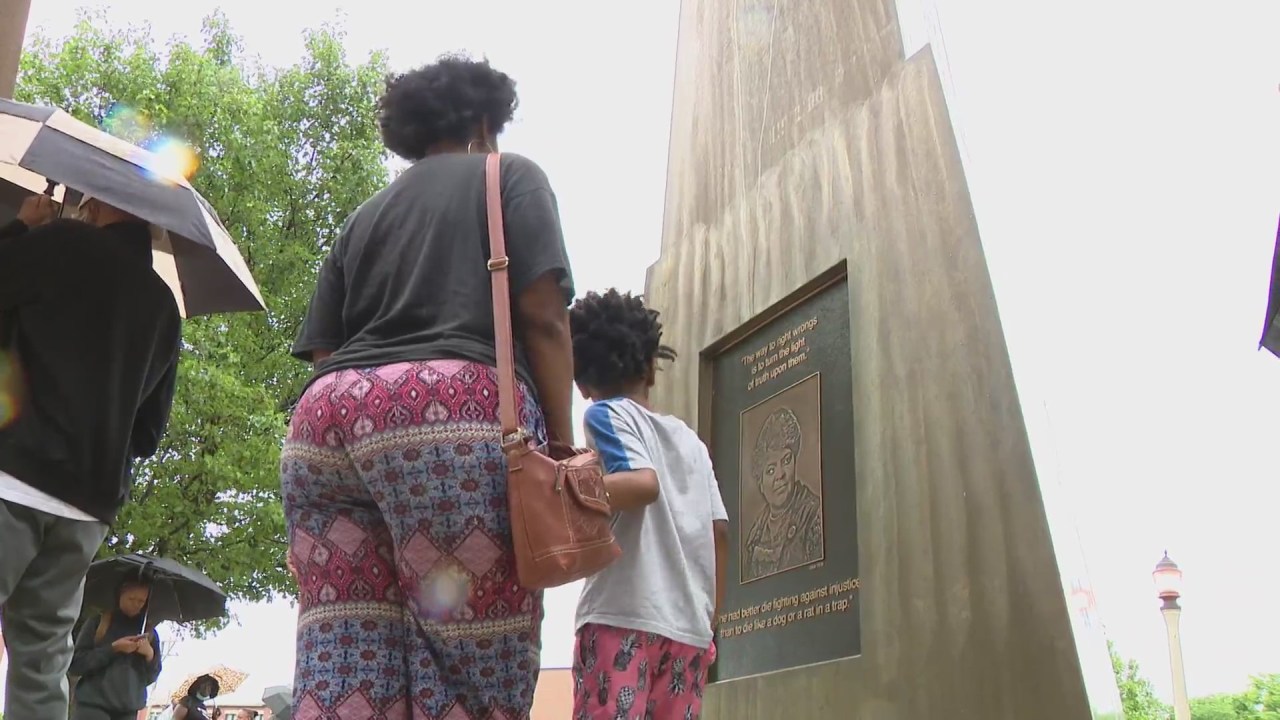 CHICAGO —  At the Ida B Wells National Monument, Chicagoans remember the woman who was ahead of her time.

An organization called the Ida B Action Committee hosted the first Ida B Wells Festival at 37th and South Langley in Bronzeville this weekend.

It was a celebration of what would’ve been Wells’s 160th birthday.

Ida B Wells was born into slavery in Mississippi during the Civil War. She documented the lynching of Black men during the 1890s which made her the target of threats.

After moving to Chicago, Wells protested the exclusion of Blacks in the World’s Fair.

She fought segregation, organized women, helped elect the city’s first Black alderman and paved the way for generations of activists.

The celebration also included a tour of sites that tell the story of Wells’s lasting impact.

Democrats called the bill the largest investment in fighting climate change ever made in the US, and it’s projected to help cut greenhouse gas emissions by about 40% from 2005 levels by the end of the … END_OF_DOCUMENT_TOKEN_TO_BE_REPLACED