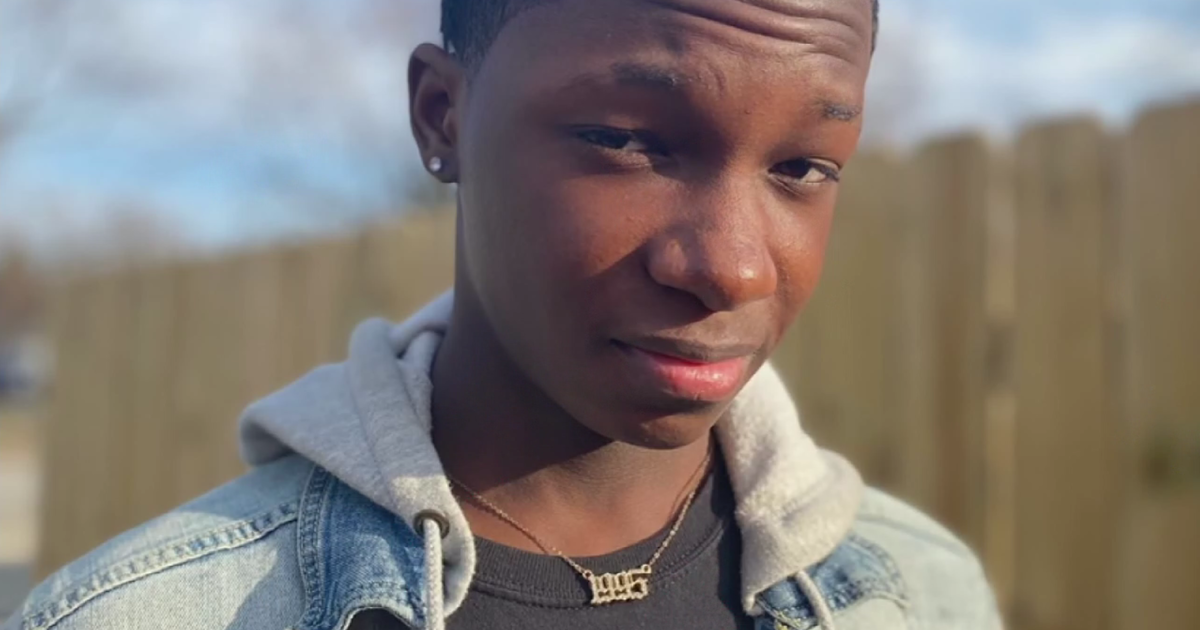 CHICAGO (CBS) — This Thanksgiving eve, the mother of a Northwest Indiana teenager says she is thankful that her son survived an accident that left him paralyzed just days before her turned 16.

As CBS 2’s Charlie De Mar reported Wednesday night, Jabari Griffin rang in his 16th birthday at the intensive care unit at the University of Chicago Medical Center – and he will also be there for Thanksgiving.

Along with physical injuries Jabari is facing, the accident has taken an incredible emotional toll on the entire family.

A protective big brother; a talented artist who loves to swim, dance, and play sports – that’s how Anderson describes her son.

“Jabari is the life of the party,” she said.

But Griffin has been in a hospital bed at the University of Chicago Medical Center since Oct. 25.

He was hit by a car while crossing the street in front of Morton High School in Hammond, Indiana – just days before his 16th birthday

“My son waking up on his 16th birthday paralyzed,” Anderson said. “He can’t move his fingers, his toes, his arms and legs. The only way he can communicate is blinking his eyes.”

Hammond police say Jabari was not in the crosswalk when he was struck, and the driver stayed on scene until officers arrived.

Despite his life-changing injuries, Hammond police sent Jabari a written warning for not obeying the traffic signal.

“It added insult to injury that my son is fighting for his life,” Anderson said.

Through it all, the night before Thanksgiving, Jabari’s mom somehow has found the strength to be grateful.

“I’m thankful that my son is alive,” Anderson said. “My son’s life has a purpose. He’s still here, because the injuries that he sustained alone — it’s amazing that he’s still here.”

Doctors have not given Jabari’s family a timetable for when he might be released.  A GoFundMe has been set up to help with the mounting medical bills. You can find it here.

CHICAGO — A Chicago man faces criminal charges in the riot at the US Capitol nearly two years ago.  Federal authorities say James McNamara was identified as the suspect seen repeatedly ramming the … END_OF_DOCUMENT_TOKEN_TO_BE_REPLACED

Other provisions would loosen the definition of an EV worker and appear to be aimed at existing automakers in Illinois, especially Stellantis and Ford. They have huge conventional auto assembly plants … END_OF_DOCUMENT_TOKEN_TO_BE_REPLACED